Flyknit technology has ushered in a new generation of classics for Nike since it’s launch. Beyond the the tech itself, it’s evolution over the years has been something of note as well. We went from mainly runners during its inception to remastered versions of definitive silhouettes, which is where many took note to the capabilities of the tech. Even where we’ve currently reached on the Nike side of things, with many of the shoes having it incorporated and blended into models seamlessly has been something to enjoy. However, even with the phenomenal work on the Nike end of things its greatest potential to its legacy may be with Jordan Brand. Yeah you heard me right, Flyknit may make its truest impact with Jordan’s. We have seen the new signatures from Jordan Brand do very well with the blending and integration of Flyknit. Both the XXXI and XXXII are refreshing twists rooted in inspiration of the OG models. So, it may not be too farfetched that the Jumpman may be able to do the best with the tech. With that said, as far as the Retros go I know some people are on the fence with the Jordan 1’s, but don’t rule the pair out just yet. 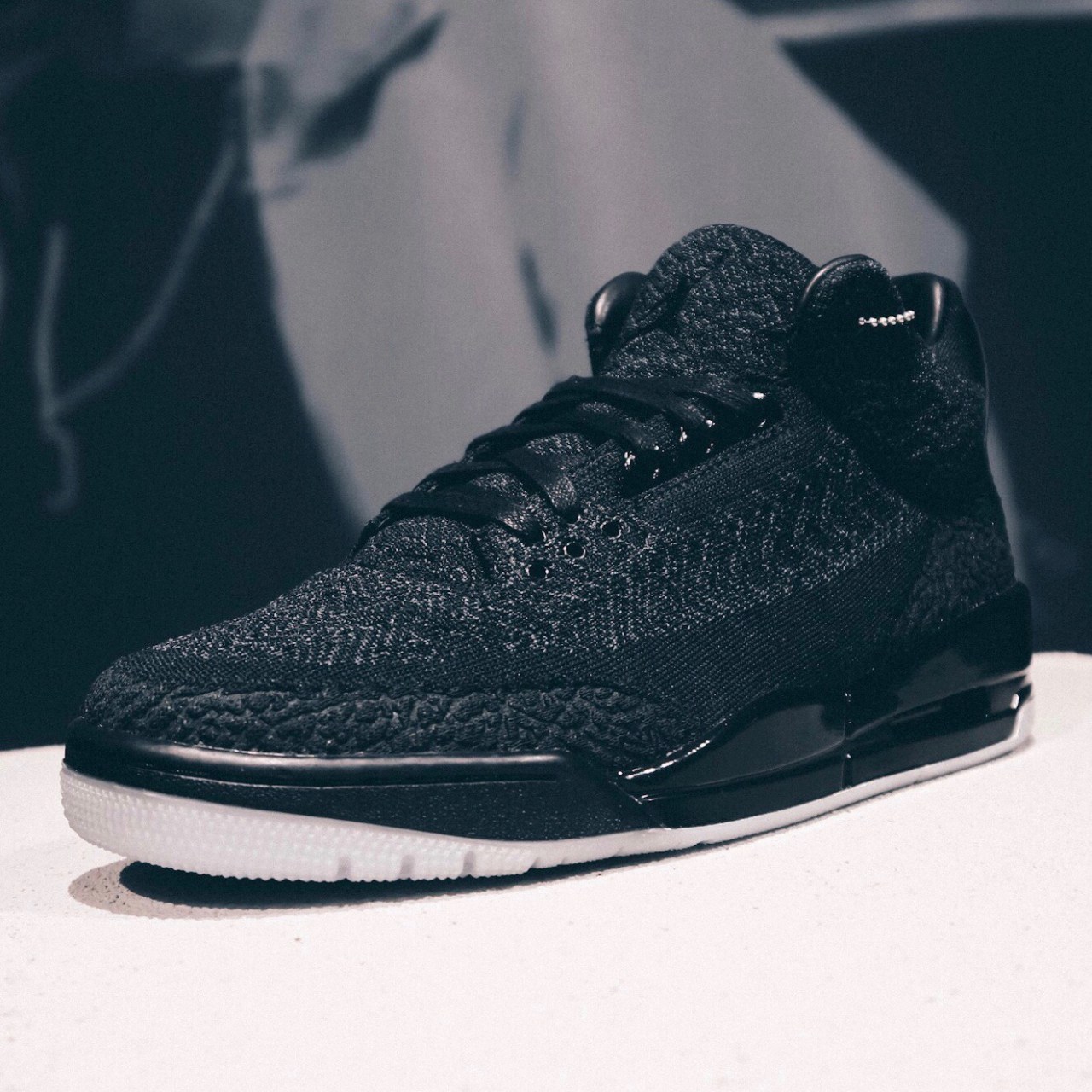 The Flyknit Jordan 3 may be one of my favorite and most frustrating releases of this year. Buying sneakers is very similar to the investment market. It’s rooted in knowing what has the potential to be a popular commodity, and understanding the concepts of buying low and selling high. So with that said, my frustration with the Flyknit Jordan 3 stems from misjudging the availability and desire of the model. The majority of people I spoke with felt the shoe would sit, and as we all saw that was far from the case. I guess many others saw what I saw in the shoe. A pretty much flawless concept and execution, combining the roots of a classic Jordan and new innovation, style, and comfort. On top of that, they had a glow in the dark sole, which can almost never fail. I remembered after hearing the launch was moved, feeling that Jordan had an excellent opportunity by dropping when Marvel released Black Panther. These being a Flyknit rendition of the “Black Cat” Jordan 3, and the knitting giving them a vibe resembling the Panther Habit worn by the T’Challa. Regardless, this shoe showed the full potential Flyknit has with Retros. That may be what threw some off with the 1’s, being that they have distinctive color-blocking.  The magic may be in single or solid color models, hence the reason the 3 looks so damn good.

Exhibit B in my case for Jordan being Flyknit’s future is the recently debuted Flyknit XX. The XX is already a favorite of mine that I feel never truly got the reception it should have. With what Jordan did with this upcoming launch, it may bring them the hype the truly deserves. The shoe is rumored to be a model we see Melo putting in a lot of time on court in this season, but we will have to wait for the season to see if that’s the case. Simply put the “ME7O Made” silhouettes are spot on. Just like the 3 they both have a single predominant color, and a different colored sole to accent the shoe. We are getting a Black/Gum pair that will be perfect for the upcoming seasons, and we are also diving back in the vault to show what the shoe is really made of. There is an Olive/Orange pair, which is a colorway Jordan has NEVER missed with. Whether it be the “Olive” Jordan 5 LS, or the “Sequoia” Jordan 8, or the UNDFTD 4s, Olive and Orange and Jordan brand are an automatic win; and this is no different. Just looking at the Flyknit XX, you are given a feeling of chicness, performance, and comfort. The pairs are said to be a capsule collection between Jordan, Melo, and Rag and Bone; but may definitely be one of the “Must Have” releases of 2018.

Jordan has struck gold this year with the Retros. That combined with the innovation they are doing with the new signature releases, and my point has some ground to stand on. Only time will tell what happens but if we continue to see more of the same, we could usher in an entire new era of classics that are all Flyknit iterations of Jordan’s.

Written By
Ricky Shoebio
More from Ricky Shoebio
With everything that has gone on with the NFL this year it...
Read More