It’s always good to see the people you support progress, and that’s exactly what is happening for our brother King Saladeen. To see the new endeavors and works from Saladeen have been nothing less than spectacular. Currently coming off the release of his collaboration with Champion, he is launching a new limited print in honor of NYFW. Saladeen’s work is always rooted in his experiences and journey.  This is something I personally love and something we are getting with this latest release. The release is limited to only 54 prints, so this will definitely be one of the highly coveted works when we end up looking back at things. Available this Wednesday at noon on his website, we are excited for this launch and you should be as well. 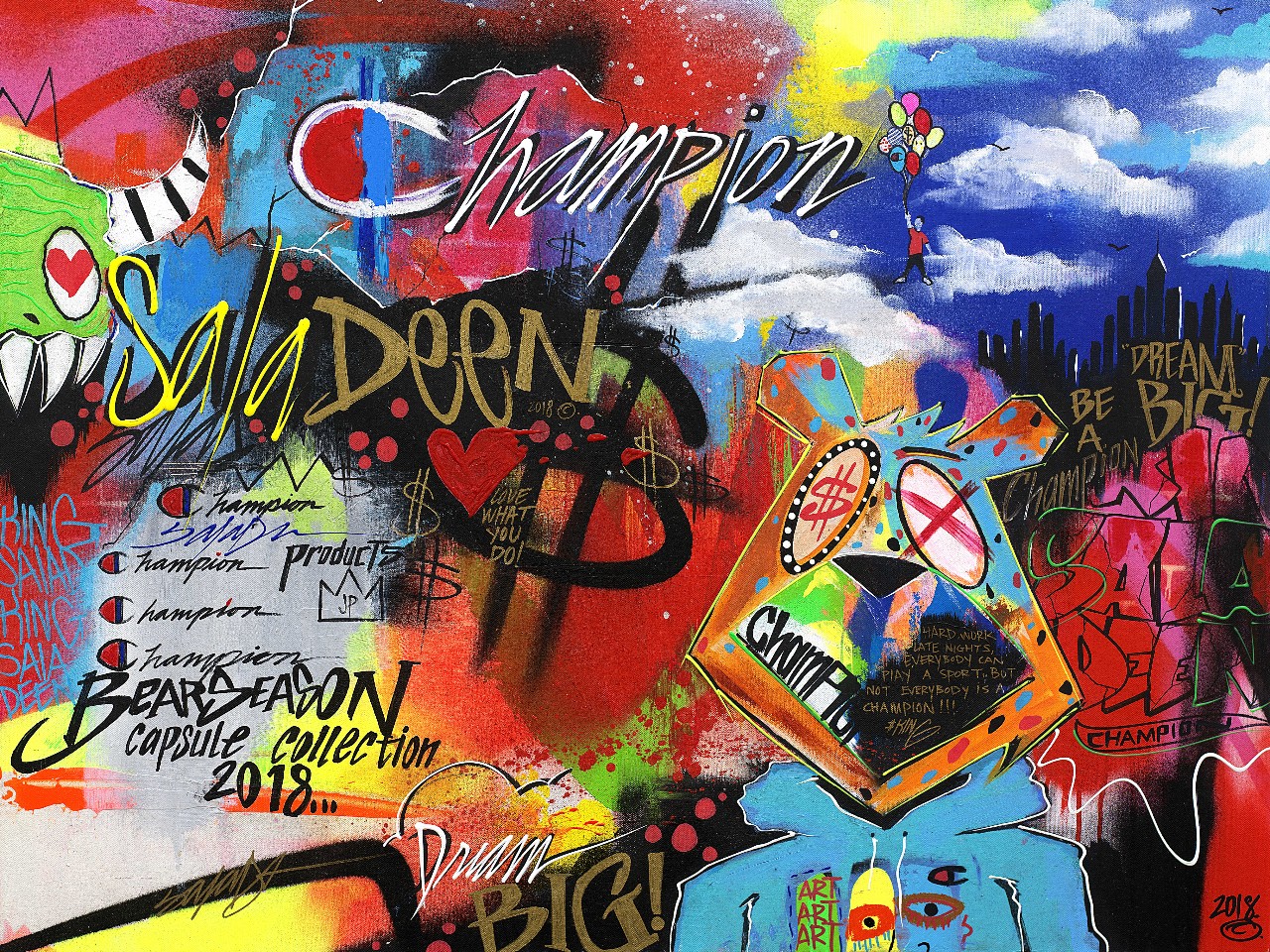 Much love to our guy King Saladeen, and see the press release behind the release below.

“Imagine an adult working in a group home, doodling on a piece of paper to make the time go by unaware of his destiny to become a world renown contemporary artist.

Growing up he finds his artistic confidence and feels better every time he picks up a paintbrush or a spray paint can. He learns to trust his creative vision because his techniques have gotten better over the years and he has the support of his loving grandmother.

Without even thinking he starts drawing on clothes because the textures remind him of the rare moments when he was able to paint on a canvas which were, at that time, hard to come by. That same leap of creativity to paint on a Champion hoodie, would prove itself worthy as the results would inspire him to officially collaborate with the same brand today.

King Saladeen and Champion sportswear apparel collaborated this year to drop three capsule collections. The overdue partnership includes intricate pieces that represent how far the contemporary artist has come throughout his career.

In addition to the “Bear Season” release, Saladeen will also be revealing 54 limited edition hand signed prints to the world during NYFW in honor of his late grandmother, Lois Clayburne who has been gone now for 2 years. The print will be the mural which is featured on the grey crewneck sweater from the Fall capsule collection.

If you look closely there is a piece of the mural worked into each article of clothing for this season’s drop. Weaving together each piece, each hand signed print hopes to inspire you to get out there and create too..

**Significance of the number 54 comes from King Saladeen Grandma Lois Clayburne was born on 27th of April and it has been two years since her passing.”

The Future in Flyknit