Vibrancy is not just the color palette that describes Marcus Samuelsson’s bespoke couture, but it also defines his way of life and vision for his blueprint of “Renaissance Renovation in Harlem.” He has infused his Ethiopian/Swedish culture, upbringing and French culinary training to create a brand that is as renowned as a modern day Langston Hughes of cuisine. 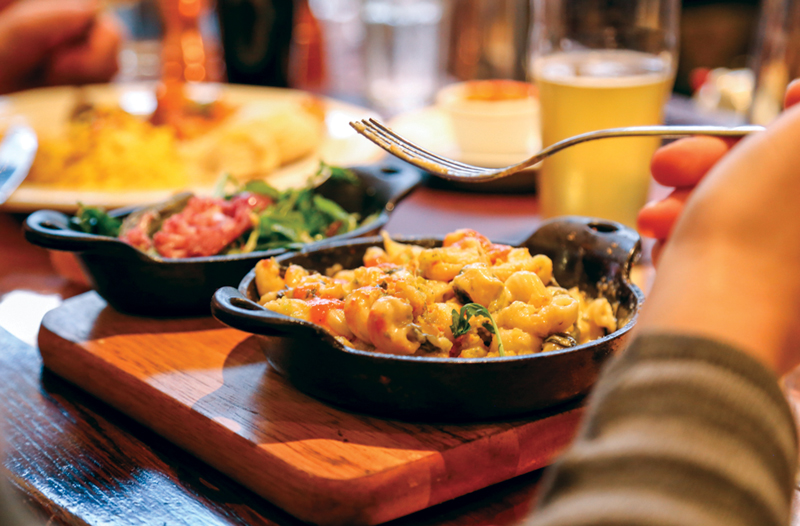 1. Tell us a very simple fact about you.

I am passionate about Harlem.

I am obviously very passionate and happy about living in New York City, and Harlem. I appreciate the vibrancy of New York City! You’re always around the hustle and bustle of NYC, the creativity, and I love that! I couldn’t imagine living anywhere else and that is something that I appreciate every day, and I also love soccer.

Yeah, specifically Harlem, I just think it’s such a jewel in New York, it’s such an iconic American neighborhood, people know about Harlem but now they are rediscovering what it is and something I enjoy to bring people to Harlem, and have them to discover their favorite plate.

I like that it’s vibrant. There’s people hanging out in the park, I live in front of a park and there are Haitian’s playing drums, the Farmer’s Market on the weekend, people playing basketball, kids running, dog walking, I just like the life of a park ya know.

4. So you would say it’s as vibrant as your wardrobe.

Clothing is very personal and almost tribal where I come from in Africa, you can know where somebody comes from, and what tribe based on their clothing. I very often wear something that is Swedish or African-Ethiopian and I think about Harlem style. Often times I can be in Midtown, I can be in Downtown, I can be in Harlem, I’m in the restaurant at night, I have to be in many different worlds, I have to set up in the morning and prep something that is suitable for those many different environments. So rather than trying to “fit in” I just wear one thing and it’s like this is “me” and this is who “I” am and I bring that everywhere, and it took a while to get to that. Style is something you grow into, it’s not a season, it’s not a craft, style is something you grow into, and it’s a person’s style.

5. Tell us something about cooking.

6. When did you realize you had the “knack” for whipping up some pretty neat cuisine?

I realized when I was a teenager – I started to make meals for my family, and everyone loved my food, even the pickiest of eaters. First of all I practice cooking almost every day! So it’s a craft that you have to practice, and then it’s an art so you’re born with a gift and then you have to work on it, so it’s a combination of work ethic, craftsmanship, and artistry. You know my grandmother helped me find that passion, and then my parents through their work ethic guided me and showed me a little bit of what it took, and then working in France taught me what it would take and then coming to this incredible environment here in New York City pushed me even more in working with the chefs from Harlem EatUp and other local chefs like Jonathan Waxman, Daniel Boulud and Melba Wilson, they’re the ones inspiring and pushing me every day.

7. What was it like to experience the “Big Apple” for the first time?

8. How is preparing cuisine different for Americans instead of Europeans?

Is there a difference? I do believe that there is a difference. In America you have a multicultural culinary base with a variety of different consumers, which makes it more interesting. In America, first of all the biggest difference is we have diversity. There is diversity of sexuality, ethnicity, so the bigger the diversity the more you have to take into consideration. Maybe there won’t be as much pork on the menu, maybe you have to think will there be more vegetarian dishes, and you just have to think about people’s choices to feed a more diverse nation than I would say in Europe.

9. Do you remember the first time you stepped into Harlem?

What did you feel? Yes, I definitely remember the first time I stepped into Harlem. It was in 1995 and it felt the way I read about from Baldwin and had seen in the movies. But it also was very exciting walking around; it immediately sparked so many great ideas.

10. Red Rooster was born in 2010. Tell us about its evolution and what you’re creating.

Well the idea was probably born in 2000 when I moved up to Harlem and I felt I needed six to eight years to think about it and to learn the neighborhood and I needed two years to put it together, so it took a long time, and I felt that I did not know enough about the community to open a restaurant. I wanted to put an iconic, real meaningful grass roots neighborhood that celebrated the food of Harlem, but also the people, its culture, music, and the arts, so that’s why we have Ginny’s Supper Club that celebrates the music, also that’s why upstairs at Rooster we have an art program which is where we work on our food and hospitality every day, so it’s not just a restaurant, its more than a restaurant. After 10 years of learning the community it was very clear to me that it had to be in and of Harlem. Everything needed to be great; from surroundings, music, food, and hospitality, to great art!

11. Are you trying to keep the Harlem Renaissance alive?

I’m here because of the Harlem Renaissance! I can cook and live freely because of the right movements and a lot of people plowed the way and I don’t take that for granted and that’s why I put a lot into it.

12. What are some of the dishes you would recommend to a first time visitor?

When you’re in Harlem I would recommend the catfish or you’d have to try the fried yard bird, but also try something from the snack station like our Swedish meatballs and tripe, or the rotating pasta dishes. They all tell a story about Harlem; it’s past, present, and future. I love the fact that you can come here with five dollars and have a good time and still be part of it as much as if you had a big budget. Our restaurant is here because the community has embraced us, and the New Yorker comes up and the visitor and Rooster works the best when all three are in the house! (laughter)

13. When creating a menu at Red Rooster, what inspires you?

Harlem, the community, because some of the dishes we have are Alaskan, obviously the overtone of the restaurant is migration based and telling the story of the migration, and Harlem has many immigrants. I am always inspired by seasonality. I look at all of this and create the menu. I also am looking inwards at what is in the community, while keeping a nod to the past. The idea of Harlem EatUp is really to experience all of Harlem, to explore food and culture throughout the community.

14. What is your favorite new ingredient?

I am intrigued by seafood – even the most simple, like soft shell crab, I also like rhubarb. Now it’s Spring, and it’s a great time for a chef, in a couple of weeks you will see lots of that on the menu.

Yes, I certainly have found home in Harlem, my wife and I live down the street. To me, the parks, brownstones, art and music makes it easy to feel at home here.

16. Do you have any favorite cookbooks?

White Heat is my favorite by Chef Marco Pierre White. He showed me a different path, he was in France, he had long hair, he just showed that he could be different and that it could be allowed. Up until that point I didn’t know another twenty-five year old cookbook, I didn’t know anything else. And I love Leah Chase’s cookbook And Still I Cook, she is one of my mentors.

17. If you could create a menu for a couple on “date night” that is Head Over Hills for each other what would it be?

They have to have shareable food. The menu would begin with oysters, so they would have to share. I think there must be champagne, definitely some bubbles. I love something that talks about a journey they’ve shared together like the Caribbean, grilled lobster with rice that adds a Caribbean touch and I love thinking that they share and eat together. They finish with strawberries and some buttermilk or buttermilk sorbet, also its bringing back some childhood memories. Intimate and delicious but also a journey they did together.

18. When you’re not cooking what do you enjoy doing?

Maya and I love to participate in the arts or bike through Central Park, everything from museums to concerts at the Apollo.

19. What was it like cooking on television (Top Chef) or being on The Taste?

Cooking comes so natural to me that the camera does not change the way I cook. I used to get nervous cooking, but I no longer get nervous, I just always want to always make the best food I possibly can. It doesn’t matter whether you’re cooking on television or not you must do your best, that’s the key thing, having a sense of personal pride.

20. If you could prepare dinner for five people that you’ve yet to meet who would they be?

I like my neighbors and I like the neighborhood, it’s not a fame game. I would prepare dinner for a homeless person in Harlem, because it would mean a lot and I would learn something. If I could go back in time I would like to cook for James Baldwin being that he was in the neighborhood, it would be amazing and Nina Simone, Nelson Mandela, as well as Louis Armstrong. The conversation, the food, and the music would be a good night. Today I would love to cook for Prince.

82 thoughts on “20 Questions For The Man Behind Red Rooster”