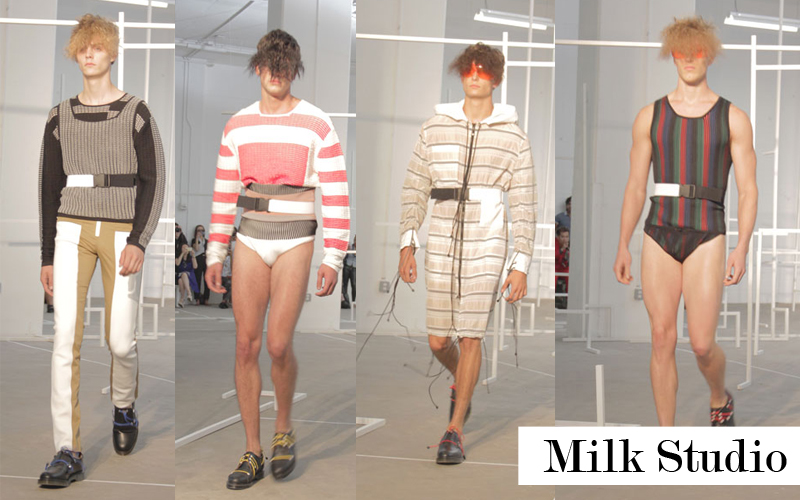 Having grown up in his mom’s atelier, Ooi possess a keen eye for detail which was noted in this collection. Webbings carefully placed and stitched on jackets, drawstrings and laces in unexpected places, to create unique one of a kind looks. At one point I thought that Edward Scissorhands could have possibly been Ooi’s muse, considering the deconstructed, yet structured look of each piece.

The collection definitely achieved the goal Ooi was going for. It was flamboyant, slightly strange (in a good way), experimental, and definitely an eye-catcher. I wouldn’t expect to see the everyday man in this, but it is definitely avant-garde sportswear for the daring fashionisto.