When I heard that theme music come on while watching WWE, one thing was for sure. Somebody was about to get a mud hole stomped in their ass, and that’s the bottom line! Sure there might have been some jawing off and bird-flipping for the crowd, but nevertheless, when you saw the Texas Rattlesnake Stone Cold Steve Austin coming to the ring you knew it was about to go down.  Then after he was done putting the boots to someone, he’d cheers himself with an exploding ice cold brew. Stone Cold ignited a beer campaign like no one ever had. Every time I saw him smash those cans together and give himself a beer shower, I wanted a can myself. Imagine if he came to the ring and instead of beer, chugged a bottle of wine and smashed them after delivering an ass-whoopin. If you think more people, especially men would drink wine as a result, let me get a hell yeah!

Beer has had visuals like Stone Cold Steve Austin and Coors Light, “The Most Interesting Man” and Dos Equis, the “Wazzup” guys and Budweiser to give it that cool factor push. Wine doesn’t have anyone. Even the martini has James Bond. No person cool enough or popular enough has associated themselves so much to wine. Even though it’s something that moves the culture forward. Until wine gets its version of the Budweiser frogs or the Red Stripe guy, here are a few interesting wines in a can that not only will stone cold stun you with how good they are, but are defying the odds. They are delivering value beyond what’s in the can and making wine more fun than it ever was.

Underwood’s are not only making tasty-fun wines in a can, they are branding relevant to their time and demographic and daring to do things that aren’t being done currently. Over the summer, they created a mobile Underwood Wine Bar and took the party on the road, hitting up a multitude of music and food festivals. Their “Can-bassadors” got the word out that Union Wine Co. is a serious wine brand looking to crash the party.

This is my personal favorite canned wine. I had both their Rosé and White Wine blend, and each had characteristics that can be appreciated by the most serious wine drinkers. In fact, I prefer W&W wines over many Rosés and White Wines in a bottle. Not only that, but their skinny style cans and simple, yet elegant design make it very easy on the eyes when spotted in any setting. They are bringing a sexiness to canned wine that is very much needed.

Speaking of stunning cans! This husband and wife team are really in a league of their own when it comes to branding. And honestly, they are just doing something different and fun. Their wineries are located in Denver and Austin, which are very unconventional places to find good wine, but don’t tell them that. Their winemaker is taking chances and changing the mindset of winemakers and drinkers alike. They are producing a wine and brand that should make the entire industry very nervous.

Ava Grace brings a touch of class and elegance to wine in a can. As tasty as they are, they contribute to a decorum and ambiance of any occasion like very few wines in a can do. Their colorful cans look great in your hand in pictures no matter if you’re at a backyard BBQ or at an outdoor wedding at the country club. These wines are very approachable, refreshing, and light.

This is my wild card, folks! I’m not gonna say this is one of my favorites in terms of taste, but I will say they have identified who they’re going after and they own it to the bitter end. It has this Angry Orchard Cider and Sparkling White Wine vibe to it. It’s an easy transition for beer drinkers and can double down to make a decent mimosa…or as I call them, “Man-mosa”. This “Can” fell right in line with the whole “Stone Cold Steve Austin” theme.

So the next time you’re at the liquor store, grab a can or two of my recommendations here and comment what you think. And that’s the bottom line because JM said so! 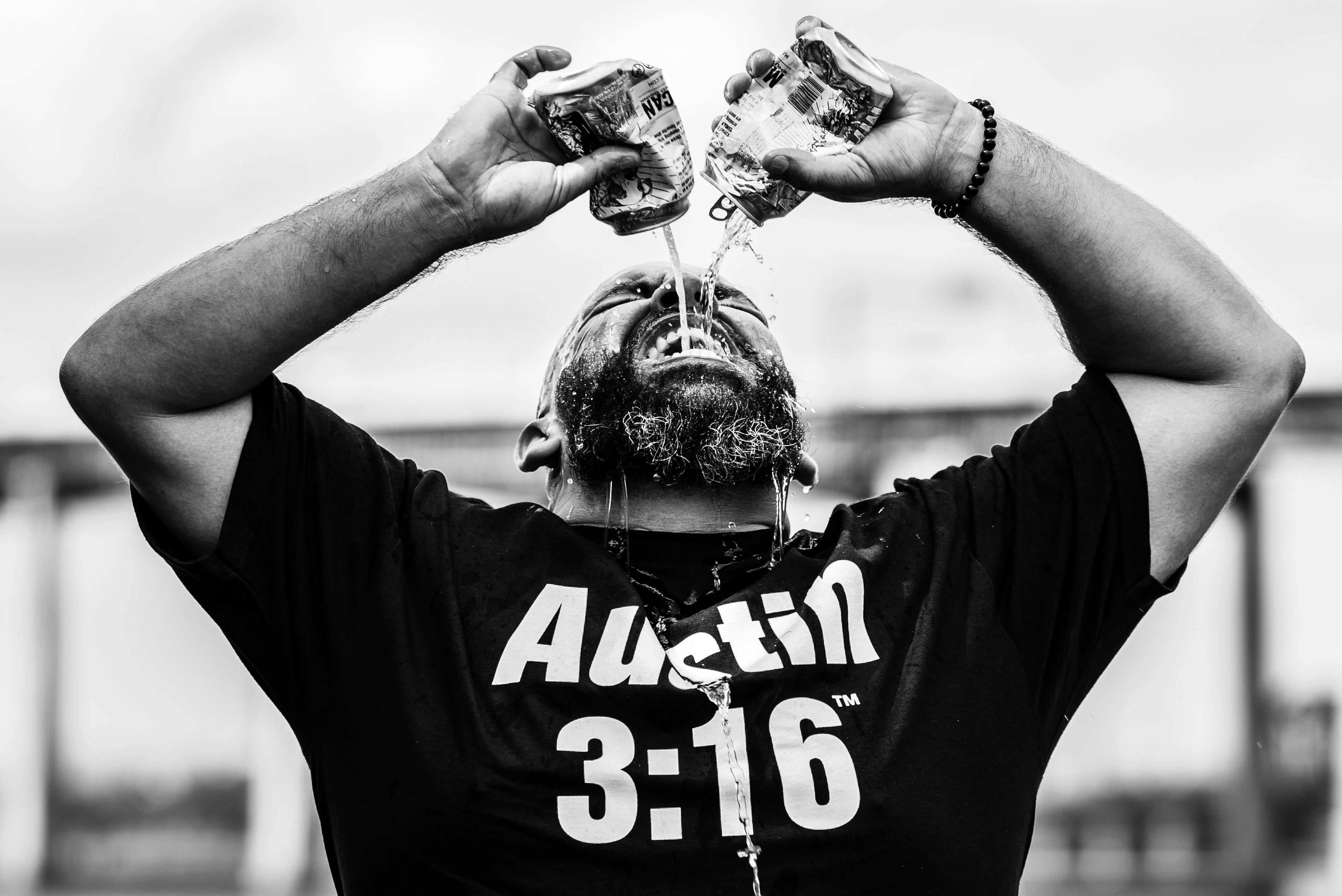 Written By
John Michael
More from John Michael
“Rosé in my Fruit Loops, hard time, I done did that...” -Tru...
Read More