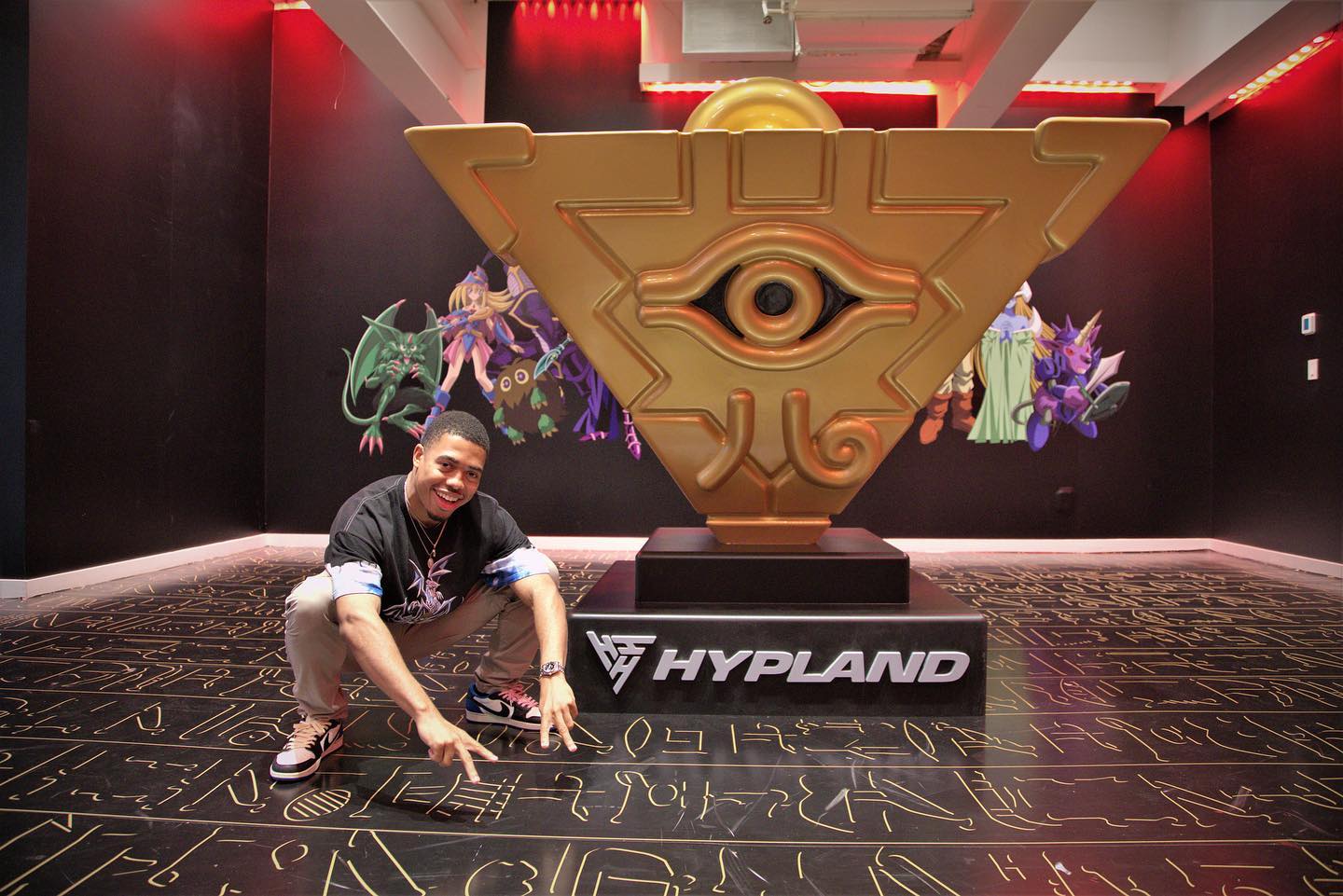 The world of apparel is dominated by major brands that use the same tired concepts/influences and overcharging because they can. I love Supreme, but how many Hanes-esque shirts can be sold before we realize that there is a better product out there. The idea of mixing streetwear and pop culture is the oldest tale in fashion, but Hypland is in a league of their own. Or his own to be exact. Jordan Bentley’s take on anime/manga feels real and honest. The take on a once “nerd” only culture that has infused itself in the crux of mainstream has left him doing what others have been lazily hoping to find; creativity.

Now Hypland might not be for everyone but seeing a young upstart individual take a passion and turning it into sold out pop ups and hyped merchandise? We can get behind that. After spending the time going through his NYCC pop up as well as seeing the trail he has been blazing over the past year, it isn’t a shock to see his work has just begun. Entrepreneurial spirit isn’t for everyone, but when it is, watch out.

Make sure to check Jordan and the team out here

The DOC – A Gem at Tribeca