So today I watched one of the most highly touted and iconic comedies of all time, Coming to America. The movie sparked a thought that had come up in conversation before, and once again got me thinking. Did Akeem choose the right sister? In a movie setting and given the intended purpose of his pilgrimage, it’s completely understandable why he chose Lisa. However at the age of 21, in a real life situation would she still be the better choice of the two Mcdowell sisters? In the scene where Akeem’s family is at the Mcdowell’s home she has a line where she says “How come she always gets the good ones?” and walks off. This is what really got me to thinking.  I just want to say, Patrice doesn’t get the level of appreciation she should in the film at all, and it’s something I never understood. She is arguably the more attractive of the two women, yet we rarely see her get the love she deserves. There have been suggestions that complexion stigmas come in to play with the two characters, which isn’t something I can necessarily speak on. But, those are similar views that people have had on Martin with Pam and Gina, and I can see the argument. Another factor that I have heard was how the character moved on from guy to guy, and how forward she was with them. I am excluding the moving from guy to guy factor from the piece and just breaking down things from some core traits. Let’s speak on why Patrice shouldn’t have been slept on. 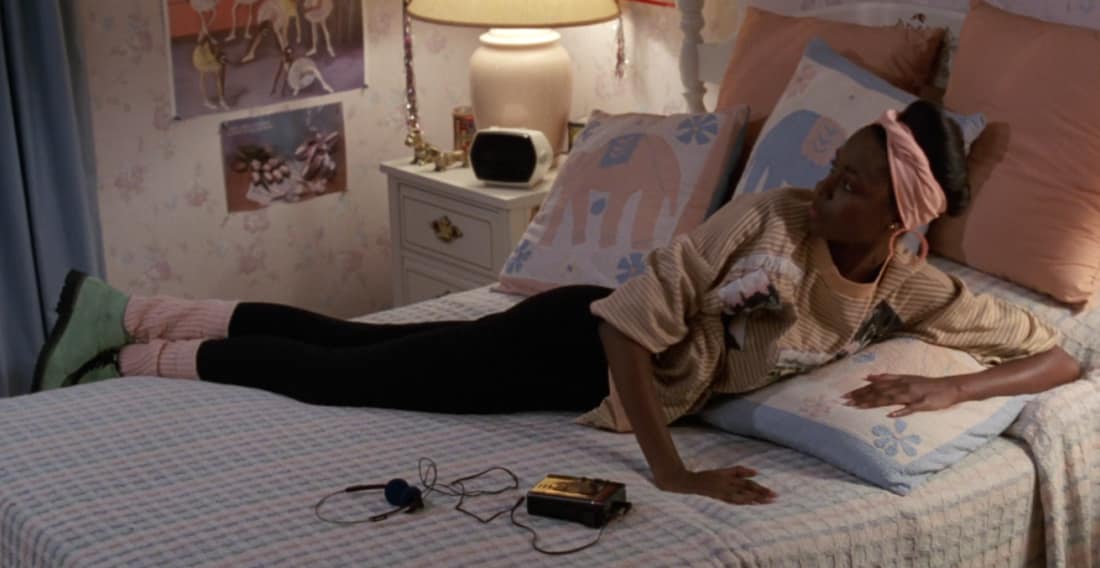 I want to start with what we see on the surface. Between the two Mcdowell sisters, Patrice definitely seems to be the more stylish one. The 80’s were heavily rooted in flamboyant colors and patterns, and the character didn’t shy from either at all. We got bright yellows, pinks, reds, and animal print, which truly show you hints of the characters personality. Even in the scene where she wore the Mcdowells uniform during the pageant, she wears the cap with some flair to accentuate that personal style. It wasn’t just the clothes though and the Mcdowell’s cap wasn’t her only accessory. She paired those colors and prints well with various headwear and jewelry to compliment said clothing, which is something that is easily overlooked. The thing I may have liked the most was with each look she had, she styled her hair differently to play off of said outfit. Once again, this is something that we see in day to day life, but not necessarily in film. Normally we see characters stick to a look, especially when there isn’t a purpose in the movie for the character to change their hair. That’s really all we ever get. That didn’t happen in Coming to America. In nearly every scene she was in, we got a different wear, which is subtle but also says a lot about the character. 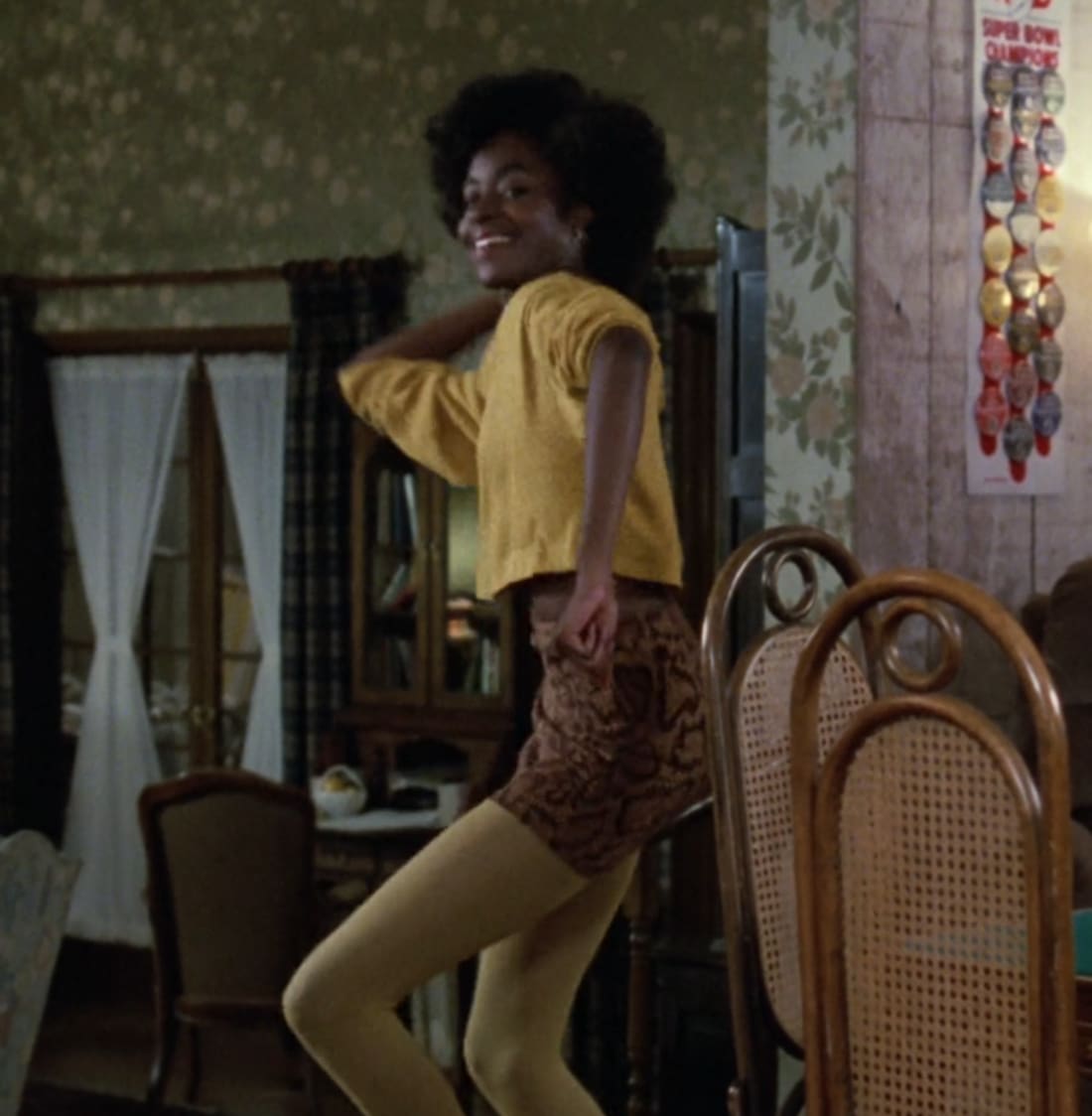 Moving on to something a little deeper is the overall personality of Patrice. Lisa’s character’s personality seems very common of an 80’s female love interest. Her character was reserved, quaint, even considered slightly timid, and softer spoken. That wasn’t Patrice. Patrice seemed the more social, energetic, and charismatic of the two. This is something that you actually notice in a few specific scenes. The first being when she accepts the earrings on Lisa’s behalf. She is at home, music on dancing around the house, just having a good time, as many of us have done when our favorite records queue. She is obviously someone who enjoys herself and doesn’t seem so self-conscious of how she may be perceived, which is a plus.  Another scene is when Lisa tries to initially push her off to Akeem then she immediately speaks up and begins to ask about some things in his personal life. That lack of shyness, her engagement, and her directness are valuable traits in anyone, and something I’m personally a fan of in women. Can’t necessarily speak for everyone, but I know few that would see nothing wrong in that. These are also qualities that I think translate well throughout eras and generations. Where we may see characters from movies in certain times and say they are dated, that’s not something I see here with her character.

The final argument may be the most delicate one. As I mentioned earlier, let’s leave the moving from suitor to suitor alone for this piece’s sake. However, Patrice being umm the best way I have heard it said is “Forward” isn’t essentially a bad thing.  I am going to attempt to address this from multiple angles. First, in the time we live in now, I believe she may not be viewed as so “passé” as women have taken more control of their sexuality. Another part is, her being more sexually assertive as woman is an attribute I’ve heard many men say the find attractive. Some have said it’s very refreshing for them, and something they never really thought about with their women, but now wouldn’t want to be without. Speaking on that aspect, there is an infamous scene in the movie where she makes an advance on Akeem at a Knicks game. Now I am not going to get into exhibitionism and things, but this is another thing that isn’t so bad. Many couples over time speak to getting into routines in their relationships and things needing to be spiced up. Of course things and people change, but her making that move does vote well for their sex life and things theoretically not getting mundane. It means she has the potential to inspire variety in the bedroom, and also keep things spontaneous. Now this isn’t guaranteed, but there is chance that these things don’t fade and that can be important. It’s simple, she shows a clear comfort in “her own” and confidence that at the end of the day you just have to appreciate, and that works well in the real world.

So now that we’ve dove a deeper into some things that may not have been noticed about the character, how do you feel? Does this change anything for you on the choice you would have made, or that Eddie should have made? I know there was a window that he had to accomplish all of this in, but does Lisa still hold up as the overall choice? Let us know how you feel below, and from here on let’s give Patrice the love she deserves as arguably the better choice of the Mcdowell sisters.

Written By
Ricky Shoebio
More from Ricky Shoebio
In our world of fashion, style, music and entertainment there are always...
Read More