Next month marks ten years since the release of 808’s & Heartbreak. With so much of what’s going on with Kanye now, we often hear of a desire for the “Old Kanye”. With that said I feel it’s only right we speak on one of his most controversial albums. 808’s is still a very hit or miss project for many fans. Some people really enjoy the project, while others see it as the bastard stepchild in between four of his greatest works. I personally can see and understand both views without either side needing to do much selling. I’m by no means a flip flopper or easily swayed, I can just genuinely understand why both parties would feel how they do about the album. For the Kanye fans that love his soul and spirit, this was too far of a reach. He touched things that they couldn’t relate to and delivered them in a way that was just too different for them at the time. The ironic part is they probably enjoy music now that’s taken queues from that work, but still won’t enjoy 808’s because of nostalgia. For those that do enjoy it, it could mean a variety of things. A potential emotional connection. You could have been someone who flocked towards the sound of that time. Or, you may have been someone more in tune with the overall artistry of things. Whatever it was to you, you were right. 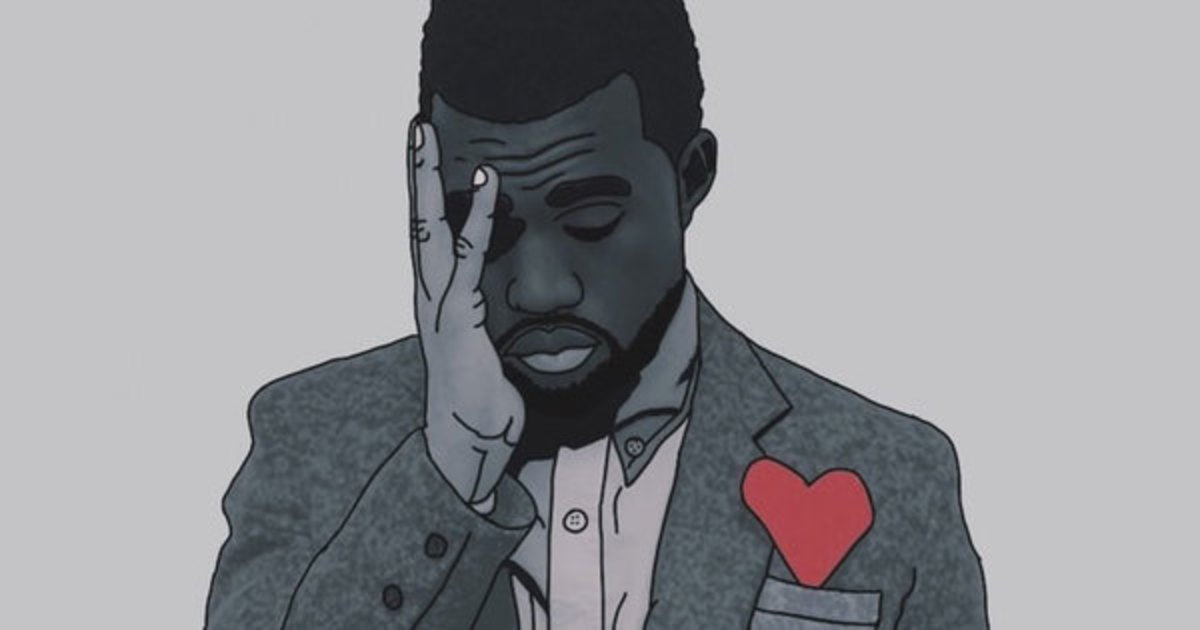 Let us begin. I’d like to start with “The Good”. Actually, after sitting with the album for this piece I must admit the good isn’t actually good, its GREAT. Now before I dive in, this is something I have struggled with, with other artists. I recall not being so much of a fan of something at the time, but when I go back I have felt certain things were better than I remember. It’s actually been tough for me to figure out too. I can’t seem to place whether my ear has changed in a way or if I appreciate it more because things after this had slipped off from that point. Regardless the first six songs on 808’s sound as good if not better to me now as than they ever did. This was around the time Kanye was mastering the art of mixing and mastering his projects for arenas and stadiums, so to get the greatest feel I played the album at louder volumes. I’m sure some of you have heard that everything sounds better when it’s loud, that’s not the case. If it’s shit, it’s shit, but let’s not get into that. Though the record has become synonymous with Drake and part of the reason he has become the star he has, the original “Say You Will” is still a phenomenal record by all means. “Welcome to Heartbreak” is probably the record I have connected with most on the album. Partially as a big Cudi fan, and partially due to the verses being so cold. It’s really just a record that spoke to me, that I still relate to in certain ways. There isn’t much to say about “Heartless” that hasn’t been said. Mixed and balanced flawlessly, while also paired with an amazing visual. The execution is definitely elite level Ye. “Amazing” is still a big record in hindsight, and I don’t mean from a popularity standpoint. The crafting of the song has big feel to it. With large swells and orchestration, it just always seemed to be produced like a movie score. “Love Lockdown” may be his best performed record on the album. With Kanye’s recording style there are often many adlibbed and pieces added “in the moment”. That isn’t the case Love Lockdown, it’s a tight record from open to close, as if everything has a specific place and purpose. “Paranoid” closes out “The GREAT” of 808’s, it’s a record that has always been rooted in inspiration of 80’s records. The layered choruses, Linn Drum kit, heavy reverb, and vintage synth stabs definitely put you in a different place.

I won’t go as far as to say “The Bad” in this portion, but these were the songs people enjoyed but weren’t the upper echelon to say the least. “Street Lights” leads this category to me. It’s not a bad record, but I still feel today that something is missing on this song. It’s possibly due to not having enough of a transition in the song to me. Its also probably due to the fact that I have always wished there was a standout female vocalist on the record. I still feel like the hook should have been a duet with Rihanna or just Rihanna. “See You in My Nightmares” is a tough one for me. This song struggles from a simple problem. For how the energy flows in its portion of the album, its in the wrong place. Something that I felt was common on Life of Pablo. So much so that I rearranged the album. The song belongs in the early portion of the album, it feels like it’s welcoming you into something. The only issue with that is, it’s at the end of an album. “Coldest Winter Ever” has an interesting plight. It’s actually a damn good song, it just sounds better live than it does on the album. Ironically, I feel the opposite about “Pinocchio Story”. While of course it came out prior to this performance, the perfect version of the song was during his performance on VH1 Storytellers. It’s so good and recorded so well it makes it tough to enjoy the album version.

Here is “The Ugly”. These songs still haven’t moved in my eyes and are truly what move the album down for me. “RoboCop” is tough man, there is just so much going on in the song. It lacks a commanding performance from Ye and always had seemed to have a strange choice of instrumentation. It seems slightly rushed and like a combination of jumbled thoughts. The other thing is for the tempo of the song, it happens to lack a pulse to it which is very uncommon. There are other pieces that could have been added to create that feel but they were left out for reasons we will never know. “Bad News” is the second song in this category. It always felt unfinished to me. The plugin’s he uses on this record definitely needed vocal contrast. If this was today’s Ye there would be a verse of him rapping to play off of those vocals. In fact, the vocals on the song would have most likely been used as a bridge into a verse. But, what are you to do? He doesn’t get to these points today if it isn’t for those moments of the past.

808’s & Heartbreak is interesting for me. At its release I called it a “Poor man’s Cudi album”. Today I won’t go that far. I have a far greater appreciation for the work and as mentioned there is a lot of great on the work. It’s sonically a masterpiece, and it still sound’s amazing and original even after ten years. It definitely had an influence on many artists and pop culture on multiple levels whether folks acknowledge it or not. Ye’s style at the time was heavily replicated with certain notes still standing to this day. The production level and use and combination of certain instruments, still aren’t a sound we have gotten mass produced now which makes its very refreshing. I think my greatest takeaways from 808’s today is the songs we got after from Kanye because of it. You can clearly hear 808’s roots in songs like “Blood on the Leaves”, “Guilt Trip”, “Wolves”, and “Fade”. Which were all album standouts on their respective projects. So, ten years later how do you feel? Do you agree? Have I lost it? Am I placing the wrong songs in the wrong places? Give 808’s & Heartbreak a listen again and let me know.

Written By
Contributor
More from Contributor
re we finally witnessing a changing of the guard within the world...
Read More