Smorgasburg, Brooklyn’s largest food festival, reopened its doors on Saturday, March 31st at the East River State Park. Hundreds of food lovers rushed in to try 75+ vendors of every cuisine imaginable. I, of course, was one of them. My last trip to the event the New York Times calls the “Woodstock of eating” was in 2015 so I was excited to jump back in and see what new foods were added this time around.

Knowing what stops are worth your coins is key to a successful Smorgasburg outing. There are also a few things you should know before you arrive. I’ve put together a guide to make sure your Smorgasburg experience meets and exceeds your expectations.

What You Should Know

To prepare for your day full of eating I recommend you bring a few things with you: comfortable clothes, a refillable water bottle, hand wipes and cash. The picnic tables around the park get filled very quickly so you may find yourself awkwardly crouching over a curb to eat some wings like I did. Being in comfy jeans and sneakers made this easier than my last attempt when I showed up in a maxi dress and sandals. Secondly, while a lot of vendors sell fruity drinks and lemonades, sometimes you just need a simple drink of water. Bring a bottle with you and you can fill it up at one of the fountains inside the park. I was also lucky to have wipes on hand because after devouring BBQ wings, my hands were a mess and napkins were scarce. There’s an ATM on site but the lines were ridiculous and some stands do not take card.

Another pro tip is to come with a group. I’ve only ever attended as a pair but I imagine a group of 3-4 being a great way to both maximize the amount of vendors you try and also a way to secure seating while others grab food. 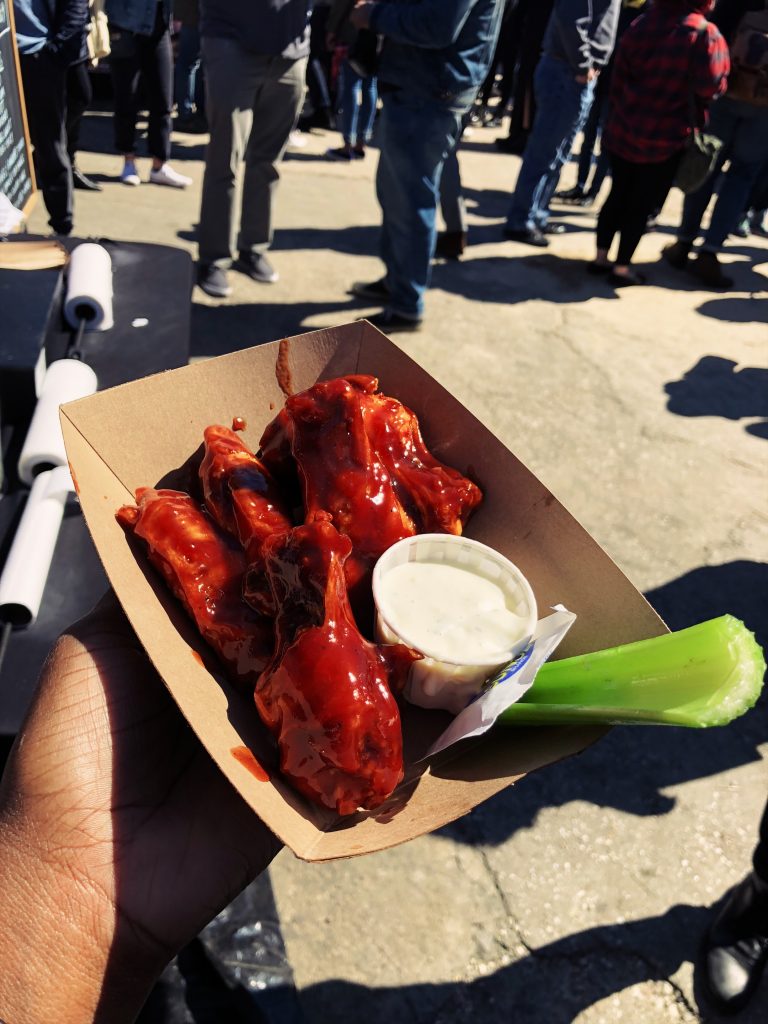 Simplicity is key when it comes to Dan and John’s wings. Flats and drums are deep fried to a perfectly crispy skin then tossed in your sauce of choice. You can pick from boneless, chicken fingers, or traditional wings and sauces include ranging heat levels of buffalo or barbecue sauce. 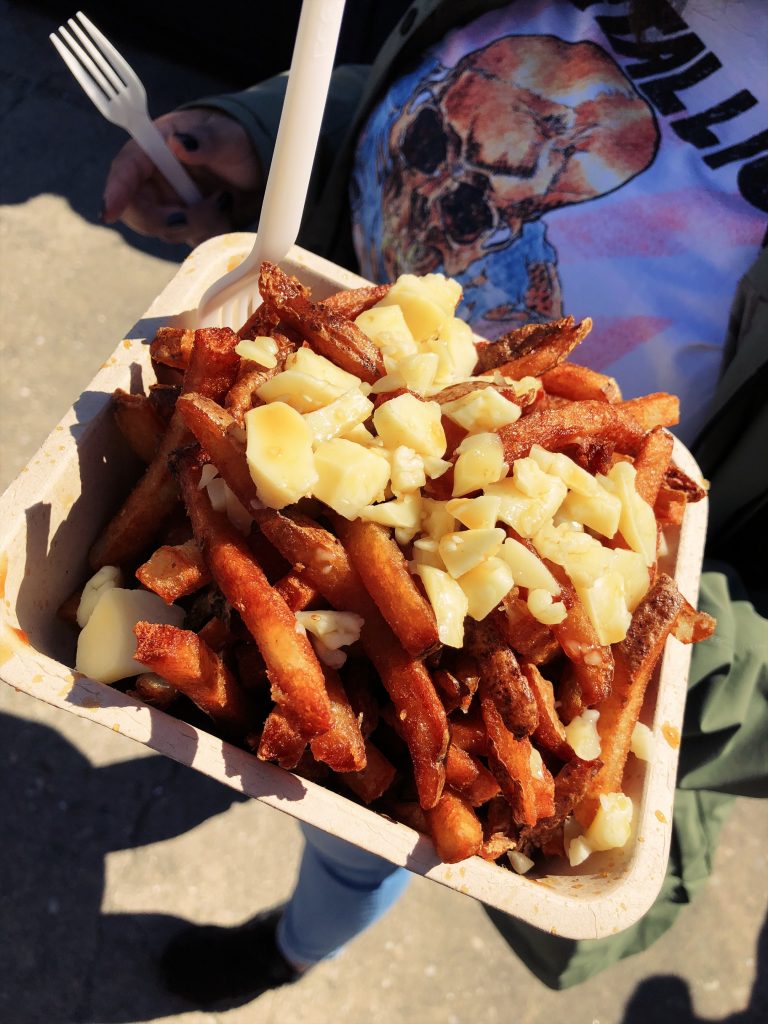 I committed to Duck Season before finding Home Frite. They were good but in hindsight, I’d go for a more duck-focused option here and save the simple fries for Home Frite. 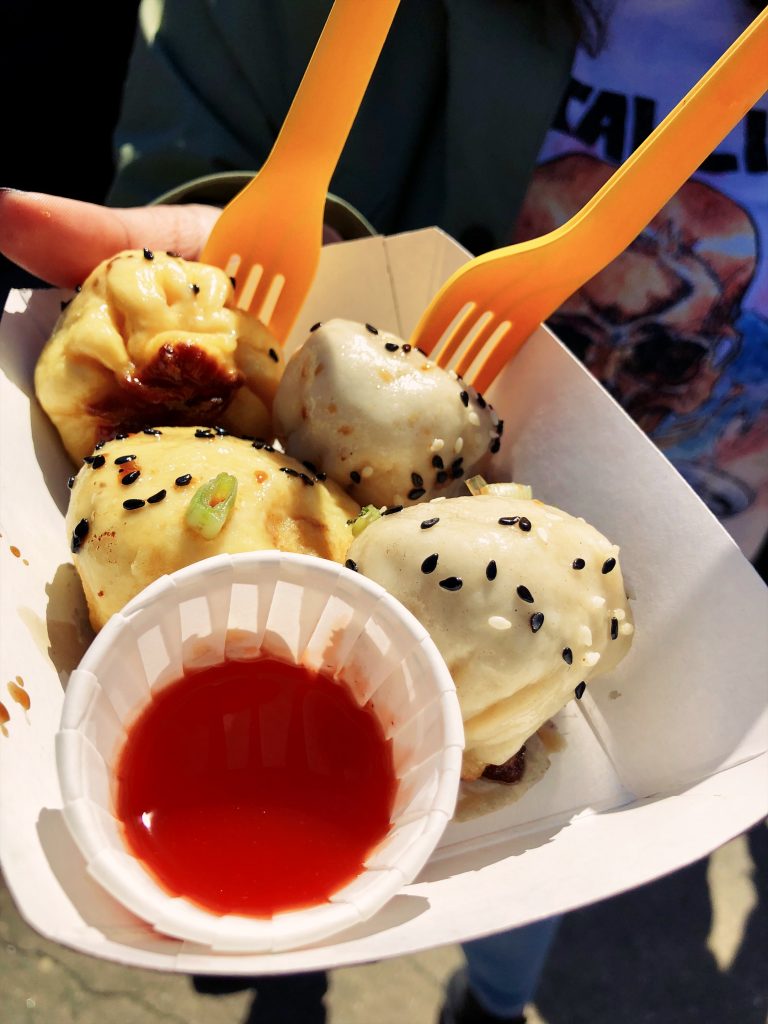 Who knew such little buns could have so much flavor? A soup dumpling is pan fried with your choice of filling (pork, beef, chicken, or veggie) then topped with sesame seeds and green onions. Top with vinegar and hot sauce for a complete flavor burst. 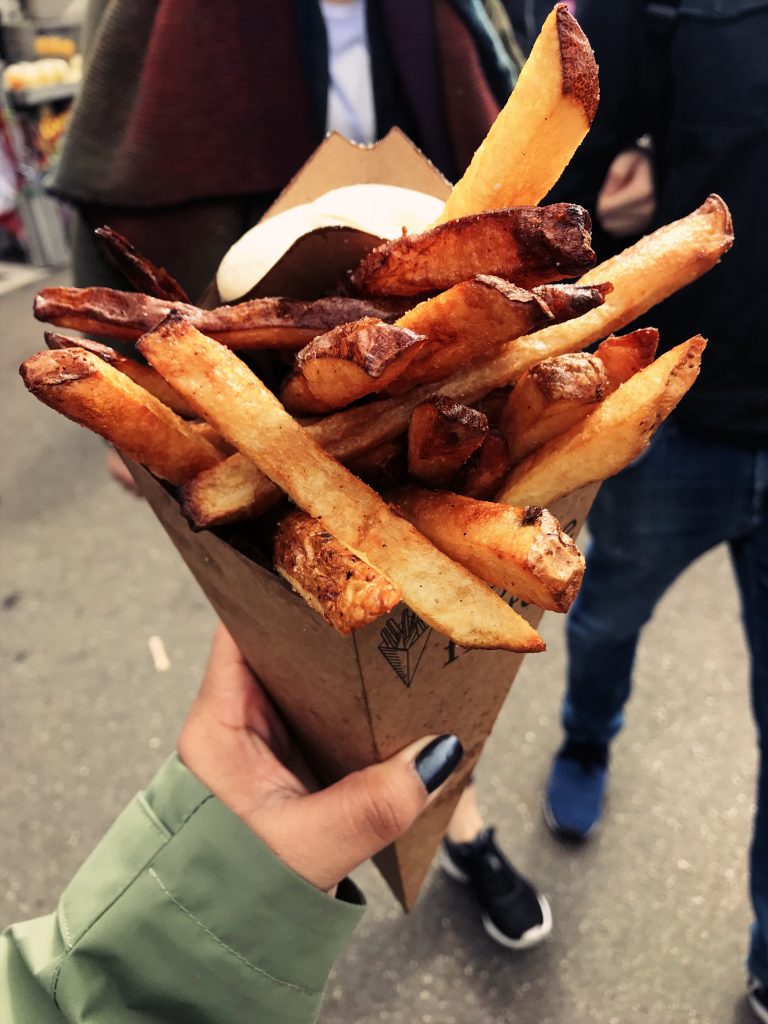 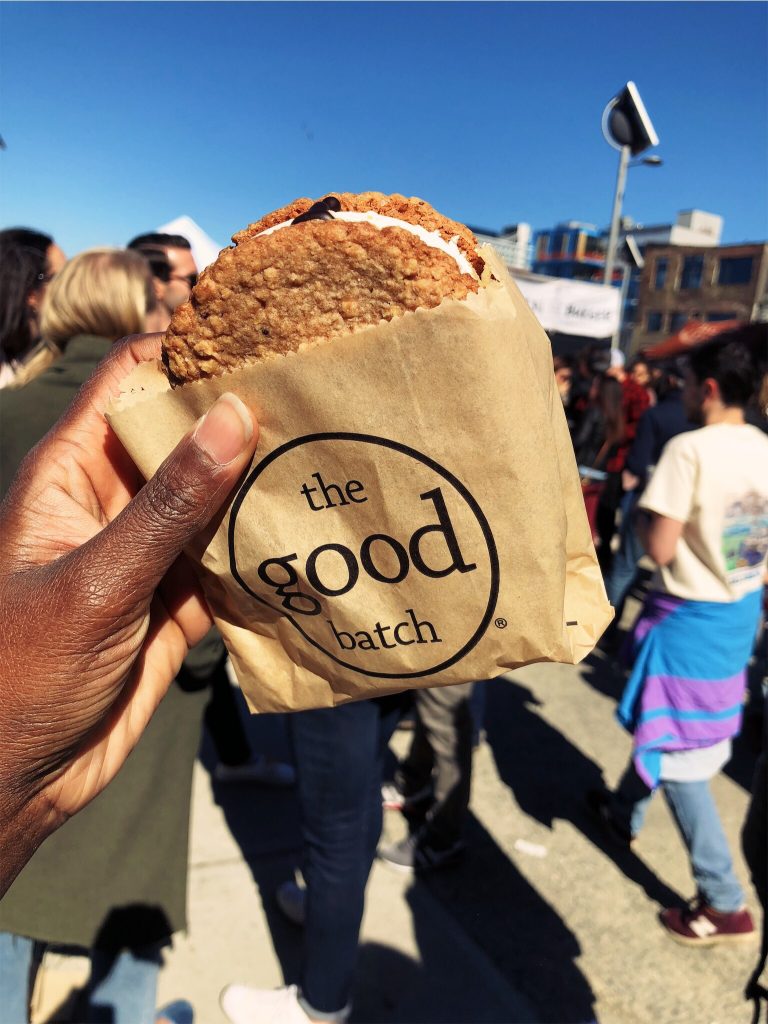 I thought I was a chipwich connoisseur but after trying this, I see I’ve been missing out. The Goodwich takes creamy vanilla ice cream and sandwiches it between two oat chocolate chunk cookies, creating the best ice cream sandwich ever. There’s a Nutella option too if you’re not sold just yet. 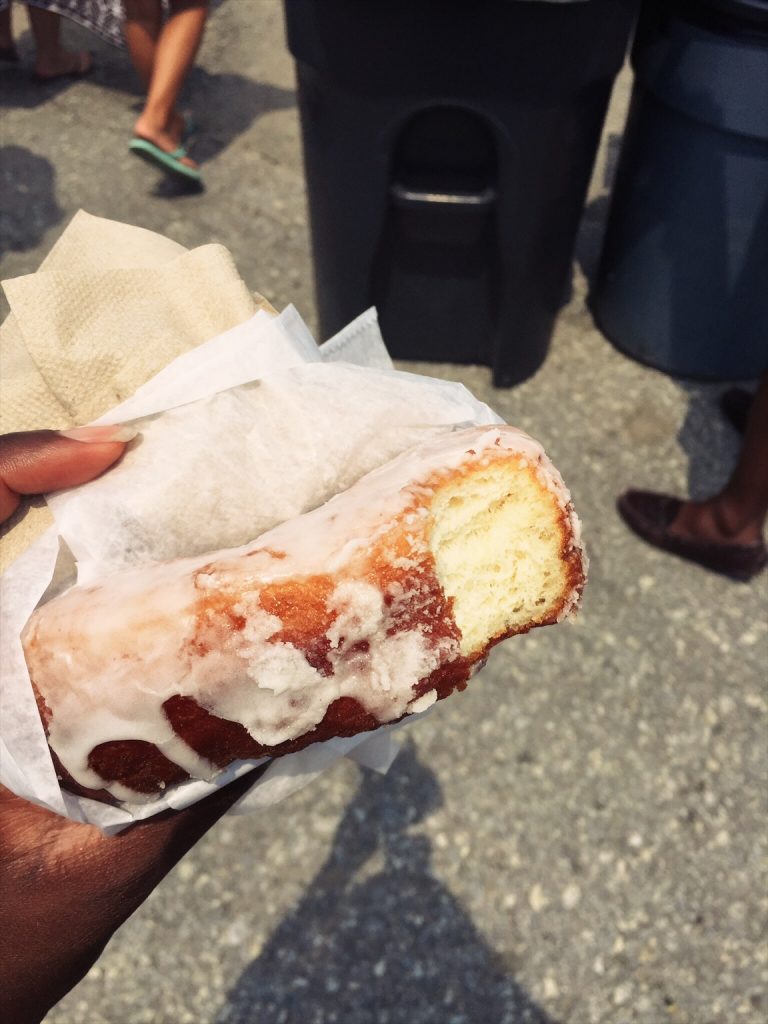 Dough has mastered the art of creativity and flavor combinations. Taking hibiscus from levels of just a tea we sometimes drink and turning into a sweet and tangy donut is one way they won me over.  They also have the classics like glazed and cinnamon sugar. More fun flavors include their café au lait and passion fruit. 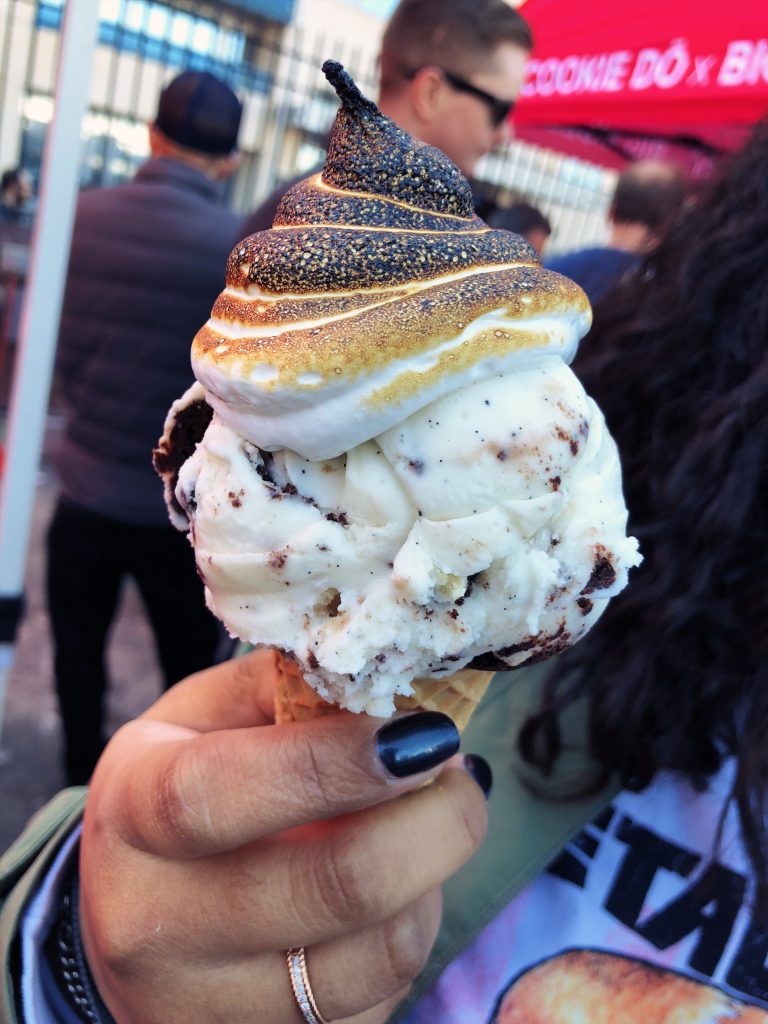 If your sweet tooth isn’t yet satisfied, Bona Bona takes what could be a simple ice cream and takes it over the top with homemade marshmallow fluff. If that wasn’t enough, it then gets slow torched in front of you creating a delicious sweet treat. The B-Dough (brownie and cookie dough) ice cream did not disappoint.

Hailing from Jersey City, baonanas is a fluffy banana pudding paired with more than the usual vanilla wafer. It comes in multiple flavors including Ube, matcha, strawberry, Oreo, and Nutella.

While I didn’t get to try the food, the prickly pear lemonade was such a hit. I saw so many bright pink cups wandering around the lot and finally found the source. It’s a lightly sweetened beverage with a little tang; it’ll be great as a refreshment on a hot day if the East coast ever gets some. 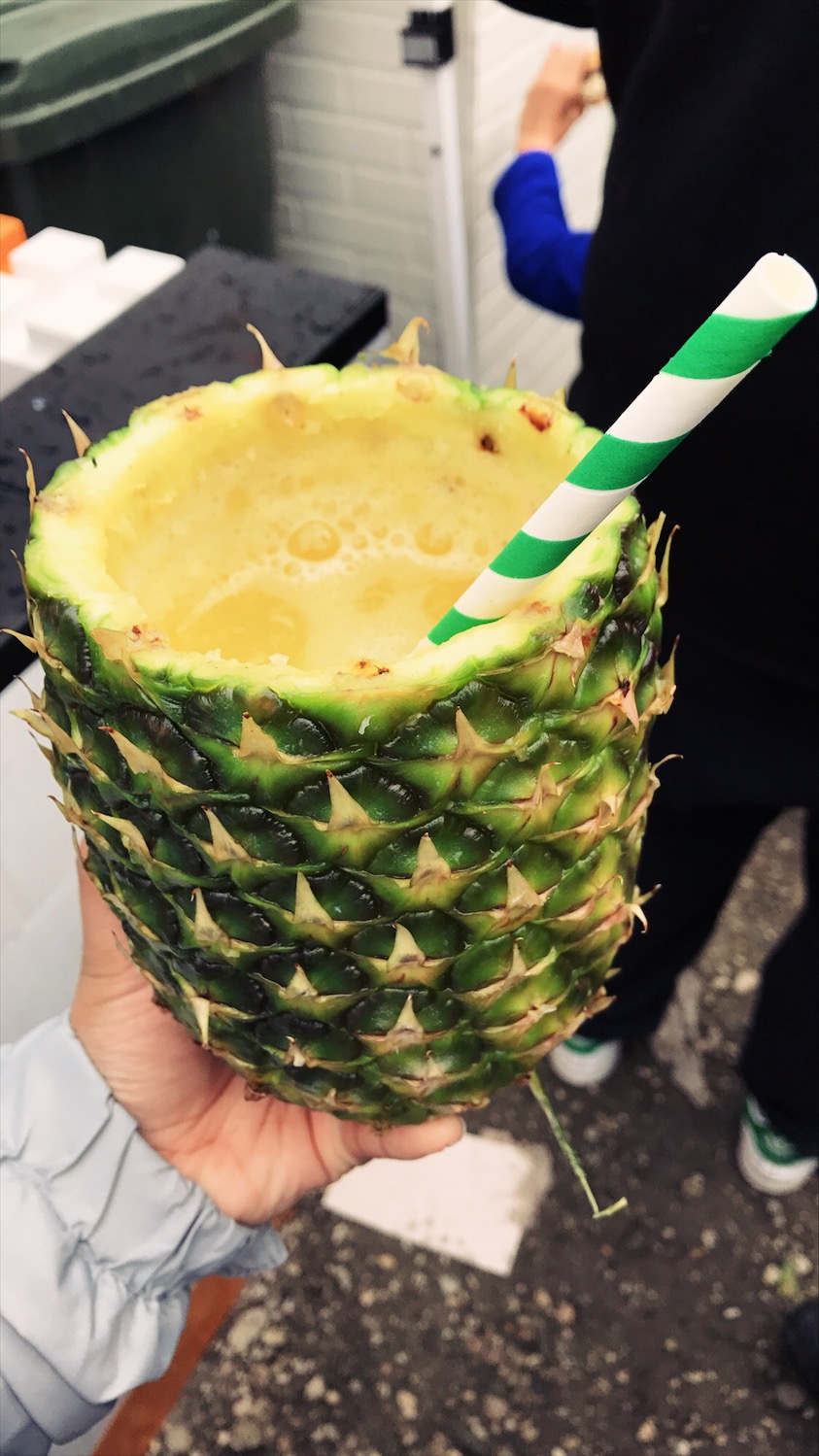 As the motto says, All juice no cups. John’s Juice makes a large effort towards conscious living, serving fresh juice from the insides of pineapples, watermelons, oranges and more. 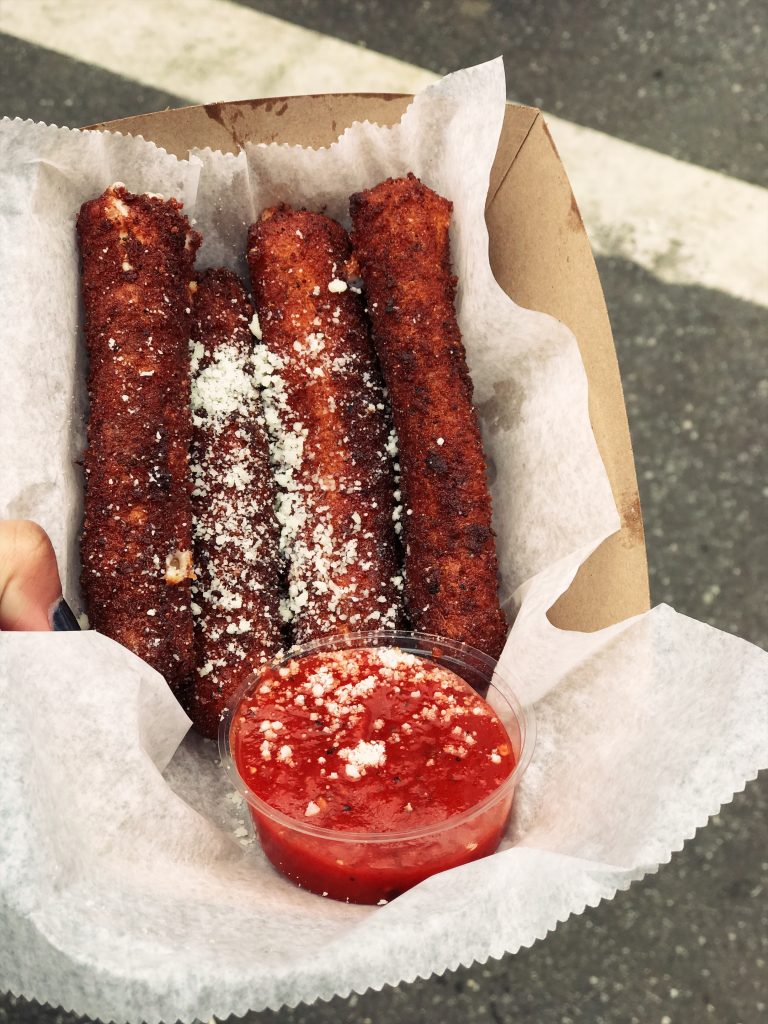 Do you really need a reason to indulge in fried cheese? In case you do, you should know Big Mozz teamed up with Cookie Do this weekend to bring us fried balls of dough, the brainchild of the two vendors being placed next to each other last season.

Smorgasburg takes place every Saturday and Sunday. Saturdays are in Williamsburg, 90 Kent Ave. and Sundays at Prospect Park from 11am-6pm. I look forward to a few more trips and will update the list as I try new spots.