As we prepare for the Final Four, and ultimately the NBA Draft, I’m certain that Nike will draw some extra press again. You should know why by now, but if you don’t know why let me explain.  In the opening minute of the first game Duke’s freshman phenom, Zion Williamson, had a shoe malfunction. Williamson’s foot burst through his shoe as he went to stop and make a pivot, causing a slight tweak to his knee on the play.  Williamson left the game after that play and never returned, which disappointed many (excluding UNC fans) that were tuned into one of the biggest rivalries in college sports.  Since this incident occurred under some of the brightest lights while Zion was wearing a pair of PG 2.5, some unfair critiques of Nike have come about. Nike responded by designing a custom shoe (the Kyrie 4), even sending in a team from China to make sure this incident didn’t happen again. And it didn’t.

I totally understand that Williamson’s future was at risk on the play, but it’s not fair to throw stone at Nike. Players in at all levels have been playing in Nikes and there hasn’t been a malfunction of this magnitude. Since it was his shoe that was involved, Paul George made a statement saying, “I take pride in that my shoe has been a successful shoe not only in college but in the NBA. A lot of people get in them, a lot of people have been wearing them, so I don’t necessarily know. It’s never happened to my knowledge before. So it’s tough.” 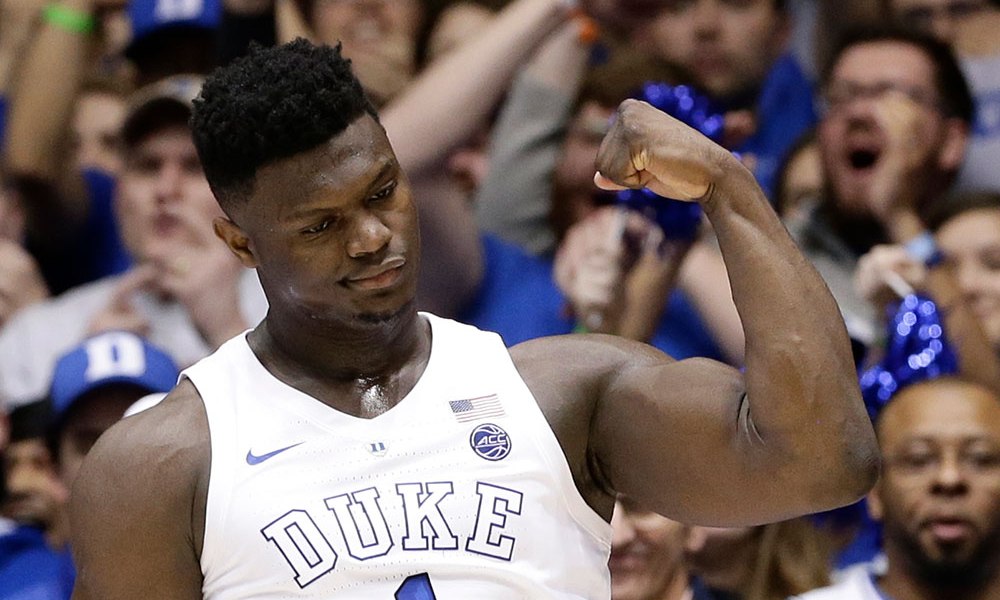 We shouldn’t be quick to turn our backs on Nike, because this isn’t a normal occurrence. As the draft is looming after Duke’s heartbreaking exit in the Elite Eight, Zion is going to have to make a decision. Reports are coming in that he will be commanding a $100 million shoe deal (rightfully so), and everyone from Adidas to Anta are going to be throwing numbers at him. I not only hope he stays on with Nike, but I can guarantee that Nike is on the job to ensure that we don’t see any situation like this in the future. I think back to when I had a pair of Air Max Lebron XII’s that happened to tear at the patent leather seam, as I went to make a cut during a game.  Nike replaced my shoes and I never had any issue again with them, or any other Nike shoe I own. I could have easily run off to another manufacturer, but I wasn’t going allow one instance to cloud my judgment.

I would suggest that we practice patience as Nike works to figure out the cause of this single issue, and not forget Nike’s quality line of work. The PG 2.5 itself is a solid shoe, as is the majority of Nike’s basketball line. Zion should keep that in mind as he enters the first stages of what might be a Hall of Fame career.

Written By
Ty Hawkins
More from Ty Hawkins
As we prepare for the Final Four, and ultimately the NBA Draft,...
Read More