In the realm of Netflix, Hulu, and Amazon Prime, we have an incredible amount of stories being told that have been muted for so long. These mediums take risks and reward us with more than just quality content, but the understanding that some content is going to hit and some is going to miss. A good amount of these risks incorporate culture that would never pass network executives who focus on middle America. Movies and shows like Roma, Trapped, and Fouda have found homes on streaming services, even though they focus on niche cultures. For the first time we are experiencing a broad spectrum of  international quality. Ramy is no different. The show from the minds of Ramy Youssef, Ari Katcher, and Ryan Welch follows a fictional version of Ramy as he navigates the tumultuous balance of religion, modernism, and self in New Jersey. This might be the first show that effectively tackles the social and mental conflicts that a millennial Muslim faces, and it does so for one simple reason; it’s honest as fuck. 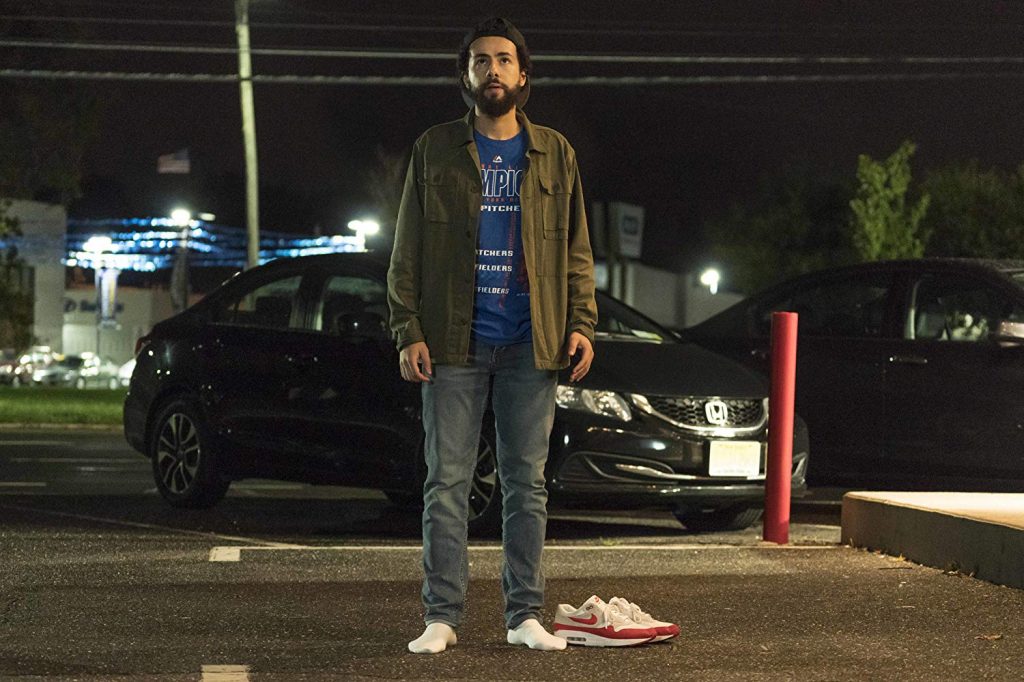 I remember working on my first project almost 15 years ago and focusing on doing other people’s stories because I never knew that I can tell my own. The understanding on my end was that the only way to navigate through this toxic entertainment environment was show “them” the content they wanted to see, even if it wasn’t true to me. One of the reasons it was always hard to really get under the skin of being an Arab or Muslim or even both, was that it was difficult to come to terms with who I was. I was not alone. Our generation, regardless of how open are parents were, are the first of our kind. We didn’t have to struggle to put food on the table or worry about our family back home. We groaned about Sunday school and made up our own rules to make us sleep better at night. We delved into our own interpretations of right and wrong, using shaky and sometimes outlandishly wrong sources. We drank, experimented, had sex. Our assimilation was not easy. But do you know what makes it even worse? We didn’t want to be honest with who we were or what we were doing. Enter Ramy.

Ramy is a conflicted character. He doesn’t drink or smoke (not even Ecstasy gasp!), but he dates white girls and has sporadic sex. Actually we get into it right away with Ramy having sex and afterwards filling a condom with water to make sure there were no holes in it (obviously we get into a hilarious “what if we have a baby?” argument here). We effectively hit the ground running, and there is no looking back. Ramy’s family is a well rounded bunch with his mother, Maysa (the enigmatic Hiam Abbas), father, Farouk (Amr Waked – possibly one of the Arab world’s most respected actors), and his sister, Dena (up and coming May Calamawy). They all have their own problems that they deal with, and we get to focus on them throughout the series, much like Aziz Ansari did with his Master of None. Unlike Aziz’s show, there seems to be an overall goal of Ramy, which is making sense of the insanity of this mine field we all find ourselves on. The first episode, “Between the Toes”, sets Ramy’s world of working at a startup, trying to get wudu (ablution for prayer) correct, and believing he is ready for marriage. As we peer more into the world it is evident Ramy is just us. He is every ugly truth we like to hide, from rushing through wudu to avoiding Muslim females as if they are a whole different species. There is nothing to shade from this honesty. It’s refreshing. 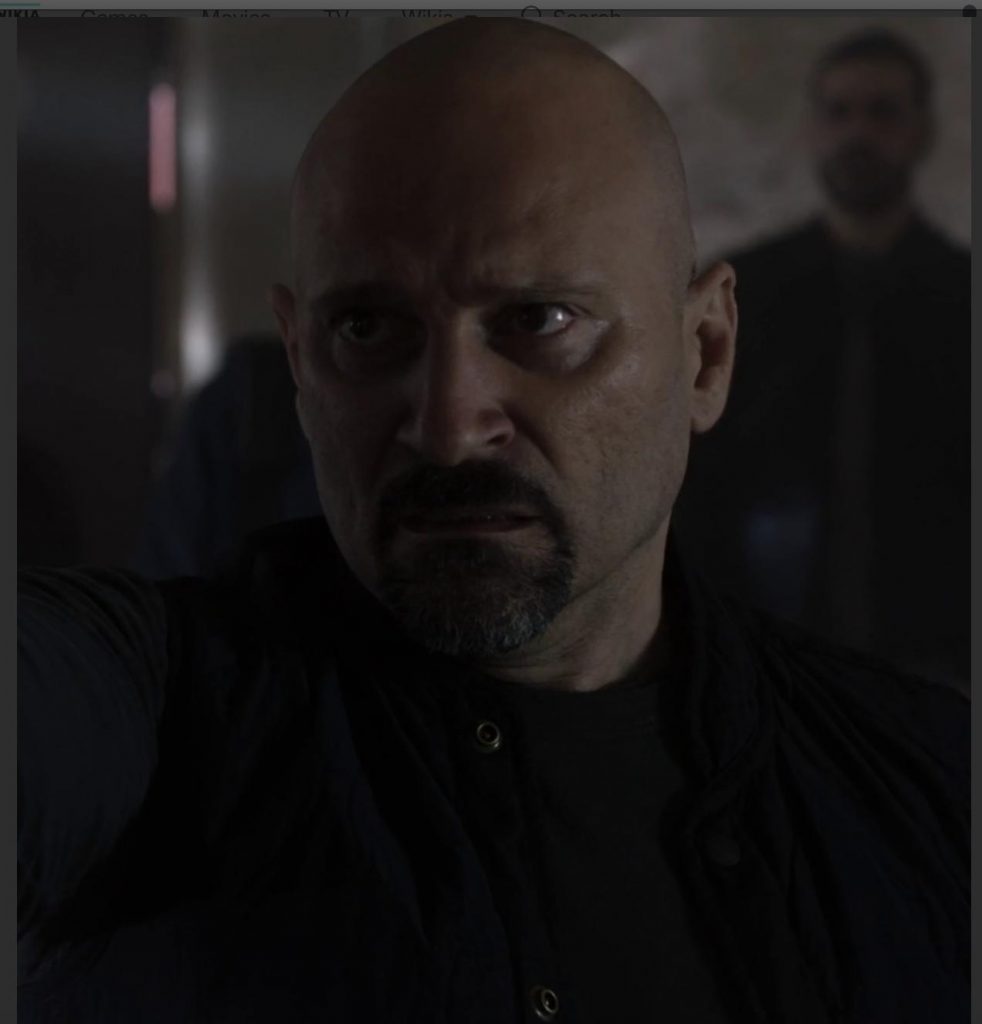 As we catch Ramy trying to get help  from his friends (including comedian Mo Amer who we need to see in more things) and his Uncle Naseem (Laith Nakli deserves an Emmy for his role and I will seriously champion that nomination), we are washed over with the confusion he is constantly fighting. The fact that not two people are the same in the show in any regard or opinion is endearing. Just like the real world, not even three friends (Dave Merheje’s Ahmed even finds an empty room at an end of Shabbat party to pray) interpret their faith the same. Ramy is also a good sport, as we see his interactions with his friend Steve (Steve Way) who has muscular dystrophy. As much as Steve takes shit from everyone, he also dishes it back, showcasing his great nature of seeing people for who they are rather than what they look like. This is a running theme; we are more than just our religion or our upbringing.

Ramy’s relationships are also plenty and often messy, with one including a married woman from the mosque. When Ramy’s father confronts him about it he launches in a “I came to this country so you and your sister have a better life” diatribe that ends with “at least you’re not gay”.  This clash of the old and new doesn’t stop there. In one of my favorite episodes “Refugees”, Dena gives us the hard line between how females and males are treated in an Arab/Muslim household and it’s beyond glaring. Ramy finds himself usually unfulfilled or looking for more in these relationships, not realizing at times that maybe it’s on him too. This conflict leads him to Egypt, the motherland, where he can find himself finally. Or does he? Just like everything else, it’s not such a clear path. This includes not only soul searching and an awakening, but also a forbidden attraction that might not be so forbidden. Egypt gives us some phenomenal performances from Ramy’s cousins Shadi (Shadi Alfons) and Amani (the spectacular Rosaline Elbay), and makes one hope for more of this Egypt storyline next season. 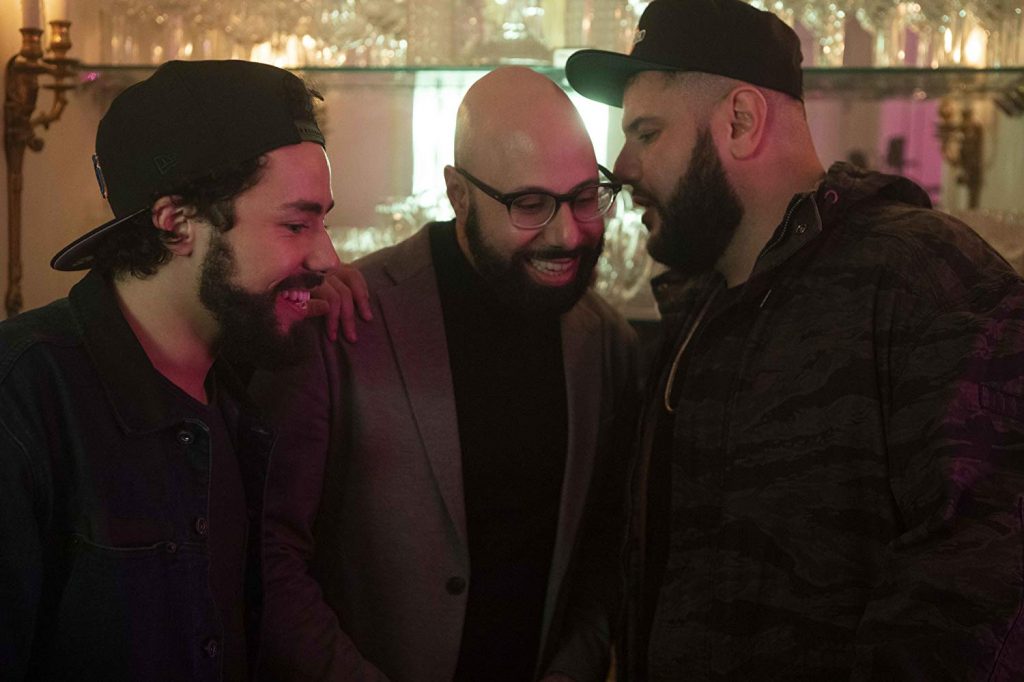 There are too many episodes that stand out from “Strawberries”, where we get a Bin Laden monologue, “Ne Me Quitte Pas”, an ode to tired mothers, and “Dude, Where’s My Country?”, which is a raw account of the Arab Spring revolution. I can go on and on, but really it falls down to one thing: truth. Ramy gives us this in spades, and then some. This is not only a show that I can get behind on, but one that I am proud of.

And yes, if you jerk off six times in a row you might need to go to a hospital (trust me you’ll get it).

Ramy is streaming all episodes on April 19th on Hulu