Unequal treatment and circumstances for women is nothing new. Lately we have seen many women being vocal on the injustices that occur around that lack of equality, sexism, and harassment. This is what actually makes this piece so enjoyable for me. I find myself rather enjoying the direction that Nike and Jordan Brand are going for as it pertains to women’s shoes. Nike and Jordan seem to be well aware of the current climate of the world, and seem to be looking to be a pioneer moving into the future with change. The companies have always been diverse with their infrastructures and with the faces for their brands, so this piece is not necessarily looking to discuss that. This piece is more about what is coming in the future as far as a roadmap for releases, the focus they are putting into women’s sneakers, and some of the things they have already done thus far that you may have missed.

Any true Female Sneaker Enthusiast has known the struggle of enjoying sneakers and in certain cases having to watch them from a distance. What I mean by that is there have always been many releases that strictly release in men’s sizes only. Therefore, for many women that do not have larger feet, some releases are just not an option simply because they are too big. There are many reasons for this that can provide understanding such as limited runs or demographics, but we will not dive into that. This has actually been a conversation I have had with many women. As the resident “Sneaker Guy”, women will ask me about a release and at times, my response is “unfortunately these only released in men’s sizes.” This is something I actually saw shift over roughly the last year and a half though. Many companies will release a pack with a men’s version and women’s version, I saw Nike and Jordan Brand do something different compared to that option though. Over the last year and a half, I have seen a greater emphasis on women’s and youth exclusive releases. It has actually been extremely refreshing too. In addition, I would be lying if I did not acknowledge that there were some releases that I wish would have been in men’s sizes too. So, let’s actually take the time to speak on some of the specifics from Nike and Jordan Brand in regards to putting our ladies first with releases. 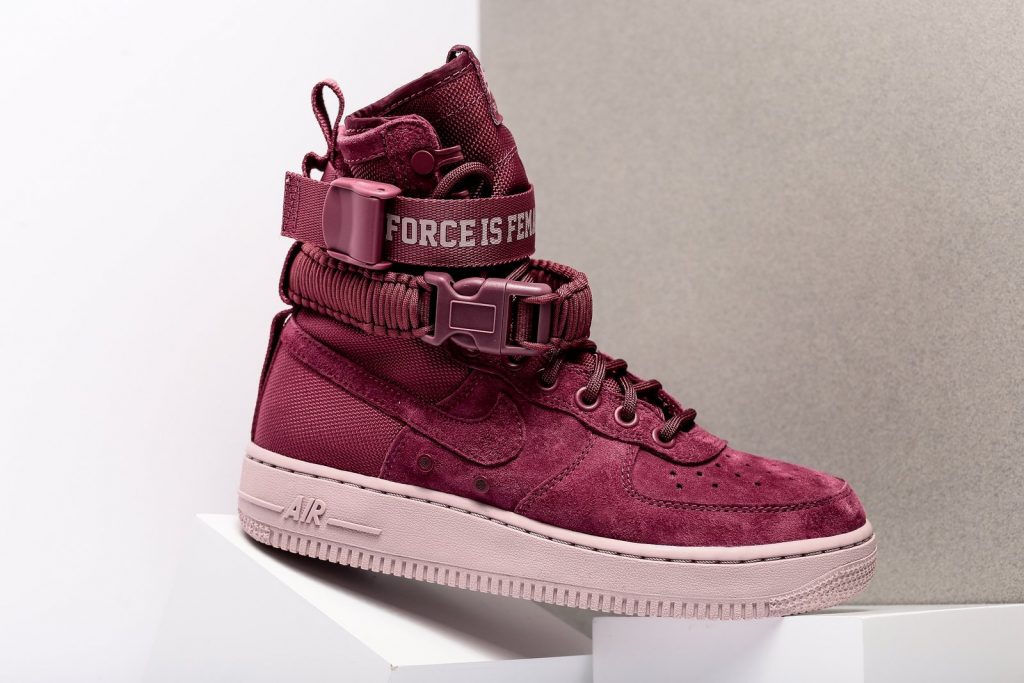 I will start with the Nike portion of things. Just this week Nike released quite possibly the best release from their Force is Female campaign, which rolled out last year. The initial campaign featured Gia Seo, Afiya Bennet, Marissa Bryant, and Kalysse Anythony. After its roll out, we saw a bunch of women specific Air Force releases last year, and some of them were very highly touted. We got a variety of women’s Air Forces over that time. Iterations of the SF-1, ’07 SE, and Upstep all made waves as some of the dopest releases for women last year. Those along with specific VaporMax and Air Max exclusives made it a good year to be a Female Sneaker Enthusiast. Aforementioned this week’s release may be the biggest gem to date. First and foremost, the “Vintage Wine” colorway alone makes it an instant eye-catcher for anyone who sees the shoe. The colorway flows seamlessly through the silhouette and really pops with the suede featured through the majority of the shoe. Beyond the colorway, the silhouette also has “Force is Female” printed throughout the straps of the shoe for accent purposes. Another small touch that adds to the greatness of the shoe. 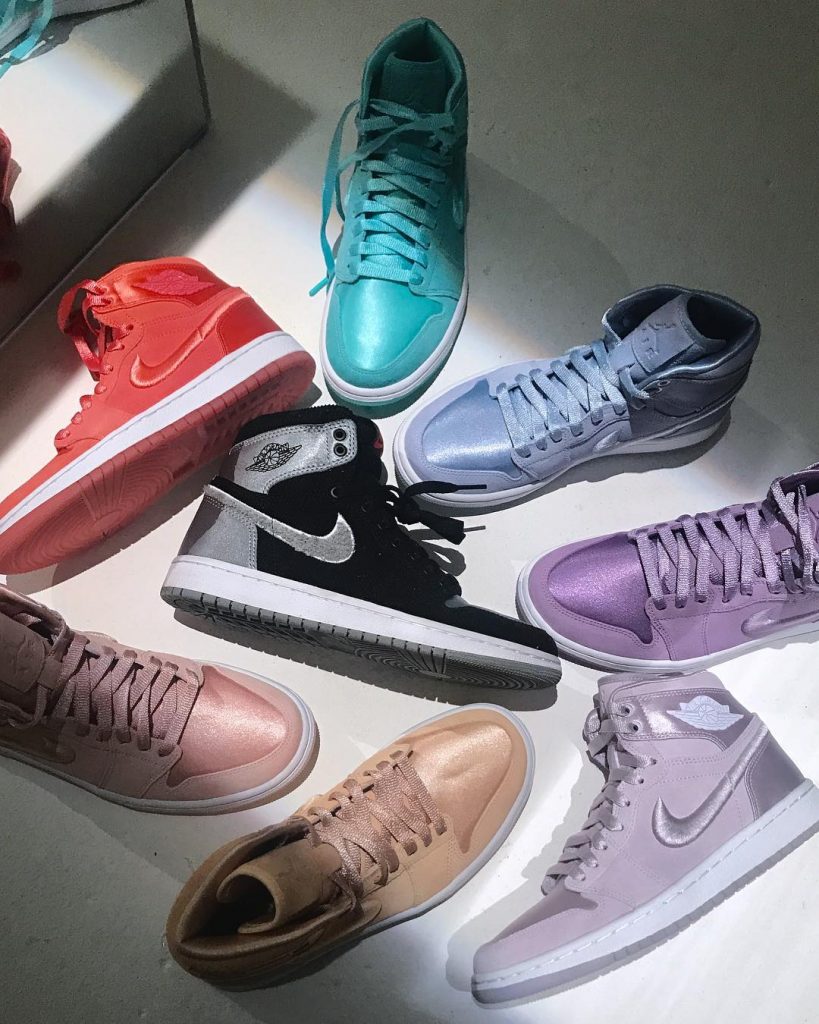 This week has been just as big for Jordan Brand as it was for Nike. Jordan Brand has just unveiled a slew of women’s exclusive releases slated for the year. Through Instagram, an entire line of women’s Jordan 1s where displayed by their current face for women’s sneakers Aleali May. May dropped one the dopest collaborations of last year with Jordan which featured a corduroy and satin upper. This year’s line seems to have retained the satin hits while also picking up what appears to be a fully woven swoosh on all the pairs. Women’s only Jordan’s are nothing new, but we seem to be getting them much more frequently than in the past. In addition, now that there is a face from the style world to consistently put next to their women’s line the possibilities are endless. May is recognized as one of the best-dressed women in the industry and has also styled many of our favorites as well. Her input and insight has already shown to be a positive for Jordan, and the new takes on classic shoes definitely seem to be promising. In this unveiling yesterday we also got to see what appears to be a high-end 1, which is swooshless with a zipping upper. We also saw a Vachetta Jordan 12, which frankly looks flawless. The conference was definitely something to see and is huge for Jordan Brand. This should be an interesting year to say the least.

Women’s sneakers as a whole are definitely taking great leaps forward. Nike and Jordan Brand primarily, are leading the pack with keep women’s shoes a priority. As an enthusiast myself this is something I truly enjoy. We are just getting the glimpses of the roadmap and releases for this year, and I am confident by this time next year we will be looking back at how groundbreaking of year this was. Stay tuned with SOCIAL as we look to take you through this year with everything you want and need to know about. I hope you are all as excited as I am, we at SOCIAL can’t wait to bring you the updates on these releases, concepts, exclusives.

Make it Work for You