I stood in front of the thick glass entrance that guarded what seemed to be nothing more than a mere ordinary upscale restaurant, one of many located on the bustling streets of downtown D.C. As I gripped the bronze handle of the restaurant’s glass barriers, entering the dimly-lit establishment, my mind could not prepare me for the wealth of amazement and awe I was about to endure. With two feet firmly planted inside the restaurant’s walls, I became swept away in a sweet and savory chocolate paradise: Co Co. Sala. 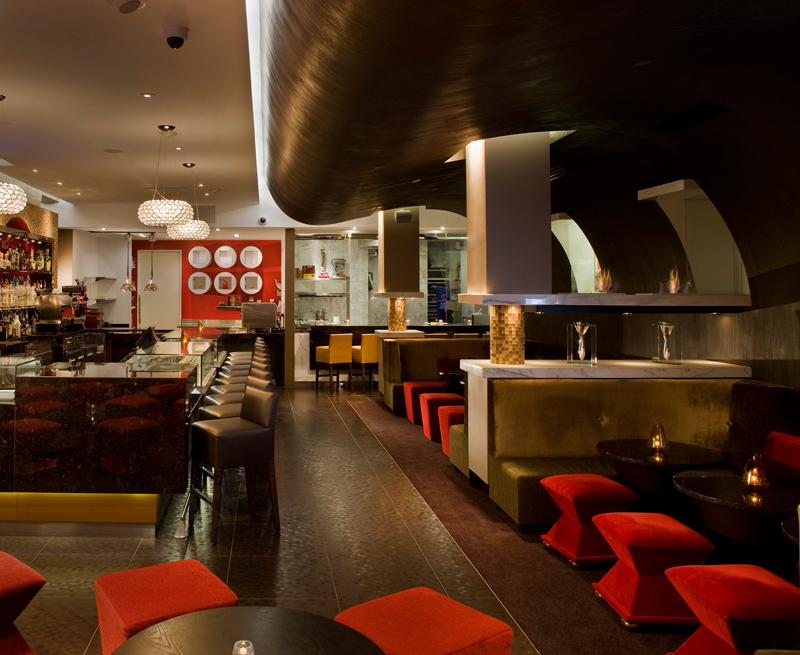 Working as the humble and meek Charlie Bucket, I entered a sugarcoated, honeyed world imagined by today’s Willy Wonkas. From its ceilings that imitated the decadent and alluring waves of chocolate icing to its floors whose tiles mimicked the solid chocolate bar squares I ate as a child, this restaurant’s mere architectural design made any and every patron’s stomach quiver with relentless hunger for the upcoming sweet treat. 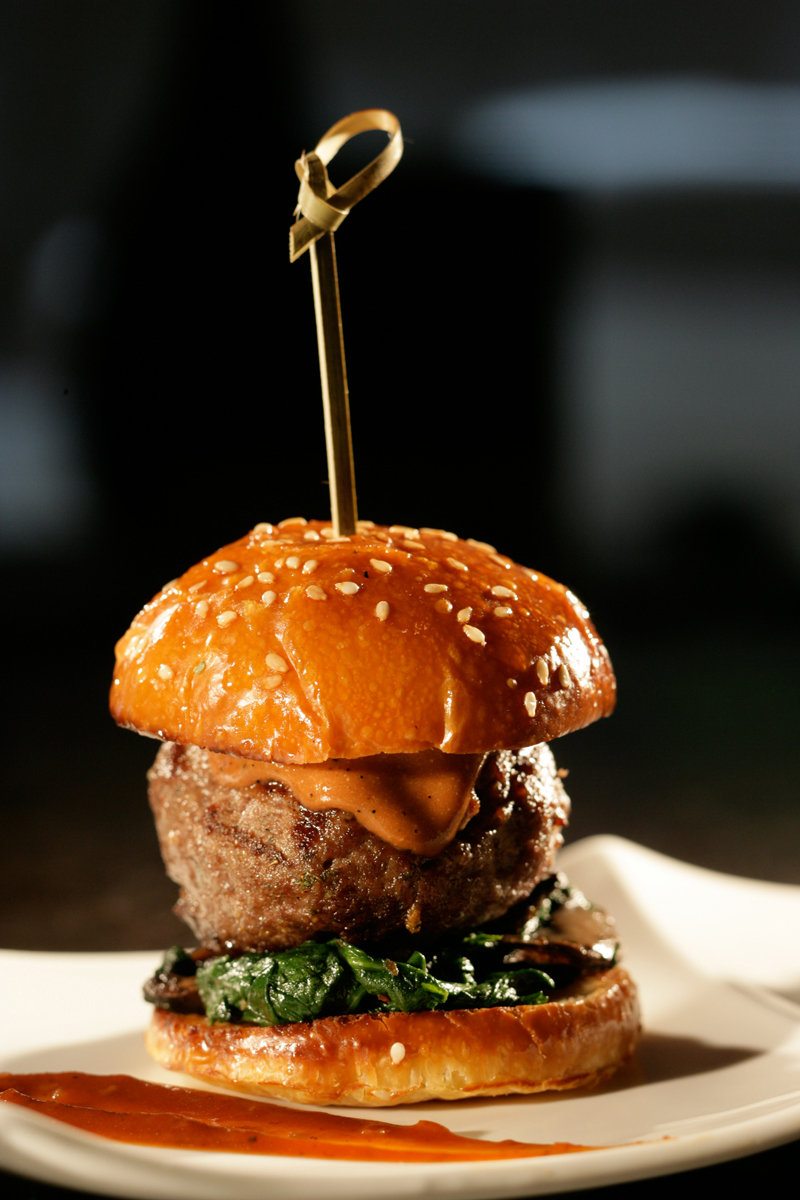 Once I took my given seat, a seemingly endless series of vividly flavorful dishes took my undivided attention. I was served a wide array of meals that each acquired its own different and unique taste, with each new food bringing an explosion of flavor in my mouth. From the blue cheese beef sliders to the steak and eggs flatbread, each plate brought its own set of quirks and qualities, whether it be sensuous, mysterious, or playful. However, despite the plates’ variety of differences each hold an unconventional, but cohesive element in them: chocolate. 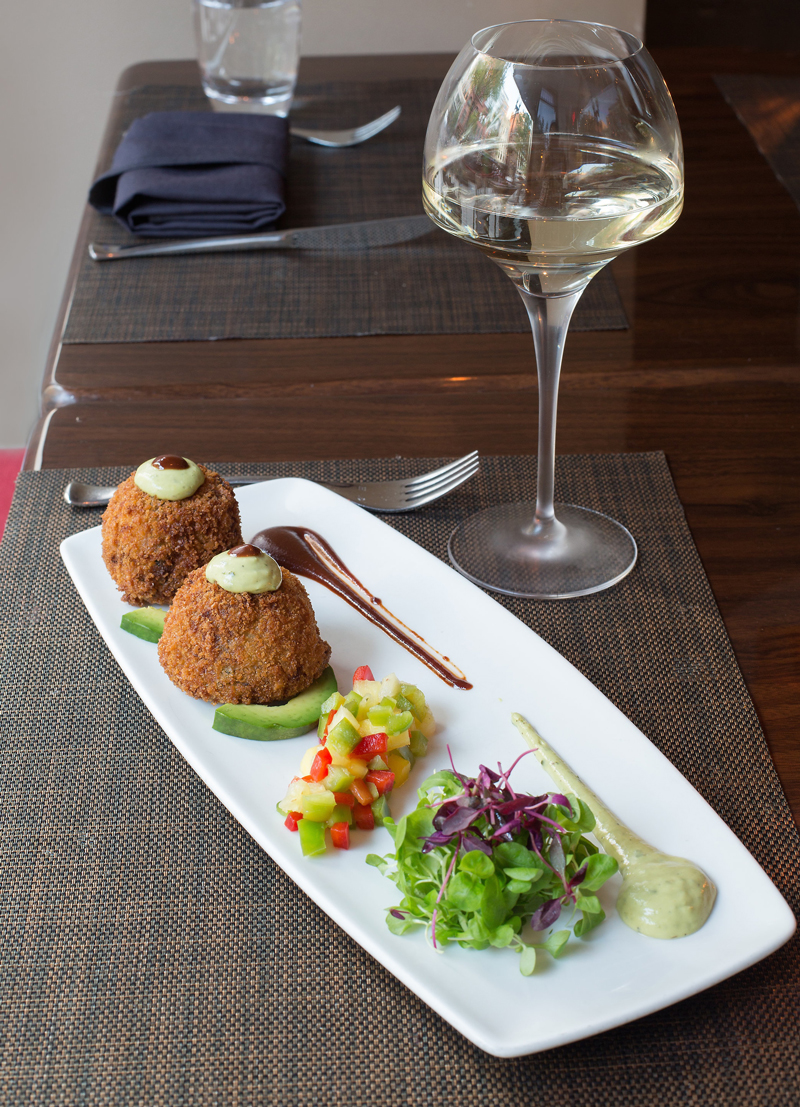 No matter the meal, whether it be brunch, dinner, or dessert, each plate rebelliously contains this sweet and adaptable ingredient, characterizing Co Co. Sala’s meals as excitingly unorthodox.

Each cuisine that traveled from the hectic kitchen of Co Co. Sala to my dark rectangle of a table worked as a subversive to the well-established, traditional cooking methods throughout the modern world. The plates themselves looked as though they were designed by Wassily Kandinsky, holding shapes and patterns that mimicked that of abstract art styles. However, not only are the designs of the food affected by the avant-garde thinking of Santosh Tiptur, executive chef and pastry chef of Co Co. Sala, but so is its inner workings as well.

As my fork sank into each new food item, such as the cinnamon brioche of Co Co. Sala’s French toast s’mores, I tasted a whirlwind of flavors that were unlike anything I had ever experienced before. Tiptur takes the conventional ideas of sweet, salty, spicy and bitter, and creates types that fall in between such concrete categories, leaving the customer overwhelmed with confusing enjoyment. Tiptur works as an artist, with the odd square of a plate as his canvas and his multitude of fresh, exotic ingredients as his paint. 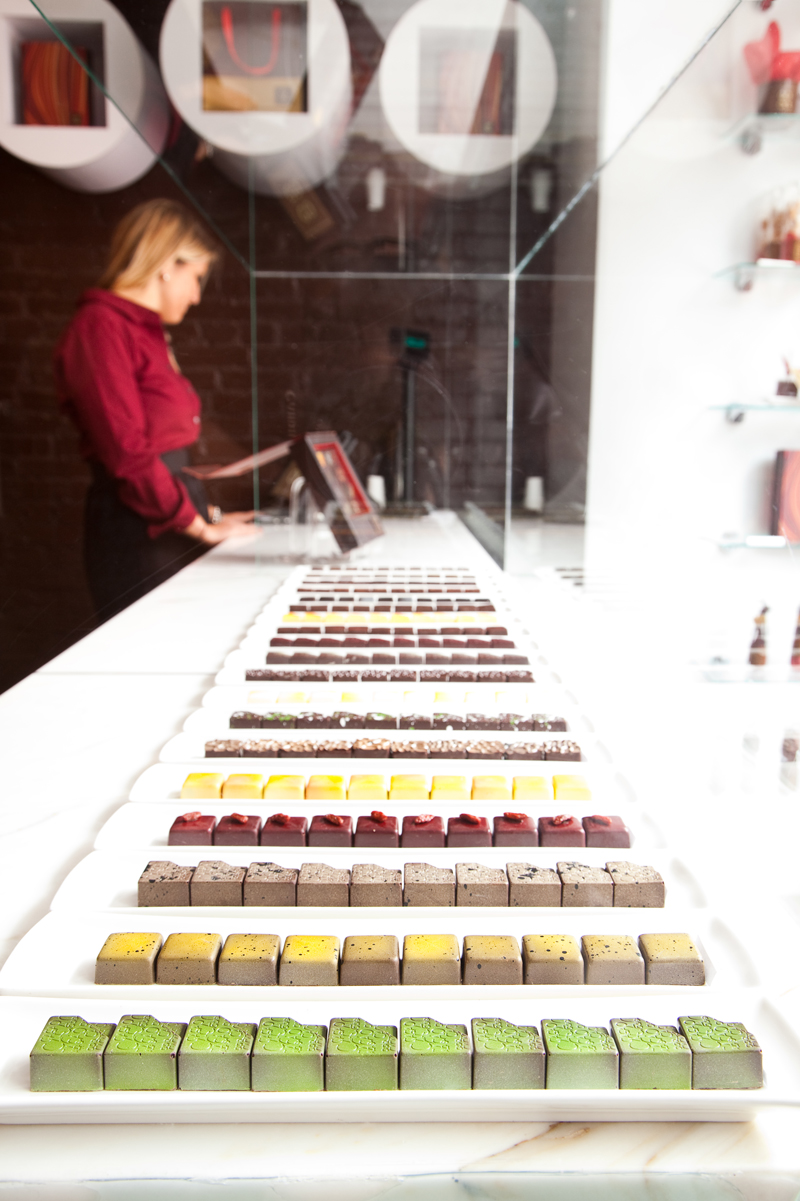 Launching in May 2008, Co Co. Sala was a dream put forth to reality by dedicated cocoa connoisseurs. Founders, Nisha Sidhu and Bharat Moltra initially planned for Co Co. Sala to be no more than a mere a dessert-only restaurant and chocolate boutique, opening in the early afternoons and closing around the modestly-late evenings.

Be that as it may, as the influx of customers thickened, Sidhu and Moltra realized that Co Co. Sala had not developed to its full potential. With the assistance of chef wizard Tiptur, the restaurant expanded its menu to include a day’s average meals, with each breakfast, lunch and dinner influenced by the sweet tooth of Co Co. Sala’s staff. 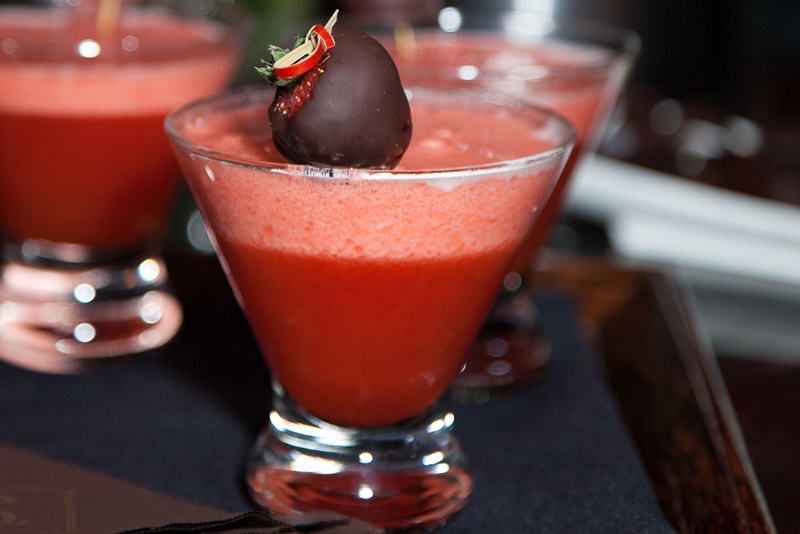 Though the food is truly a marvel in itself, I realized the vast amount of painstaking perfectionism it took to create a restaurant such as Co Co. Sala. From the dark chocolate brown marble imported from Italy to the glass-encased sugar sculptures created by Sidhu herself, Co Co. Sala was a labor of love for each and every staff member. Their tireless dedication is truly a wonder as all those who work at the restaurant show unwielding enthusiasm of the greatness that lies within the chocolate-colored walls of the building.

Whether you are a globe-trotting restaurant pundit to a meager tourist from the west coast, Co Co. Sala’s spellbinding dishes are for any and every chocolate-lover. It is here at Co Co. Sala where all chocoholics can congregate and feast to a wide assortment of self-indulgent, fat-inducing treats.