Stylist Engie Hassan’s journey to becoming an extraordinaire in the world of fashion began as a youngling. From the beginning of her elementary school years, Engie knew what her calling was. While attending the Fashion Institute of Technology to receive a Bachelors in Fashion Merchandising Management, and soon after New York University for a Masters in Graphic Communications Management and Technology, it was the internships that she divulged her time in, along with the experiences that she went through that had been the driving forces behind developing Engie into the maverick that she is known to be in the industry today, both coast to coast and internationally. 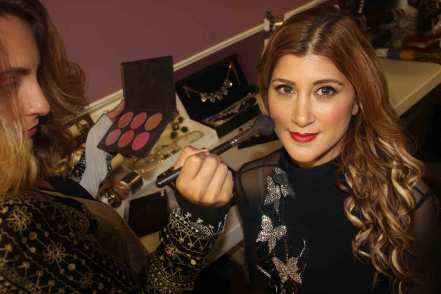 Between interning and working with companies like Vogue Magazine and Bergdorf Goodmans, it was during Engie’s tenure as an intern in Paris at French Vogue that magnetized her passion for styling. As an intern, Engie had the rare opportunity to be able to learn from, and work with some of the most renown photographers, editors, and stylists, giving her first hand insight into the industry. While spending time networking and collaborating with fashion houses and designers throughout her career, Ms. Hassan quickly began to gain a client list ranging from the who’s who of Hollywood to royalty. Soon after, EngieStyle was officially launched by Engie in 2010. Since the launch of the company, the talented individual’s that are a part of the EngieStyle team, along with Engie have been styling clients for an array of functions, from special events to award shows, whether it’s for that night out at a gala or an evening at the Golden Globes.
As indulged as she is in the world of fashion, Engie spends just as much time giving back to the community. Every year, Engie works behind the scenes in producing fashion shows and events, partnering with various charities to create awareness and provide assistance for organizations that are close to her heart. During 2013’s Fall Fashion Week, Engie styled the Relief On The Runway Intercontinental Fashion Show, an event from which proceeds were donated to benefit the ICNA Relief. Featured designers; Nahda Designs, Sabika Seattle (AlSundus), Cover Me Beautiful, Islamic Gems, Amalina Aman, and La Merveille by Kadiatou Diallo all took the runway, turning heads start to finish. 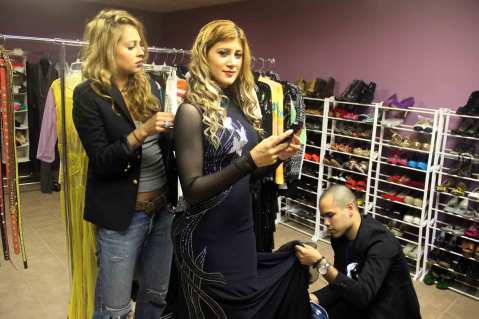 Giving back doesn’t sit alone when it comes to remaining close to her heart. Engie’s family has been her backbone and inspiration since the beginning of her journey. Whether it’s her parents, brother, sister in law, or niece and nephew, the ever so cute apples of her eye, Ms. Hassan has looked up to, and leaned on them for the courage and wisdom that has gotten her to where she is today.
From fashion styling, personal shopping, brand imaging, producing fashions shows, and styling editorials, Engie is one of the most sought after in the industry today, with a future nothing but bright for this rising star.