“Yo, my mind is seeing through your design like blind fury
I shine jewelry sipping on crushed grapes, we lust papes
And push cakes inside the casket at Just wake
It’s sickening, he just finished bidding upstate”
-Nas, Affirmative Action

Growing up with a brother 10 years older than I am through the 80’s and early 90’s, my music background began right at the sweet spot of hip hop. This was when greats like Run DMC, NWA, A Tribe Called Quest, and many others were laying down the foundation of Hip Hop. They were fighting media wars, and clearing the path for generations of artists to more easily and successfully create music within the genre. So I myself, have sat through 3 decades of “barber shop debates” about all-time this or that. When it came to best rap groups and lyricists of a certain era, Brand Nubian and Sadat X would eventually come out of nowhere. After everyone said the same answers you usually hear, someone slams the Brand Nubian/Sadat X card like it’s a Draw Four in Uno. I won’t say that I agreed, but I knew Brand Nubian had a style all their own and Sadat X had a voice that separated himself from everybody else in rap.

Fast forward 20 years, and Hell yeah I’m still listening to the Era I grew up in like it’s brand new! I’m not on Instagram to follow artist, personalities, or models. I want new recipes and workout motivation if I’m being honest. So one night as I’m scrolling, Sadat X’s account crosses my #wine search on IG. I’m sitting there like“Oh shit! Sadat X drinks wine!?” I read the caption. “Oh shit! Sadat X makes wine!? ” Mind blown! I mean, I knew a wine culture existed somewhere within hip hop, it just seemed taboo to advertise it. Sadat came from the era of hip hop when they were drinking 40 oz. beers and dark liquor. Knowing about wine didn’t exactly fit the “rapper” mold.

So, I’m sure you know I had to do my research. Sadat was introduced to wine by producer/rapper Will Tell. As the story goes, Will decided instead of drinking Henny in the studio, they’d try switching it up to wine. They were getting too wasted off the Hennessey, therefore lacking production. When they switched to wine, more music was being made, and the rest is history. Will Tell is Sadat’s partner in their wine business. Similar to a producer, Will moves behind the scenes just a little bit. It seems as if he understands that as a rapper, Sadat is a recognizable figure. Producers seem to understand they play a vital, yet somewhat unrecognized position in the success of music. They are like offensive linemen. They do the toughest job, but they never get their name called on Sportscenter. In this operation, it seems no different. Will quietly and effortlessly works a room while barely being seen or heard.

Seven years ago, Will Tell and Sadat put out their first wine. It was a red blend from Veneto, Italy; as are all their wines. Their earlier wines to my surprise, got mixed reviews. I just assume whenever someone starts to do something for the first time, they suck. In the reviews however, there were quite a few people really into the wine. There are people that bashed it too. One of which being entrepreneur, social media star and wine industry trailblazer, Gary Vee. I got a chance to speak with Will Tell, and told him it was a good thing Gary didn’t like it. I didn’t give Will the explanation about it, just left it vague and went on my way. Here’s how it works if you have a wine everyone likes, you most likely have a shitty wine. Wine is supposed to create debate and emotion if you ask me. Everything isn’t supposed to be for everybody. My second point was by Gary not liking it the first time, the next time Gary tastes their wine, he will recognize the improvement. With that he as well as they, will more than likely appreciate it more. My last point is that’s a nice chip to have on their shoulder.

But, as of Saturday May 12th Will Tell and Sadat X rolled out their 8th wine in seven years in a little wine boutique called High Point Wines & Spirits on 40th ave in Brooklyn. Its owned by childhood friend of Will’s, fellow musician, Rishi “Red” O’malley Puntes. The son of an Irish mother and Spanish father who grew up with a passion for wine, but was also “with the shits” as the kids would say. With his daughter behind the register, and wife and ex-wife helping out around the store, it was an operation only a common passion for wine can make work. All jokes aside however, Rishi and his family have a great wine shop, and they treated me like family which I am always grateful for.

The name of the True Wine Connoisseurs Rosé is “Cool Breeze”. Not only does it give you insight to the refreshing flavors of the wine, it’s also a metaphor to what they are to the entire wine culture. As we have known, wine people tend to come off a bit snobby and excluding. Will and Sadat’s natural energy is one of inclusion and connection. They’re so down to earth, yet so passionate about their wine. Their label is designed by legendary graffiti artist, REAS AOK. This tells me that Will Tell and Sadat X really understand how hip hop and urban culture can positively affect the wine industry. They understand that in order to grow a culture, you have to be inclusive of other cultures. Within the “Cool Breeze” Rosé is the ancestry of Italian wines, Hip Hop music, and Graffiti art. This is the marriage of cultures that is supposed to exist within the wine industry, and the possibilities are endless. It takes innovators like Will and Sadat to do what others don’t dare. To make something cool or acceptable when everyone says it isn’t, or doesn’t naturally gravitate to it. Which is ironic because that’s how hip hop became so popular. I guess for The True Wine Connoisseurs, it’s a “same varietal, different vintage” kinda thing. Cheers to Will Tell and Sadat X on a great Rosé and thank you for helping push the wine culture forward! 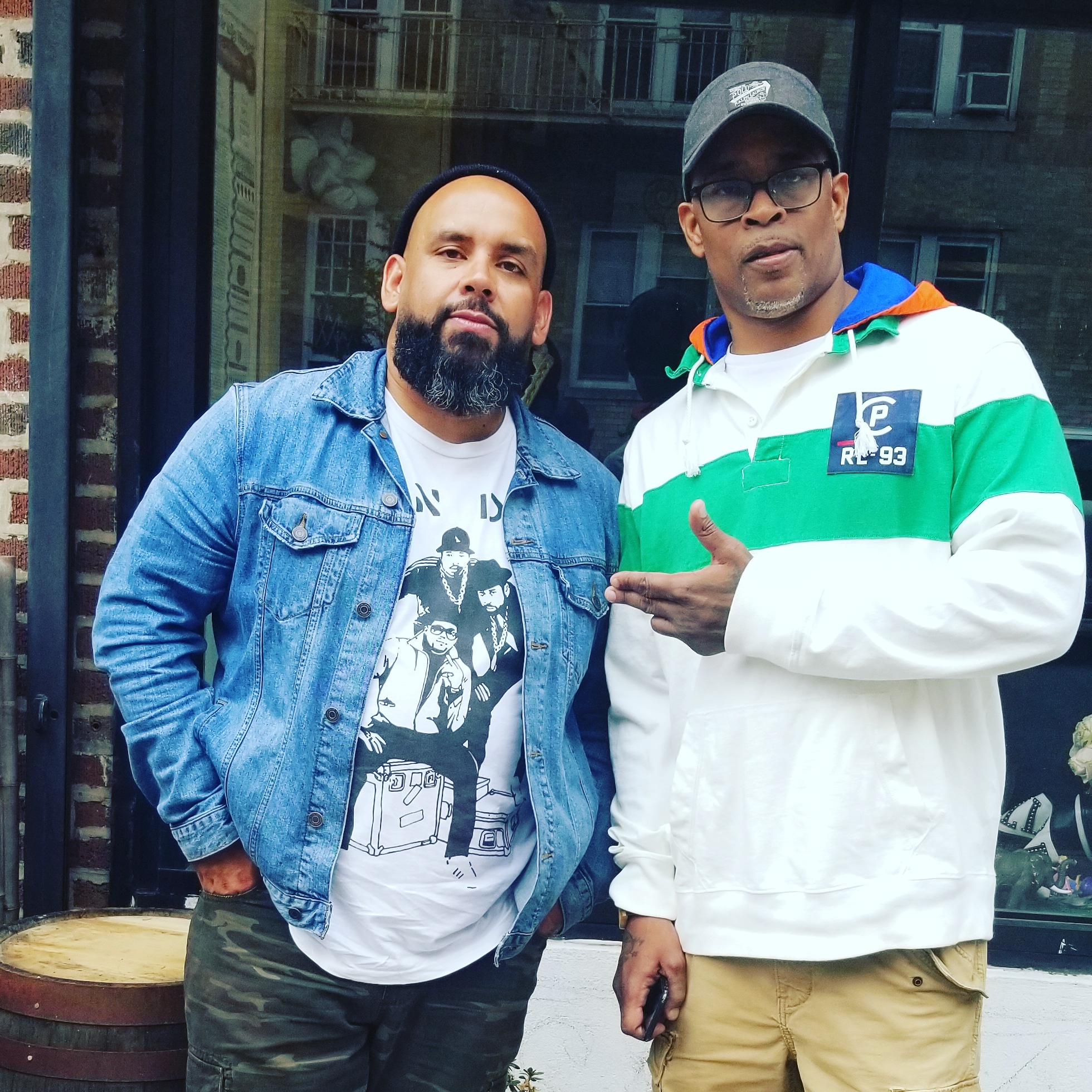 Written By
John Michael
More from John Michael
“Sometimes I take all the shine Talk like I drank all the...
Read More