The Lamborghini Estoque, while still only a concept car though with a strong chance of seeing production, seriously shakes up what the name Lamborghini calls to mind. First and foremost, it is a sedan. Yes, a four door, four seat Lamborghini. While some will groan this as the antithesis of everything Lamborghini stands for, others will applaud the Estoque for its bold and iconoclastic design.

Performance details and specs are slim at this point for the Lamborghini Estoque concept. Notably, Lamborghini has not yet solidified what engine would power the car should it see production. The most likely choice would be the excellent 5 liter V8 which forms the performance base for both the Lamborghini Gallardo and the Audi R8.

Rumors have circulated that the Lamborghini Estoque might be powered by a cleaner-burning turbodiesel engine, and while this is unsubstantied, it would certainly be an interesting choice as luxury sports car makers try to reach out a hand to wealthy buyers turning away from huge horsepower in favor of a more green image.

The name “Estoque” signifies the sword worn at the hip by a bullfighter, used to gore the bull at the end of a match. The Lamborghini Estoque concept has long, low proportions, and with its pointed front end and huge rear fender flanks certainly looks sword-like in its own right. 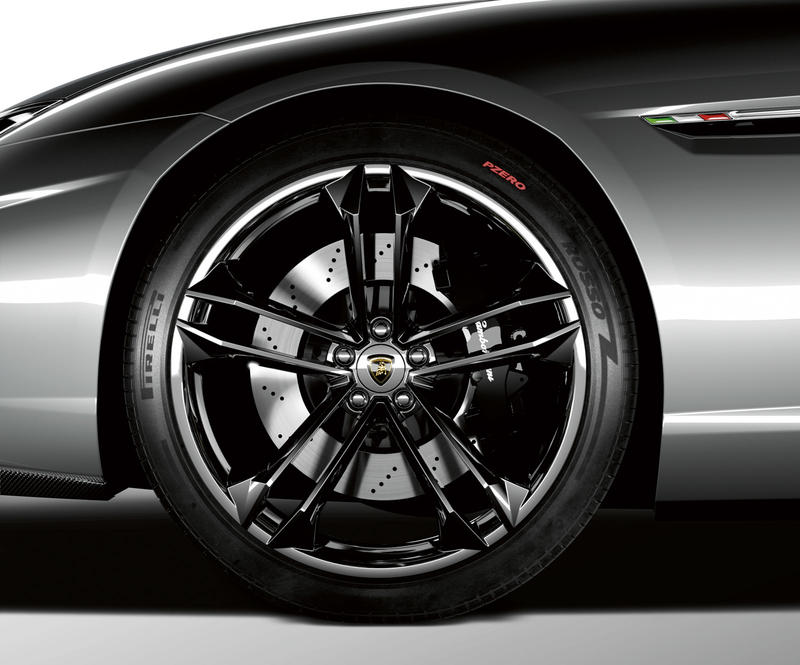 Power from the as-yet-unnamed Estoque engine is put to the ground through all four wheels, as is customary of everything to come from Lambo. The Estoque, which Lamborghini calls a mid-engine car, features both a motor and drivetrain located aft of the front axel line, a move which should lend itself to perfect weight distribution.

108 thoughts on “The Lamborghini Estoque”