For those that personally know me, it’s no secret I’m a fan of Anime. I may not go crazy fanboy on things, but I often set aside time to watch my favorite series’. I’m not so much into a lot of the new stuff that garners all the hype. That is probably due to me being around for the first generation of Toonami. Say what you may, but that was a lot of people’s official introduction into things and for some it definitely left a lasting mark.

As mentioned with me I tend to enjoy some of the older stuff from Cowboy Bebop, Trigun, Lupin, Rurouni Kenshin, Dragon Ball, The Big O, Akira (of course), I mean the list goes on. However, at the top of that list sits probably my second favorite Anime of all time. I mean it’s probably wrong for me to even put it in the second spot, so let’s call it 1B. Yu-Yu Hakusho is and will always be on my Mount Rushmore of Anime. I have spent a lifetime putting people on to the series and I’m yet to hear anyone say it disappointed. I’m sure you can imagine I am looking forward to the new special releasing this year since it’s been so long for the series. 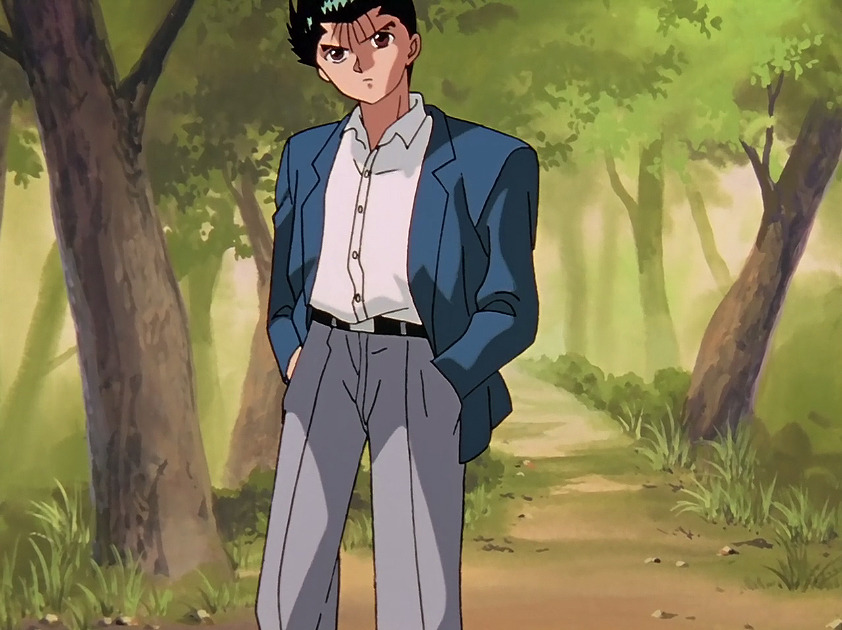 I won’t beat you guys over the head with extensive details and takes on the series. My simple statement is just make sure you sit down and watch it. It centers around a teenage kid who loses but eventually regains his life. In that moment he gets caught up in an after life known as the spirit world and finds out how things work in the afterlife. He impresses the right people and gets assigned to capturing and/or handling evil spirits. The series started in 92’ and ended in 94’, yet it hasn’t lost any of its impact or quality since then. This is not about how good the series is or where it stacks up against this and that. I literally don’t care about any of that for this purpose. This is solely to acknowledge something that has been swirling around the internet for some time. Yusuke Urameshi is the best dressed Anime character of ALL TIME! 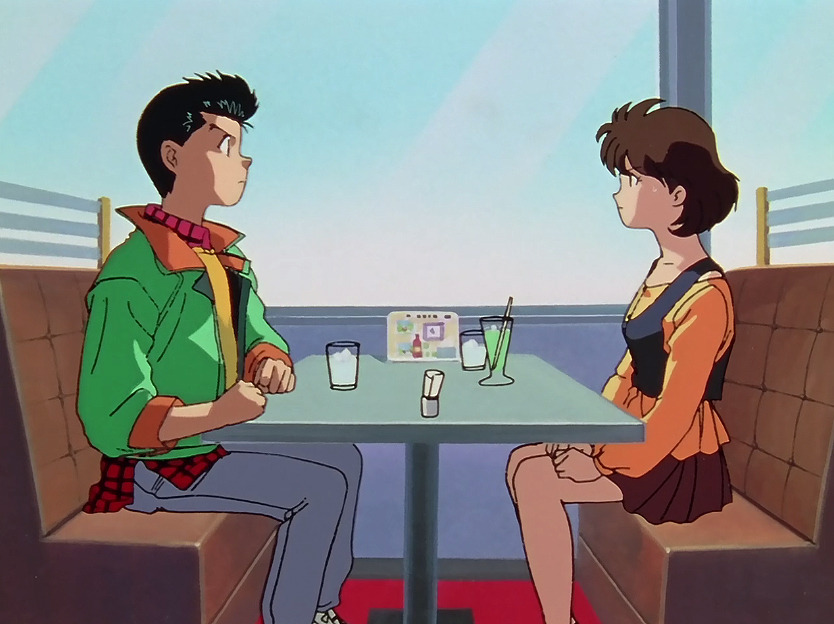 I hope you all heard that in Kanye’s VOICE. If not I have failed myself as a rather clever writer. Let’s not get distracted though. I know for many this is a completely foreign subject, but bear with me. Let’s make this super simple. We have all seen CARTOONS. Normally cartoons wear the same clothes, mainly due to being cheaper as a production cost. That’s not important for our discussion. That same premise applies to Anime at times but you can and will definitely get a variety of attire from certain series. However, this normally happens at a pivotal moment or a new season of the series. This wasn’t the case with Yu-Yu Hakusho. In many episodes you actually got variations in clothes based upon the scenes, and it actually all made perfect sense when you look at it. 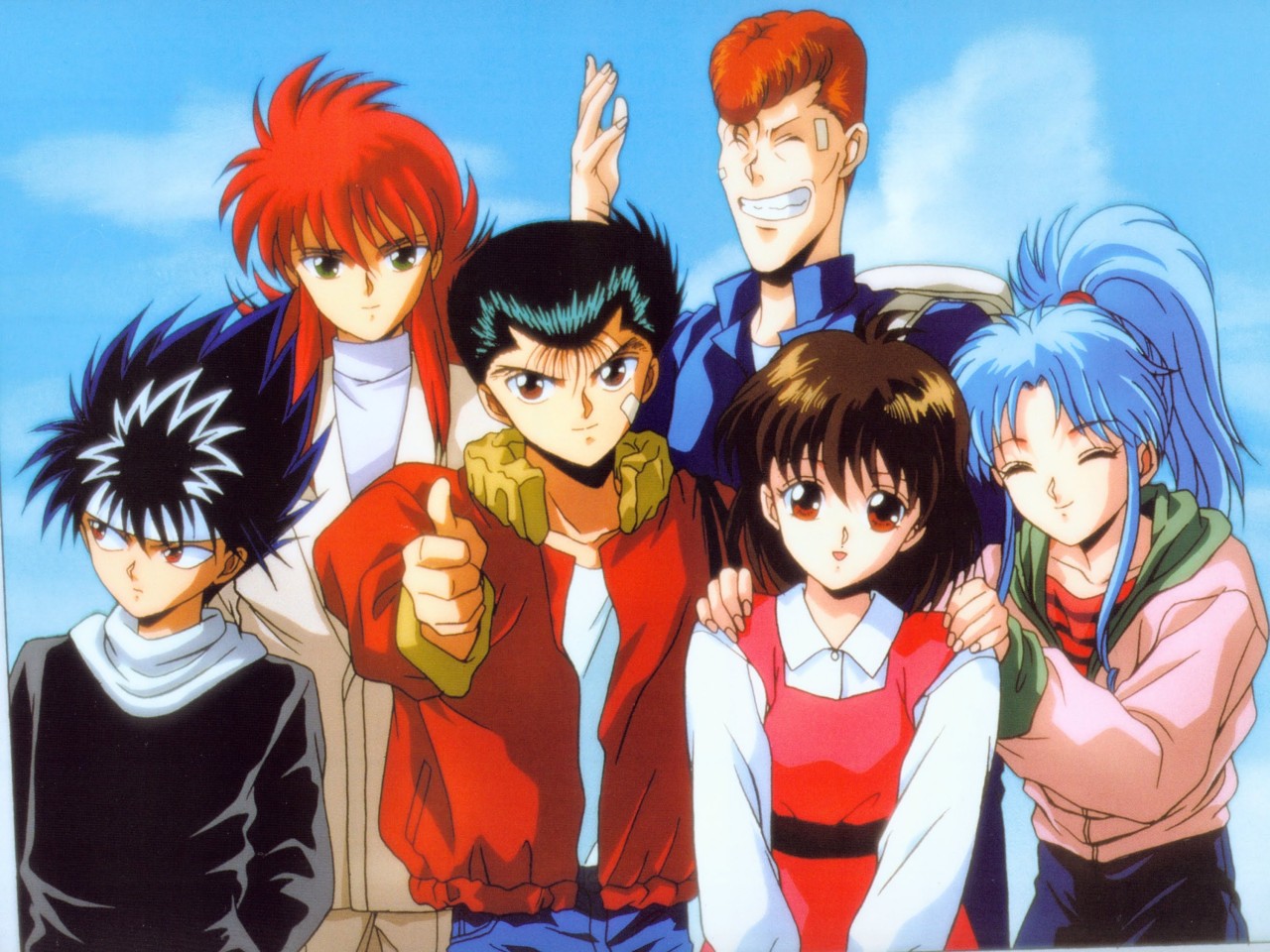 Japan has always been a forward culture, whether it be technology, food, or fashion. So for me this isn’t actually a surprise. Why wouldn’t we see quality individual style with the characters series at least once. The series takes place in what would’ve been current society at the time and doesn’t always trail off to a fantasy world. So in my eyes its completely logical to have a group of characters that are fashionable, with unique personal style. Especially when you are taking into consideration that they are supposed to be teenagers in the series and style being crucial to teens. Yusuke’s style is actually something that could translate well even in today’s world. Even back then Yusuke knew how to work layers, colorblocking, and the importance of good outerwear. His jacket and coat game were actually the stand outs too to be honest. We got denim, sherpa, leather, varsity, and various bombers all throughout the series. Always paired with solid pair of fitted jeans, twill, or standard pants. AR times we even got a vintage pair of dark shades to compliment the entire fit. It’s crazy, with as much of style icon as Yusuke was we often see other Anime characters featured in fashion related art. It’s something that doesn’t make much sense to me, but I guess those that know, get it.

I can definitely drive this home but let’s keep it simple. Hats off to a dope Anime and a fellow fly guy King Urameshi. Oh, gotta put Kuwabara’s jacket game and Toguro’s aura on honorable mention too.

Written By
Ricky Shoebio
More from Ricky Shoebio
Happy New Year young world. I hope all is well and you...
Read More