The 68th Annual Cannes Festival, the quintessential French Film Festival, wrapped last night, but where do you suppose most of the Film Industry events and private tete a tete’s were held?

Strangely enough for the most French of all Festivals, at a hotel owned by a German industrial family.  Rudolf-August Oetker retired as Executive Director in 1981, turning the position over to his son August Oetker (Jr.).

In Los Angeles if I want to get away from my home, it’s Chateau Marmont.  Chateau Marmont reigns  without competition now that the Beverly Hills Hotel is under boycott since someone realized that sharia law meant death to the sultan’s subjects who happen to be gay. Now even twenty years of JEWISH services hosted on Saturdays can’t  give them a pass.

FYI, the Beverly Hills Hotel boycott spearheaded by Jeffrey Katzenberg has affected the whole Dorchester chain but especially the Beverly Hills Hotel.  “We better stand up and kick these guys in the ass,” movie mogul Harvey Weinstein said about present-day anti-Semites as he accepted the Humanitarian Award at the Simon Wiesenthal Center’s National Tribute Dinner on Tuesday night at the Beverly Hilton. “We’re gonna have to get as organized as the mafia,” he continued. “We just can’t take it anymore [from] these crazy bastards.” I have personally always been a supporter of the Simon Wiesenthal Center, along with the founders, Rabbi Hier and former Ambassador to Holland, my uncle, Roland Arnall.

Some insiders at The Boycott the Beverly Hills Hotel group said the boycott might have had other issues like unions, or a potential buyer trying to drive down the price. I personally see it as double standard — we can view films financed by countries who exercise Sharia law, but not stay in their hotels?

The du Cap owners seemed to be understand you can’t act like a “jerk-off “.  They replaced the old manger, Jean-Claude Irondelle, with a new manager.  Irondelle simply used his power too arbitrarily.

Being thrown out or even mistreated at the hotel could cause serious damage to the career of someone in the film industry, with repercussions like the negative Variety article by Bret Ratner.  Actions that the old manager took on his own to put the hotel in a dangerous situation, and were also taking away from the grand feeling of the Festival. Once that management was gone, the ambiance improved.

The Du Cap meanwhile has hosted AMFAR for years, of which Harvey Weinstein serves as Chairman.

Interestingly when I began Bold Films with Michel Litvak, along with Gary Michael Walters, I recommended and negotiated their sponsorship of AMFAR. Incidentally, Bold made two great films recently, “WHIPLASH” and “NIGHT CRAWLER”.

In Venice, its the Hotel Cipriani, Paris maybe the Bristol, but when in Cannes it’s the Hotel du Cap. There is actually nothing like it, athough last year at Cannes Victorino and I stayed at the Carlton, and it was excellent, too.  Where does one begin to describe the virtues of the Du Cap, though, as it is complexe to say the least, but let’s say it begins with Service. The staff is managed by French General Manager Philippe Perd, who, along with his Belgian counterpart, Laurent Van Hoegaerden, are the Batman and Robin of their palace,answering to the owners.

The Assistant Manager is beyond great. I know every waiter and every bartender and each member of the valet. The Eden Roc section sits on the sea in a majestic posture. 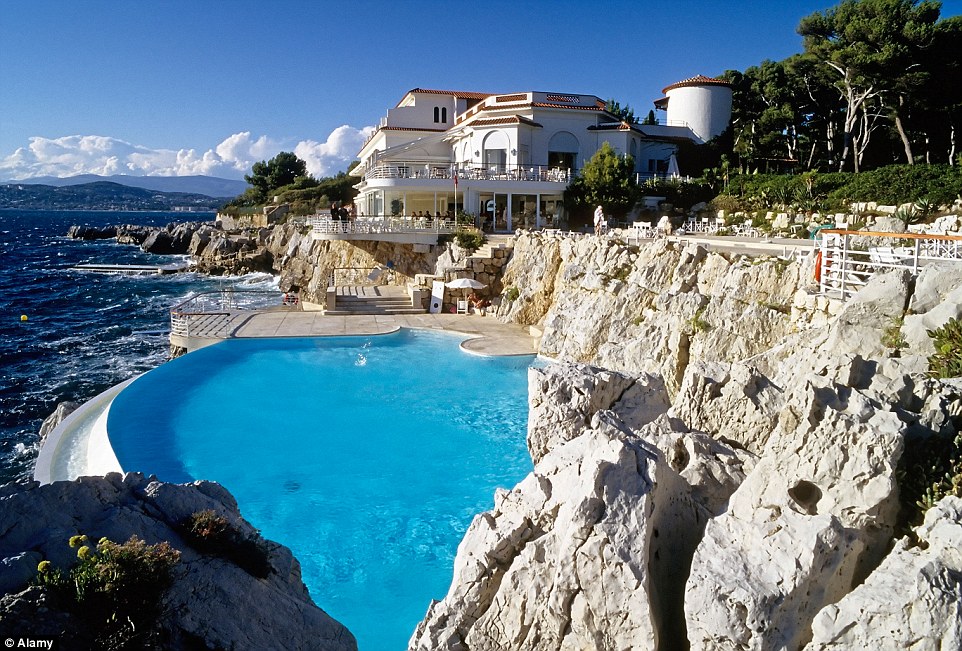 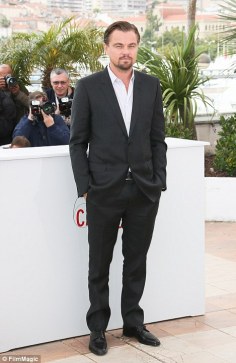 Today’s it’s not F Scott Fitzgerald but Leo Di Caprio holding court. It’s tennis time so the clay courts are impeccable or as the French say “impeccable”.  I usually play with my friend Prince Cyrus Pahlavi who has been a fixture at the hotel since his family fled Iran. The lunch is always a scene with the Grand Wizard of Cannes present, Harvey Weinstein.

With the Cannes Film Festival in France raging, I would like to share the history of this place, a place I have come to know very well. Bordering the French Riviera, surrounded by lush trees sits the Hotel du Cap at Eden Roc, the luxurious hotel near the festival. But don’t be fooled by its beauty; it is far from perfect. There is a long and tumultuous history hidden within the walls.

The hotel was founded in 1887 by hotelier Antoine Sella. It was relatively normal until around 1920 when writers such as Ernest Hemingway and F. Scott Fitzgerald flocked there to get inspiration. In fact, Fitzgerald based Tender is the Night’s Gausse’s Hotel off of this one. At that point, it became an artist’s haven. 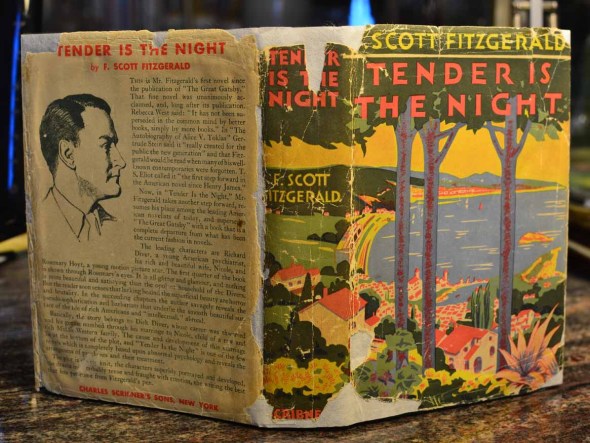 Collected in what the hotel calls its Golden Book are contributions from a list of straight As. Clint Eastwood rubs signatures with Sharon Stone; Jennifer Lopez with Colin Firth. Turn the page on Ralph Fiennes and there is Mick Jagger. The “book” is a collection of sheets of fine vellum that will eventually be preserved between covers. So Dustin Hoffman and Jim Belushi will one day be bound with Russell Crowe, Cate Blanchett and Geoffrey Rush; Mel Gibson will share a stiff jacket with Celine Dion, Bruce Willis with Audrey Tautou, Andy Garcia with Grace Jones. Gordon Gekko, James Bond and Sherlock Holmes have signed as their alter egos of Michael Douglas, Pierce Brosnan and Robert Downey Junior.

In the hotel’s first Golden Book, now locked away in Paris, there are doodles by Chagall and Picasso. Here we must content ourselves with a deft caricature by Johnny Depp – and quick-fire sketches by the likes of Tom Hanks. 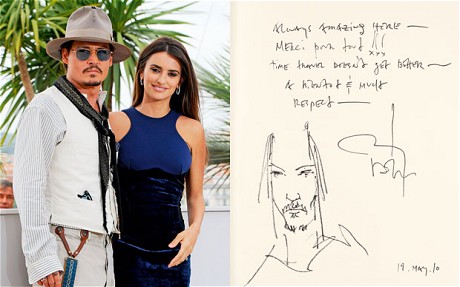 Johnny Depp Left a Self Portrait

In 1946, when the Cannes Film Festival originated, it was the place to stay. Stars such as Charlie Chaplin and Marlene Dietrich stayed at the hotel due to its lavish amenities and its proximity to the festival and soon followed countless other celebrities going to the festival. Elizabeth Taylor‘s luggage arrived there by truck; Mel Gibson showed up with 300 friends; Sharon Stone ordered a Nebuchadnezzar of champagne – and a harpist.

This year the best parties at Cannes at the Hotel du Cap were the Harvey Weinstein/AMFAR Annual party, which was huge success this year, raising an estimated $33 million. 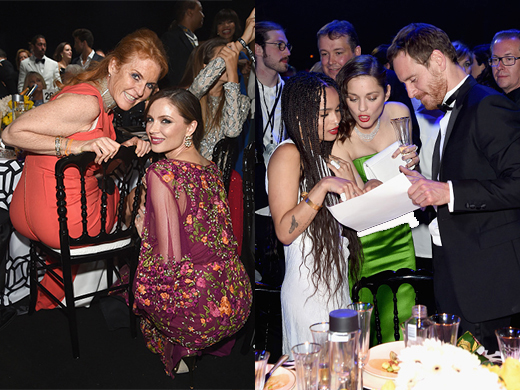 Celebrities were dousing in diamonds Tuesday at the De Grisogono soiree — one of the social event highlights of the Cannes Film Festival. 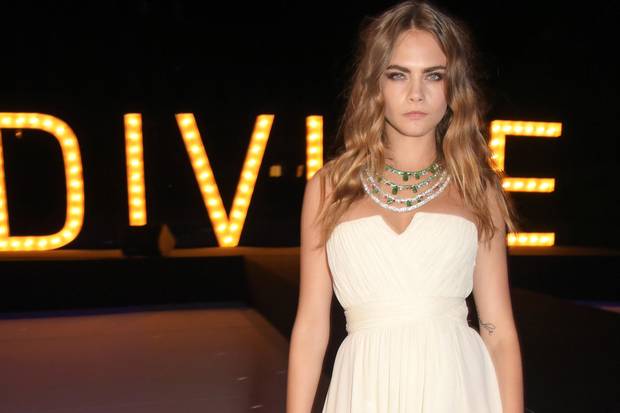 However, it hasn’t all been without a small amount of controversy, but most secrets that have not been revealed, as those who frequent the Du Cap have taken an unspoken oath to realize what happens in Cap du Antibes stays in Cap du Antibes.

The exclusivity of the Hôtel du Cap assured visitors that they were all members of rarefied society, and so the Kennedys quickly found themselves mingling with select other guests, including the ménage of Dietrich.

In August 1938, when Joe Kennedy met Marlene Dietrich, their liaison, conducted under the noses of spouses and other lovers, brought two families together.

Working out of the du Cap, Joe (Kennedy) kept in touch with London and Washington, assisted by a lovely young French girl who took his dictation, while Rose and the children had their own, separate routines. Their paths soon crossed with Maria’s, and as each day passed, Dietrich’s very isolated teenage daughter became more and more infatuated with all of the Kennedys, particularly Jack. 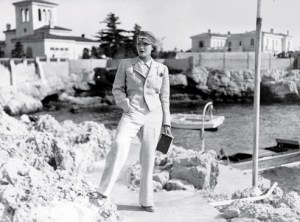 Strong, feisty, and self-absorbed, these two titans, Joe Kennedy and Dietrich, spent their time together at the du Cap trading Hollywood gossip as well as views on the international landscape. Marlene had worked actively on behalf of refugees fleeing her homeland, and in 1937 had applied for American citizenship, for which she was slurred in the German press as well as by Hearst newspapers, which condemned her with the headline, “Deserts Her Native Land.”

Long after Joe’s death, Dietrich had a brief encounter with Jack in the President’s office after which he asked if she had really had an ongoing affair with his father.  She denied it, which could only be believable due to the unspoken rules of secrecy about what goes on at the hotel.

Another well kept secret is that this oh-so French resort is actually owned by a German industrial family, the Oetker family, which has owned not only many French hotels, but industries all over the world since the late 1800s.

294 thoughts on “It All Happened At The Hotel du Cap”