All last week major news was considered Bruce Jenner’s transformation into Caitlyn. This very public debut began to open the door for discussions such as gender assignment vs. gender identity. But what else was happening? Akon is estimated to supply solar energy to 600 million African people. Big Deal? Not if you compare the media coverage of each.

The narrative surrounding Caitlyn was focused on the “importance” of learning how to accept transgender individuals by using the proper pronouns and respecting their “courage,” as many are referring to Jenner’s gender re-assignment.  While building tolerance and accepting others was the focus of last week the question lingers if this was all for publicity. Is Jenner tired of being outshined by the Kardashian brand? Financial gain is obvious considering the interview with ABC’s Barbara Walters, the nationwide Vanity Fair spread of Caitlyn Jenner, and the reality T.V. show following up the media frenzy.

We can all come to the conclusion that this is great for Caitlyn, monetarily, and emotionally however not everyone agreed with
this transition being major news for an entire week. It was on the majority of your timelines, feeds, and news circuits. The Caitlyn buzz even overshadowed the world’s second-largest and second-most-populous continent, Africa. 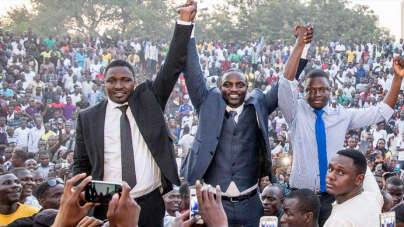 The R&B and Hip Hop artist, Akon, has teamed up with 2 co-founders in an effort to supply solar powered energy to 600 million Africans. They have called the effort “Akon lighting Africa.” This initiative harnesses the power of the sun by installing solar panels to street light post, schools, homes, and generates clean safe energy. “Akon lighting Africa” has established a solar academy where students will be taught “every aspect of installing and maintaining solar powered electric system and micro-grids.” According to the Huffington post.  Africa has 320 days of sunshine and the school will teach young entrepreneurs how to utilize that energy and their hopes are for those people to take this effort to a higher plateau. Since 70 percent of the African population is under 35 the growth potential is a real possibility.

However Akon did not get an in depth interview with a major journalist, or an anticipated reality T.V. show.  “Akon lighting
Africa” made the news of course, but it didn’t take over your media coverage the way “Call me Caitlyn” was continually posted, blogged, retweeted, shared etc. Helping approximately 600 million people who ordinarily would not have access to a sustainable lighting source; to harness clean energy, obtain technical education, find a career path, and secure work environments after dark just wasn’t as interesting.  How is it that one man taking steps to help himself is spotlighted above one man taking actions to help 600 million others? Celebrities such as Chris Brown took to Instagram with essentially the same question. He posted a pic that read “Shout out to Akon! He is about to supply 600 million Africans with solar power. I’m really upset that this isn’t major news but that science project Bruce Jenner is #society.” He later deleted the post.

Jenner’s story is impactful and it can be considered inspiring for those that struggle with self identity and perception. It does affect some directly, but it does not provide to people a basic necessity to live. Because media is key in forming public opinion the lack of circulation equates to a lack of awareness and therefore little concern.  With America facing foreign threats and taking tactical measures to secure the safety of this country from others in the Middle East and juggling a relief efforts in places like nepal; information about a country and its citizens banding together to help provide a basic essential to those that do not have it could peak an interest. Where can we donate? What is the website? How do we get involved?

Latest updated between of the two subjects: Caitlyn is being slammed with another lawsuit involving the car accident in Malibu.