With arguably the greatest drinking holiday being this past weekend, it was only right I picked up some Irish whiskey. This week A.D.M.G deviated from the normal purchasing process to spice up things a little. Instead of one spirit, the alchy in me decided to purchase two bottles in order to provide variation and added quantity. With help from few ads on my feeds and some research, I uncovered a couple quality brands that I wasn’t too familiar with.
Being St. Patty’s weekend, I grabbed something green to wear and went scavenging for Irish Whiskey. This mission was to search for a different Irish whiskey than my trusty go-to Jameson. As much as I love Jameson, my sole purpose here is to seek out those brands you may not know yet. With that said, with this piece there was no option of staying in my comfort zone. No matter how much I enjoy it.

It all started few days prior to the weekend. While scrolling through TL’s, I noticed advertisements of Irish Whiskeys pop up. Honestly with this being something I spoke on with some our team at SOCIAL, I was kind of freaked out. I mean I kid you not it went from a conversation to ending up on my phone, that’s definitely a bit strange. I know our phones find ways to advertise to what they notice us using throughout the device, but what you’re thinking? Especially since I hadn’t begun my research, I’m really feeling like Shia LaBeouf in Eagle Eye. I know I can’t be the only one to notice ads remarkably appear after discussing something. I’m not much of a conspiracy theorist but I felt it only right to queue “Somebody’s Watching Me” while typing this. 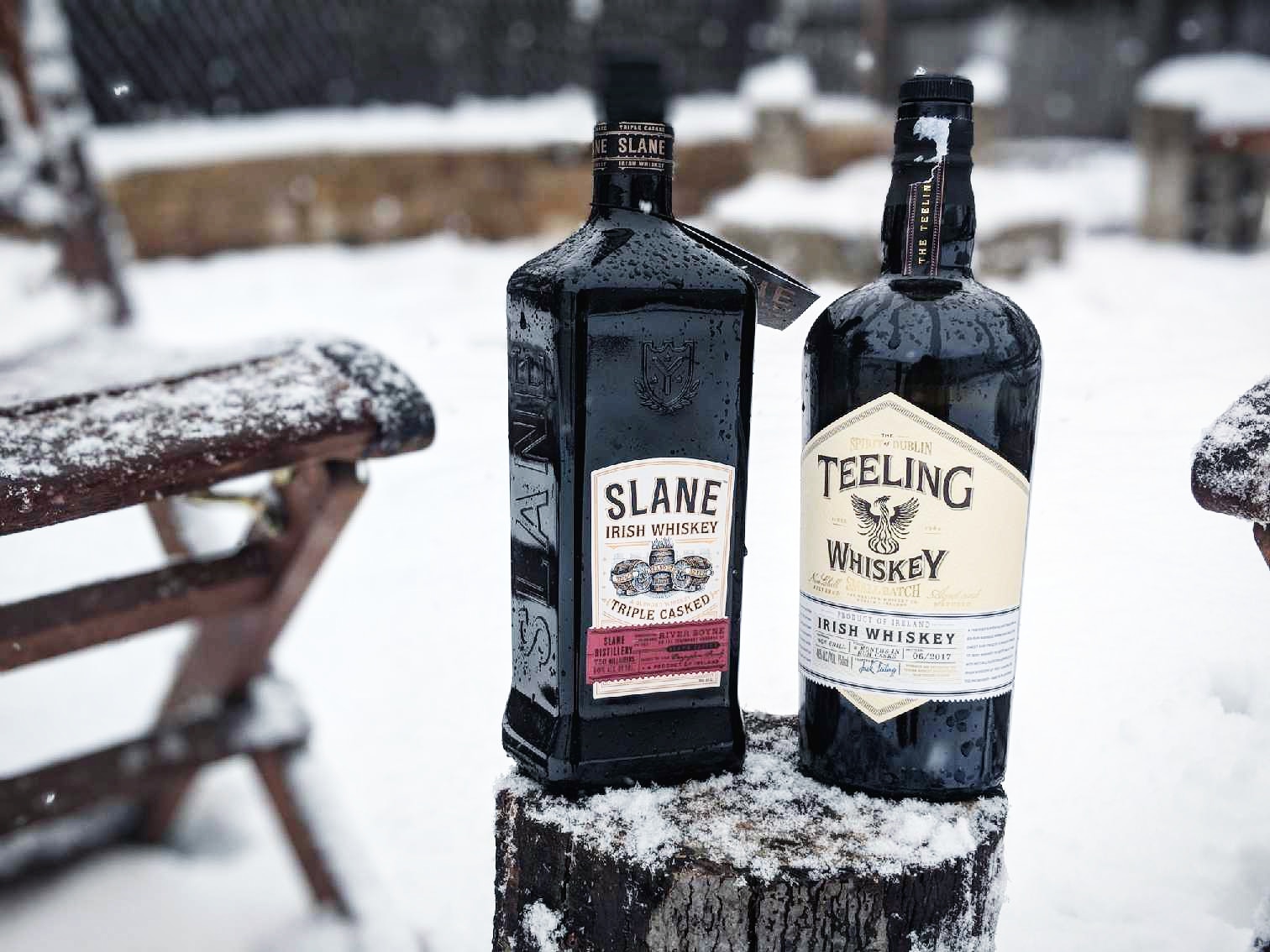 Simplicity was the approach for preparing the first cocktail, starting with Teeling Irish Whiskey. Of course there’s always plans for multiple drinks, but I wanted to uncover the flavors of this small batch whiskey. So what better way than going neat to kick things off? The trick to neat with many liquors is allowing it to breath a bit. From the first sip, spice showed its presence. That spice was followed with hints of vanilla and caramel. That’s not really what I normally relate to Irish whiskeys. Like I actually had to search the internet for some recipes for this. This was actually a little underwhelming, those flavors should be mixed like pretty much anything else. Since my corner of the world can’t shake this northeast winter, I started with an Irish Coffee. This is really easy to prepare. Coffee, whipped cream and brown sugar and you are pretty much set. The next recipe that I had plenty of times without knowing it’s actual title was a Horse’s Neck. Peculiar name but it’s a straight forward recipe of a Whiskey and Ginger Ale.

The second of the two purchases was Slane Irish Whiskey. The Slane turned out to be my favorite out of the two. For this one I enlisted my liquor store buddy Assad. Assad takes care of me with any of my super challenging spirit selections. Without hesitation Assad pointed me in the direction of Slane, he said it was one of his favorites at the time. Assad isn’t the type to over hype something either, if he said it’s good I don’t even second guess him, it’s a go. What I like most about Slane is that it’s remarkably smooth. It doesn’t have that overly bitter taste that I’ve come to expect with Irish Whiskey. Immediately cracking the bottle, there is a lot of vanilla and oak coming to the nose. Letting it breath for awhile, I went in for a tasting. I tend to shoot Irish whiskey from time to time. Let’s be clear, this isn’t for shots. It’s to be in a rocks glass or as a cocktail. With it’s smoothness I felt guided towards the first actual drink being a Classic Manhattan. This stuff is so good I nearly depleted my all of my vermouth and bitters. I prepared about 6-7 drinks, and enjoy each one of them.

I had the luck of the Irish and stumbled upon some spirits of gold, this past weekend. Ranging from $35 – $40, both the Slane Irish Whiskey and Teeling Irish Whiskey are great buys. It’s definitely an alternative to whatever you are accustomed to that will immediately be added to your rotation. 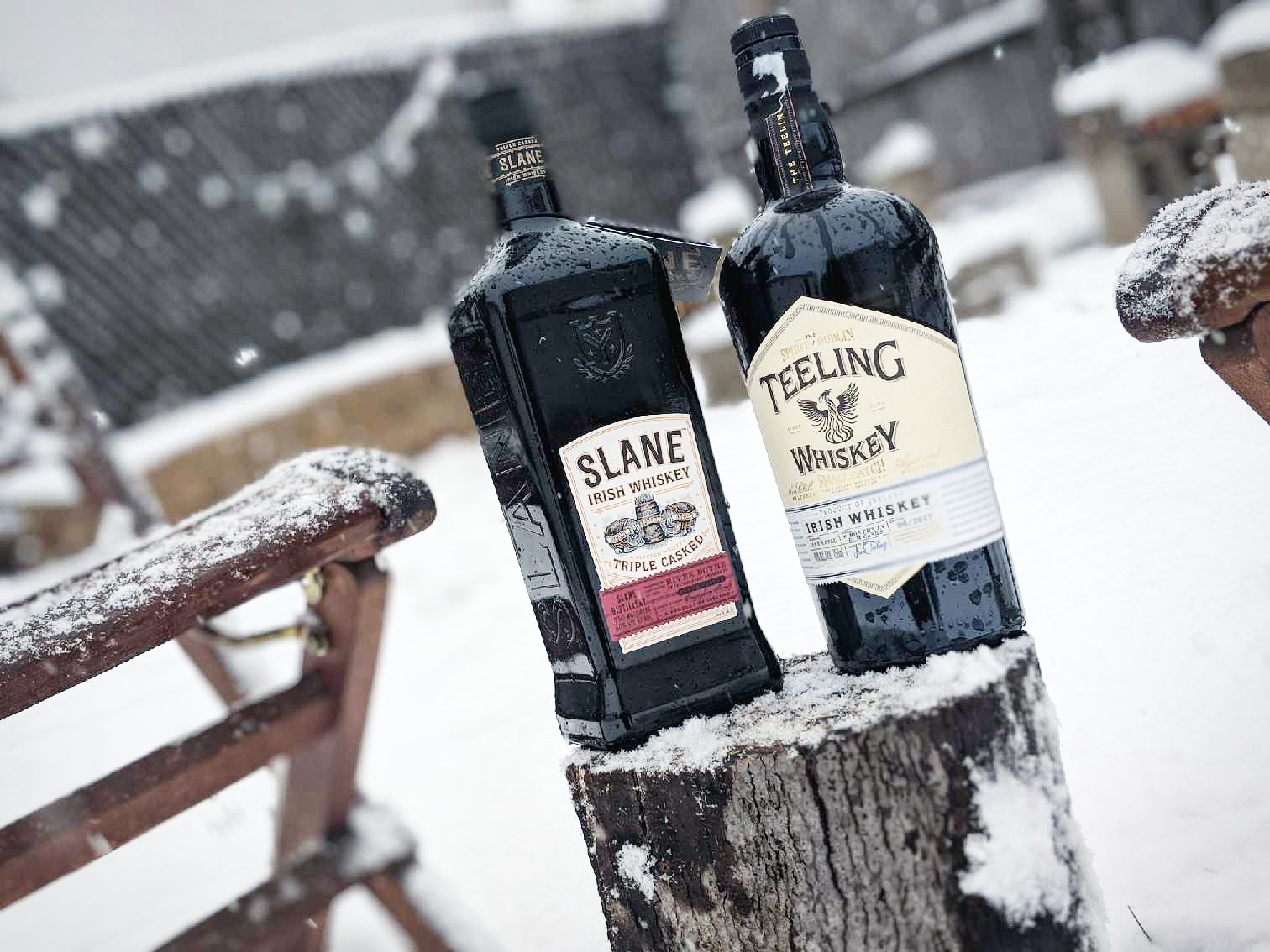 Written By
Jay Larkin
More from Jay Larkin
Have you ever been stranded in a liquor store with no clue...
Read More