Tracy Morgan returns back to Brooklyn in his new show “The Last OG” which costars the rising superstar Tiffany Haddish. The TBD comedy is sure to be hilarious as the two have an estranged relationship in the series, and seem to trade wits on screen as often as possible . It’s truly a pleasure to have Tracy Morgan back after his hiatus following that near fatal accident some years back. The pacing is completely understandable after losing close friend James “Jimmy Mack” McNair in the accident. That and the physical impact on Morgan are the two biggest factors. It took some time for Morgan to rehabilitate and get to this point again and it is really a joy to see.

Morgan belongs in the spotlight, always having had a dominant and commanding presence on screen, things just feel better when he is around. In The Last O.G. Tracy’s character returns to his Brooklyn neighborhood after serving fifteen years in prison to find I just isn’t the same Brooklyn. The show details that adjustment to this new Brooklyn, and him navigating a world that has seemed to move on without him. The now gentrified Brooklyn is totally different than things prior to him leaving. Interestingly enough that drastic change is a reality many Brooklyn natives are facing now, so the show has potential to be extremely relatable.

Tracy stars as Tray now dealing with his Ex being married and his children being raised by her husband who just happens to be white. Tray is attempting to find a way to be better man, constantly considering his past mistakes and obstacles which are rooted in poor decisions. We also have Cedric “The Entertainer” helping out the pairing of Morgan and Haddish to make for must see television. Ced last starring in his series Soul Man which had its finale in 2016, seems to be the perfect complement to the show. Having such an extensive resume, he is really one of the characters I look forward to throughout the season. 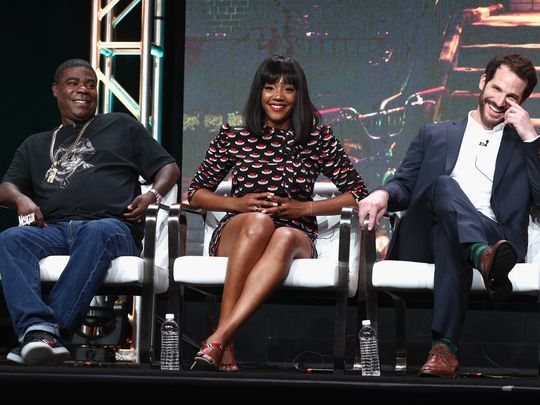 This is actually a huge moment for Tiffany Haddish and I couldn’t be happier for her. With the Carmichael Show ending so abruptly it’s good to see people recognize her star and her having an important role in a new series. Haddish hasn’t been able to stay out of the spotlight after co-starring along Jada Pinkett – Smith, Queen Latifah, and Regina Hall in “Girls Trip”. Between the breakout role, hosting SNL, and immediate classic meeting of Oprah, and partying with Beyonce, she is having a great run. The latter even resulting in her being mentioned in Beyoncé’s most recent feature, which Haddish has even managed to make light of. That mention couldn’t even faze the ever talented Ms. Haddish who plays the role of Shay. 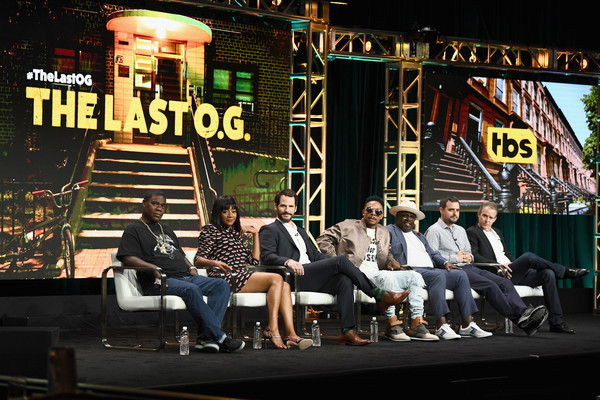 The Last O.G. is directed by Oscar winner Jordan Peele. Peele being the first ever-African American to win the prestigious award for Best Screenplay, and it just seems the stars couldn’t have aligned any better. Between his visionary and comedic skills, Tracy’s comedic genius, Ced’s versatility and polish, and Tiffany being at the top of her game; we are in for something special. Only a few weeks away from the April 3rd premiere, you need to make sure to tune in. I myself, cannot wait to see what this illustrious pairing gives us.