It’s hard to quantify what is good television anymore. There is just TOO much out there. Think of a network. I can most likely make a case for at least 2 shows being the best thing out. Netflix has been throwing things against a wall for at least the last 5 years and hoping something sticks. More often than not, it does. The Netflix Marvel Universe has been a substantial success, giving us 2 seasons of Jessica Jones, Iron Fist, and Luke Cage. As we find ourselves in the 3rd season of Daredevil, it picks up from a lukewarm Defenders one off. You have to give it to Netflix, they are not afraid of putting out content. In the climate we are in now of saturation, that is the exact attitude we need. Back to Daredevil. How good was Season 3? Damn good. So good it might have made it to the top of my list of the year. Maybe even all time. 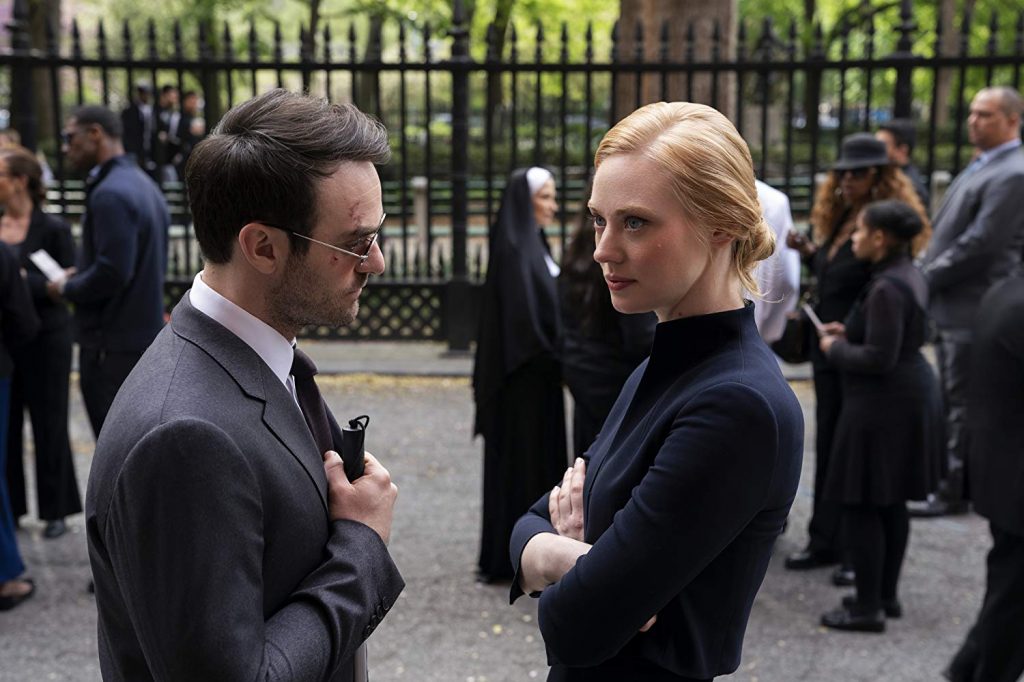 The season picks up with an almost comatose Matt Murdock (Charlie Cox), who is being nursed to health by the rigid Sister Maggie (Joanne Whalley) at his old haunts, Saint Patrick’s Cathedral. After coming to, he realizes he is not only missing his hearing, but also a step slow. This is where Matt realizes it is time to get back to training. Oh by the way, his friends Karen (Deborah Ann Woll) and Foggy (Elden Henson) have no idea he is alive, but have their hands filled as is. Wilson Fisk (Vincent D’Onfrio), now hailed as the Kingpin, is making his way to house arrest after making a deal with the FBI. It seems that Fisk’s idea is to rat on everyone who is running illegal operations in the city, leaving the mantle of King of New York wide open for him. I have read that some folk felt even with all this going on that the first few episodes felt “slow”, but that is not something that I felt in any way shape or form. 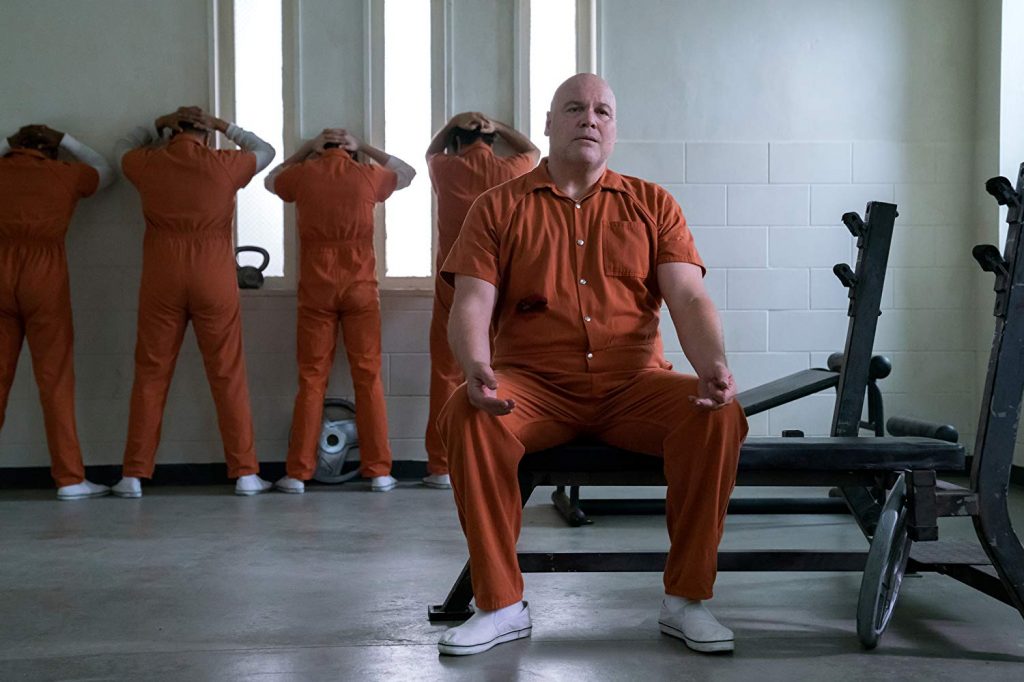 This brings us to the two standout performances of the season, Ray Nadeem (Jay Ali) and Dex Poindexter (Wilson Bethel), who both portrayed FBI agents. Usually, I am in the camp that finds law enforcement in most shows and movies annoying or underdeveloped. Yet, man oh man, has my terrible opinion on this matter changed after watched season 3. Ray is the Special Agent in charge of Fisk, leading a team that includes Dex. After an attempted breakout of Fisk goes awry, Dex single handedly takes down Fisk’s man, catching the eye of Fisk himself. Dex is a complex character that needs order and a set regiment to live his life (he had a pretty traumatic childhood). Ray is torn between his long hours on the job and his family, with taking down the Kingpin as his only real career goal. The two of them form a tight bond, until Dex is manipulated and essentially brainwashed by Fisk. Dex becomes as we know it, the villain Bullseye. 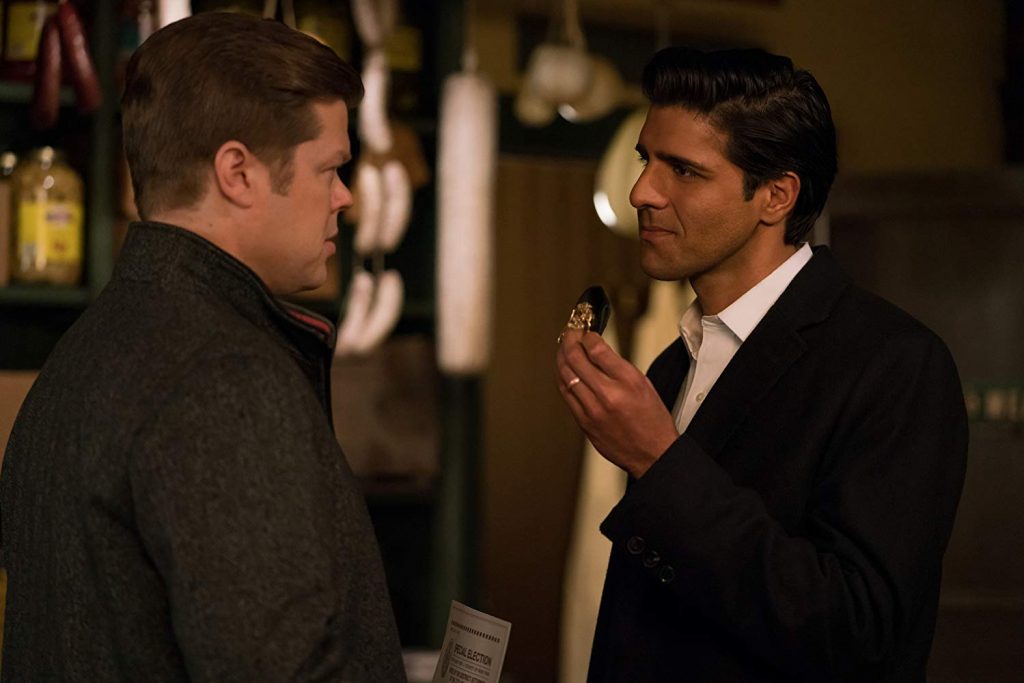 On the hero side, Matt comes back into the picture and slowly integrating his old team, although they aren’t so sure about his methods or ideology anymore. Of course we get one of the greatest hallway scenes of all time (which really was a single take that encompassed a whole prison), and it gets us to one of the most brutal confrontations between Dex and Matt. The one thing that is done well in this series is the choreography and imagination that is bestowed on these scenes. I can’t honestly say i’ve ever felt bogged down or bored by the way any of the action is handled.

We do see all the worlds collide, pitting Matt against the FBI against Fisk. We do see a more rounded Foggy, who is still focused on doing things the right way. We get some amazing Karen backstory that is sad and haunting, but needed. There is a ton of good Fisk banter, and ultimately some of D’onfrio’s best work (which seems to always be ahead of him rather than behind him). The interactions between Ray and his wife Seema (the awesome Sunita Deshpande) are saddening because you know that Ray will always pick work over his family, even though it is for the greater good. Seema has an amazing scene in the third act that really showcases Sunita’s acting chops and further stresses what a good character Ray is. The television side of Marvel has done a stellar job of really developing these side characters that bolster all of their shows. This season was no exception.

It’s hard to call something the “best” but man is Daredevil Season 3 close. As Luke Cage and Iron Fist were cancelled, we are really hoping for a Season 4. We NEED a Season 4, if only to see the continuation of Dex’s story and Matt’s repercussions. Please Netflix?