This past Monday, the annual Council of Fashion Designers of America (CFDA) awards were held at Lincoln Center in NYC. The CFDA’s are one of the biggest nights in the fashion industry where designers, editors, models and celebrities gather to honor their colleagues and celebrate their work. Some of the award categories include Womenswear and Menswear Designer of the Year, Accessory Designer of the Year and the Fashion Icon Award. 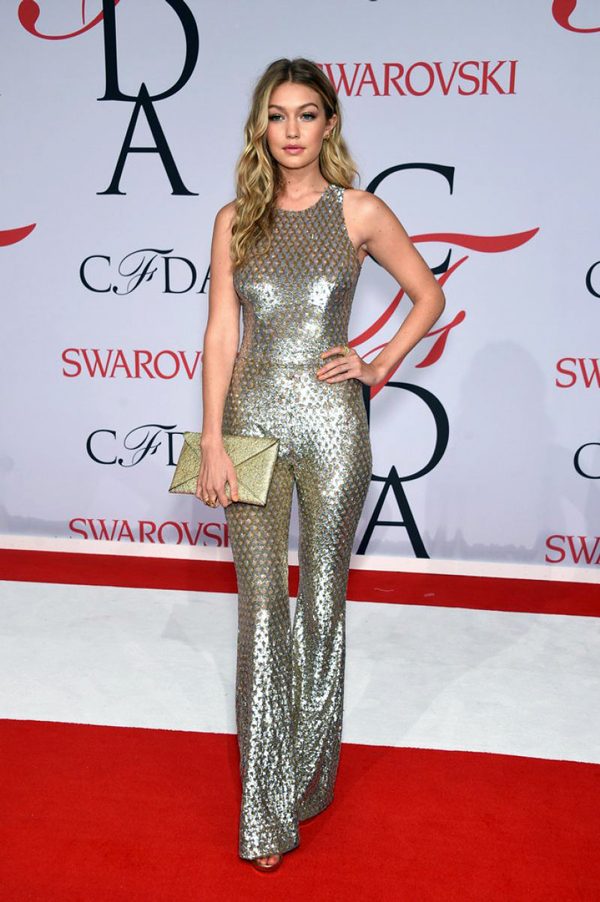 This year, winners included fresh faces like Pharrell Williams for the Fashion Icon award as well as established designers like Tom Ford for Menswear Designer of the Year. Other standout winners included Mary-Kate and Ashley Olson whose ready-to-wear line The Row won for Womenswear Designer of the Year. In the accessories category, the winner of the Swarovski Award for Accessory design was given to Mansur Gavriel for their now famous bucket bag. This design is considered to be the “it-bag” of the year, worn by fashionistas like Miranda Kerr and Sienna Miller. Finally, longtime fashion designer Betsy Johnson was given the Geoffrey Beene Lifetime Achievement Award for her more than 50 years in the industry. Johnson is best known for her raucous personality complete with her signature cartwheels and splits down the runway. Oftentimes considered a fashion outsider, Johnson has proven that being yourself in this business can take you a long way. 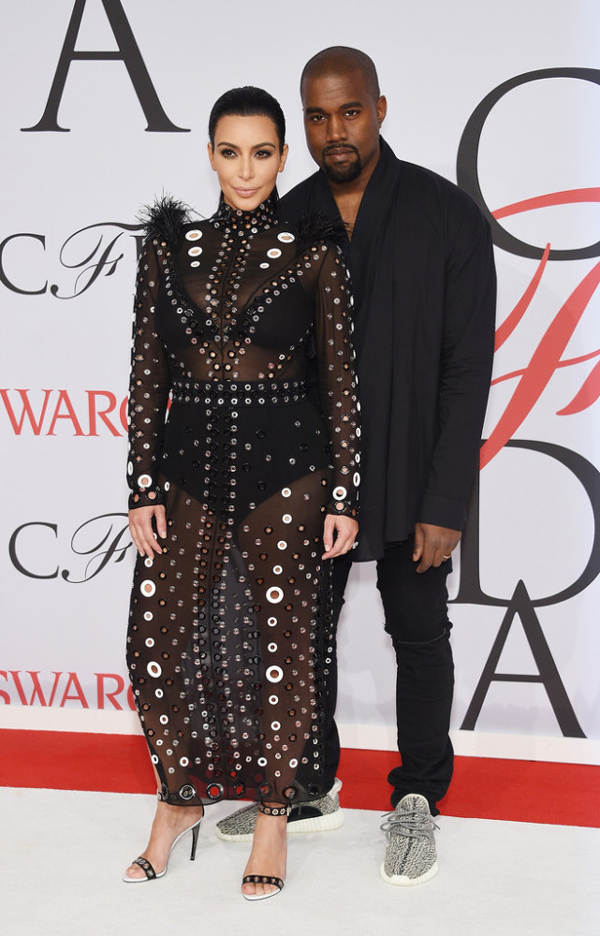 Aside from the awards, the real show happened on the red carpet with most designers bringing the hottest models and celebrities as their dates to showcase their latest creations. Some of the best looks of the night included model Gigi Hadid in what can only be described as the outfit that dreams are made of. This head-to-toe gold sequined Michael Kors jumpsuit is a modern day throwback to 70’s glamour. It fit her like a glove and was styled to perfection with minimal accessories. Another look that was well awaited was Kim Kardashian West who made her first red carpet appearance since her pregnancy announcement. Kim proved that she is not going to let a little baby bump hold her back, rocking a one of a kind sheer Proenza Schouler dress adorned with feathers and grommets. I believe this is what we call taking maternity style to the next level! If this is any indication of what’s to come from Mrs. West during her pregnancy, I think we will all be watching. 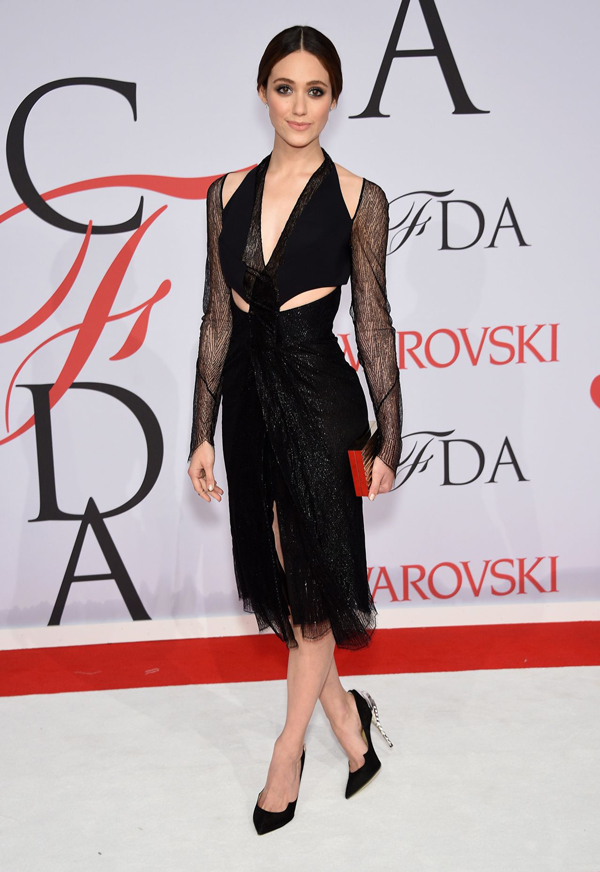 Taking a cue from Kim, actress Emmy Rossum also debuted a sexy look wearing a LBD by Dion Lee with strategically placed cut outs and a deep v-neck plunge. Every girl needs a classic LBD in her closet and this is one that I would not mind getting my hands on. 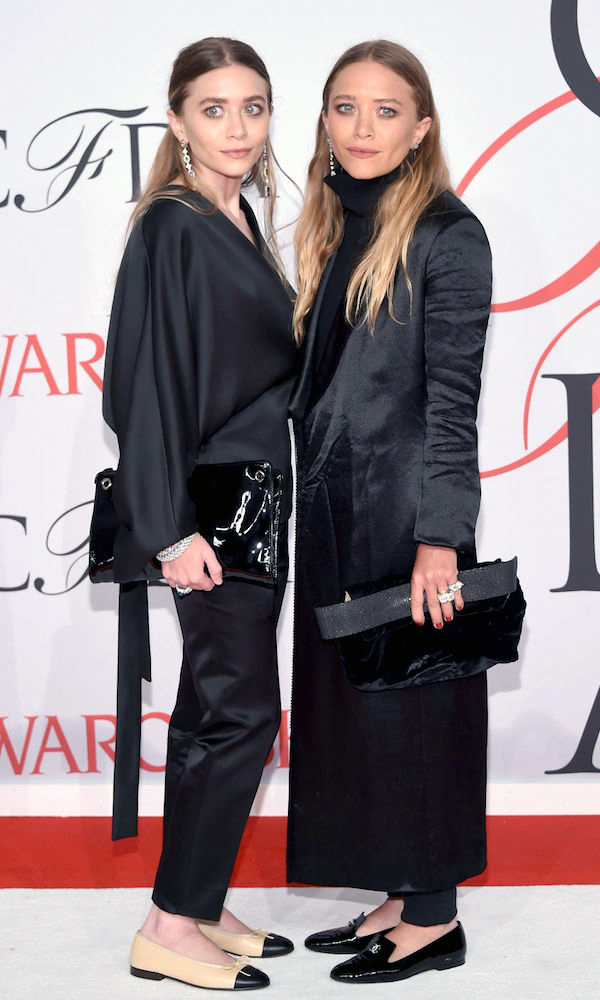 Always ones to beat to their own drums, CFDA winners Mary-Kate and Ashley Olsen stood out on the red carpet amongst a sea of gowns by wearing pants. Their all black ensembles paired with flats were not my favorite looks of the night, but stayed true to the streamlined look of their brand. Other style standouts included Diane Kruger in a sequined black and red Prabal Gurung creation and model Karlie Kloss in a polka dotted DVF gown. 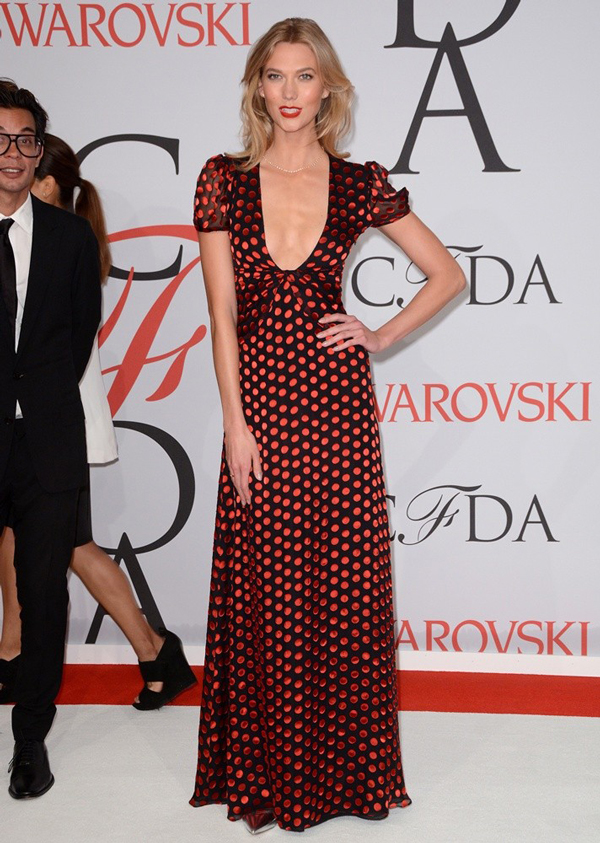 Overall, it was a great night for fashion and an exciting red carpet to watch, with barely any fashion misses. Congratulations to all of the winners! I look forward to seeing what next year will bring. 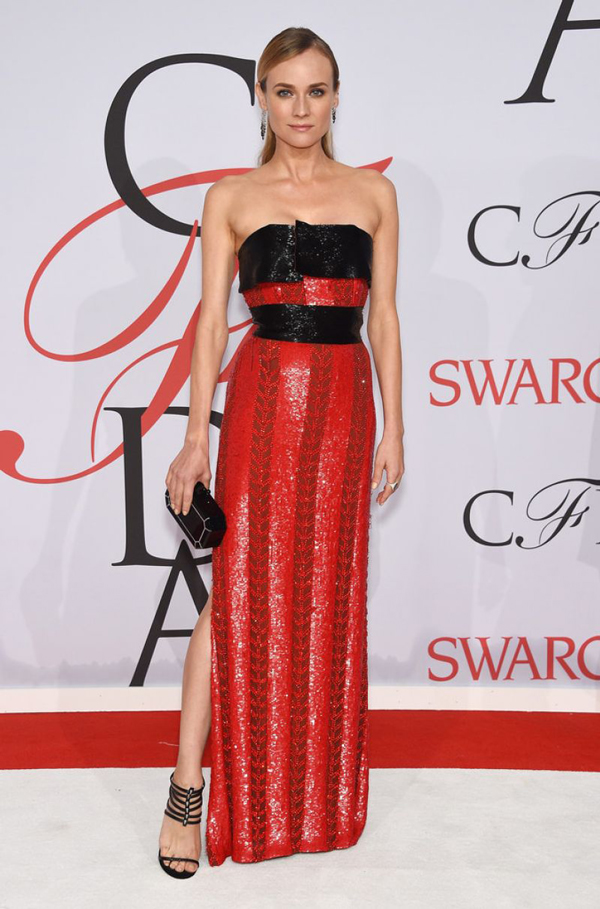