Cape Town, with magnificent Table Mountain as its backdrop, has forged an enviable reputation as one of the world’s premier tourism destinations.  Not only has the Mother City breathtaking scenery, exquisite beaches, Robben Island, world-class golf courses, superb restaurants and a rich history, making it a sophisticated and cosmopolitan destination, but the province also has other treasures to explore. The historic wine lands can be enjoyed on the Wine Route, the coastal and mountainous beauty on the Garden Route, Cape Point is where the Atlantic and Indian oceans meet, quaint fishing villages are worth a visit, the colorful Coon Carnival is a spectacle to behold and whale-watching can be enjoyed May to November and at some places throughout the year, just to name a few exciting activities in this, the “fairest” province of them all. The climate in the province is typically Mediterranean, with warm, dry summers and mild, moist winters. The exception to the rule is the arid semi-desert of the Karoo, where dry winters and low summer rainfall prevail. Near the coast, summer temperature rises from 15 to 27 degrees Celsius. Inland temperatures are some 3-5 degrees higher. Coastal winters see the mercury dropping to a mild 7 at night and rising to 18 by day. Away from the beach, temperatures are 5-22 degrees Celsius.

Table Mountain
The summit of Cape Town’s world-famous landmark is 1,086m above sea level and was proclaimed a national monument in 1957. Weather permitting; visitors can reach the summit by revolving cableway, which allows a 380 degree panoramic view of this beautiful part of the world. Hiking trails of different degrees can be taken, but experienced guides are strongly advised. Don’t miss Lion’s Head and Signal Hill.

Robben Island
One of the most significant historical sites in South Africa, Robben Island gained notoriety as a jail for those considered dangerous to the apartheid authorities including, for more than two decades, the former president of South Africa, Nelson Mandela, the island’s most famous former prisoner. Tours to the island and visits to the Island Museum can be arranged depending on the weather. 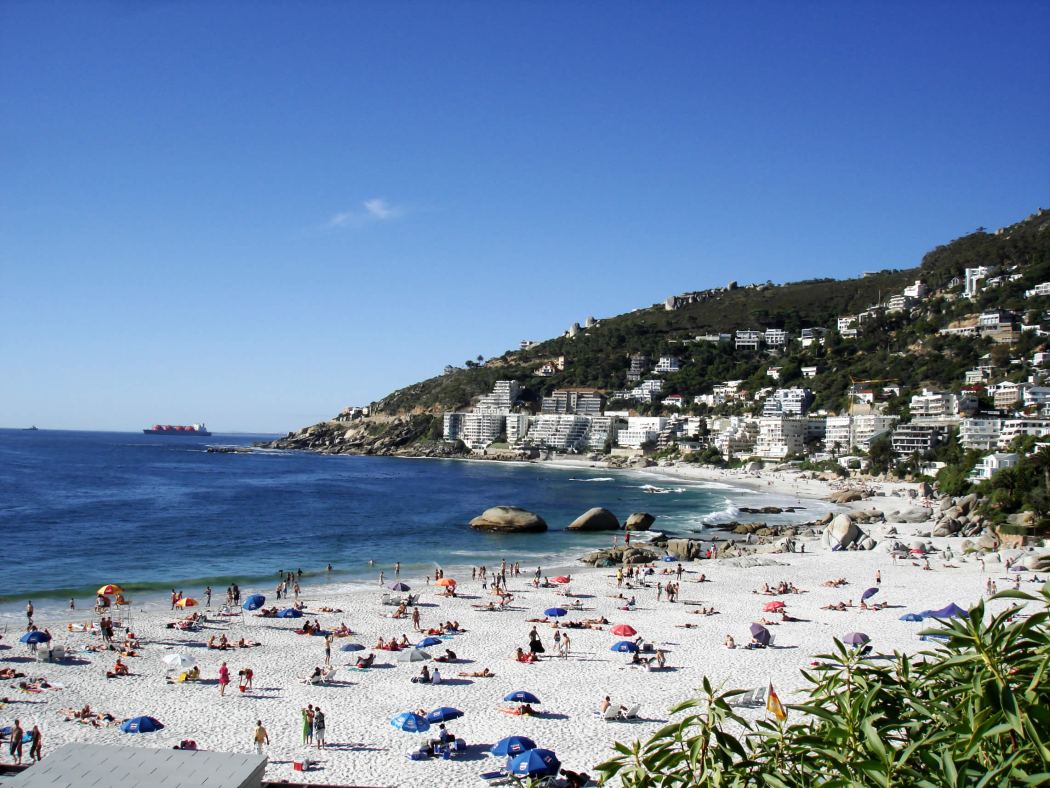 Cape Town
One of the top city destinations in the world, Cape Town has the history, atmosphere, natural beauty, modern amenities and attractions to keep visitors enthralled. Its top tourist draw is undoubtedly the Victoria and Alfred Waterfront with its world-class Two Oceans Aquarium, museums, restaurants, boat trips, shopping centers, hotels and entertainment offering a wide variety of activities. Don’t miss the beaches e.g. Clifton and Camps Bay, Castle of Good Hope, Ratanga Junction, walking the city’s streets where you will discover many historical buildings, museums and art collections, as well as Kirstenbosch National Botanical Garden on the outskirts.

Central & Klein Karoo
The Klein Karoo lies between the Outeniqua, Langeberg and Swartberg mountain ranges, it is an area of contrasting landscapes, magnificent sunsets and ostrich-producing Oudtshoorn. The Central Karoo is dryer and vaster, is the main sheep farming region in the country, is world-renowned for its fossils and its capital Beaufort-West was the birthplace of heart-surgeon Dr. Christian Barnard. Don’t miss eating Karoo Lamb at one of the fine restaurants.

Cape Peninsula
The Cape Peninsula stretches from Cape Town’s city centre to Cape Point, where the Atlantic and the Indian oceans meet. Along this coast you will find the Western Cape’s famous beaches e.g. Camps Bay and Clifton and the nudist beach of Sandy Bay. Visit the enchanting fishing villages of Hout Bay with its famous Mariner’s Wharf and Simon’s Town with its Boulders beach and seal colony. Activities include bathing, diving, fishing, and hiking, visiting museums, forts, art routes, shopping and enjoying the excellent seafood on offer. Carved into solid rock, Chapman’s Peak Drive is one of the most spectacular mountain drives in the world, starting in Hout Bay and ending at Noordhoek allowing you to enjoy the panoramic scenery at several look-out points.

The Wine lands
Home too many of the country’s best, award-winning wines, the region features vineyards and fruit orchards in beautiful green valley’s surrounded by mountain ranges and dotted with historic towns and villages. Towns that are a must-see include Somerset West, Stellenbosch, Franschhoek and Paarl, world-famous for their whites, reds, sherries, ports and brandies. Wine routes and brandy routes can be explored including tastings along the way.

Breede River Valley
This is the largest fruit and wine producing valley of the Western Cape and is the country’s leading racehorse breeding area. The area stretches from Gouda in the west, McGregor in the south, Montagu in the east to Tankwa-Karoo National Park in the north.  This is an area of magnificent views, panoramic landscapes and towering cliffs, crystal-clear streams, an abundance of trees and indigenous flora such as fynbos and protease.

The Garden Route
The Garden Route, with its spectacular scenic beauty, runs parallel to the Cape coastline featuring lakes, mountains, tall indigenous forests, amber-colored rivers, golden beaches and towns along the way. Meandering trails are followed by hikers, the forest invites long, leisurely drives, and the lakes and rivers lend themselves to swimming, boating and fishing. Must-see towns along the way include the Garden Route’s gateway, George, Wilderness, Sedge field, Knysna with its famous Heads and oysters and Plettenberg Bay. The area is phenomenal for adventure seekers and nature lovers.

The Overberg
Hermanus offers the best whale viewing from land in the world with a cliff path stretching from one side of the town to the other and a whale watching hotline. Walker Bay is a nursery for the great Southern Right Whale and doesn’t miss Bientang’s Cave where you can taste excellent seafood inside a cave and view the whales. Don’t miss the Harold Porter National Botanical Garden with over 5 hectares of cultivated fynbos garden and 195 hectares of natural fynbos; the delightful fishing village Arniston, the southernmost tip of Africa – the Cape Agulhas Lighthouse Museum, Caledon for its Wild Flower Show in September and hot mineral springs and the charming colonial town of Swellendam.

56 thoughts on “Spending Some Time in South Africa”