Ask any local about Downtown Las Vegas and you’ll hear dismay in their voices as they describe a place once sprawling with life and vibrancy. Yet, no one would have expected for it to house the event of the summer that brought tens of thousands flocking to the grounds where old casinos and hotels previously boomed. And what was it that attracted music fans, art junkies, and food lovers to congregate in a part of town seemingly forgotten all while in 100 degree weather? It was none other than the Life is Beautiful festival, held on September 25-27th. 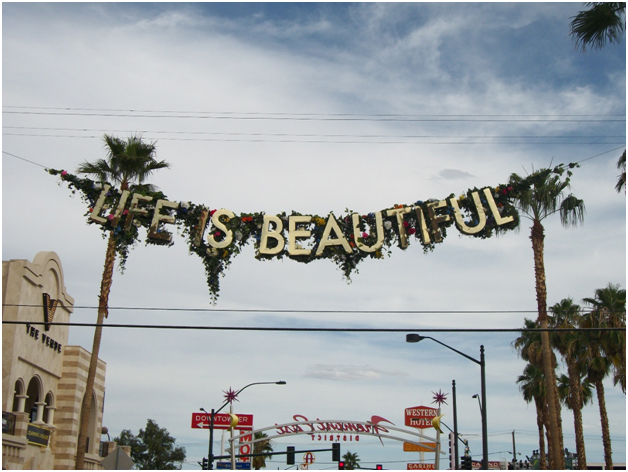 For those who haven’t heard, Life is Beautiful is a one-of-a-kind festival that uses music, art, and food to create an unforgettable and unique experience. Founded in 2012 by Rehan Choudhry, the event spreads over 15 city blocks with 4 stages, various attractions, food venues, and art installations. With so much to do for three consecutive days, the weekend was nothing short of exciting for festival-goers of all ages.

Music performances included headliners Stevie Wonder, Imagine Dragons, and Kendrick Lamar. A mix of well-known and as upcoming artists added to the musical variety of the weekend: Hozier, SZA, Awolnation, Duran Duran, Griz, Chance the Rapper, New Politics, Weezer, Walk the Moon, Halsey, and many others.

Artists from around the globe joined in on the fun as they showcased their skills with murals on the walls of buildings and unique sculptures. Some even collaborated in creating an Art Motel which transformed each of the 15 rooms into interactive works of art. 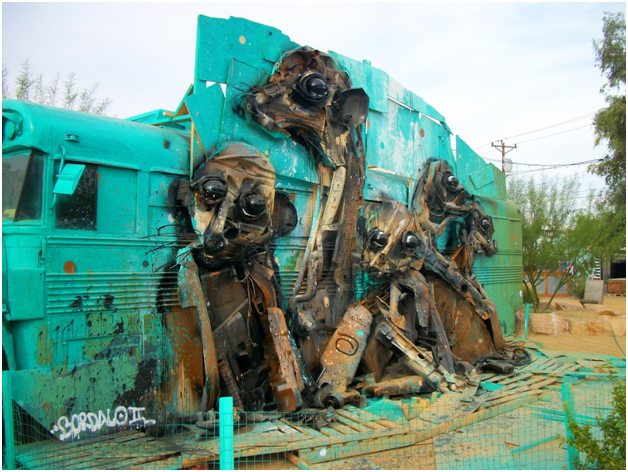 Celebrity chefs like Duff Goldman, Kim Canteenwalla and Elizabeth Blau were present and at the top of their game, serving up dishes to hungry attendees. There was also a variety of food trucks and vendors on every corner, giving samples and drawing crowds. Blue Ribbon Chicken, Funnel Cake Café, and Cousin’s Maine Lobster proved to be some of the most popular spots for a bite to eat.

The Learning Series offered a most diverse group of inspirational speakers this year. Among them were Bill Nye, Caitlin Crosby, Geena Rocera, and Rosario Dawson. Speakers had the chance to share their experiences in their profession while also sharing what they think makes “life so beautiful.” After all, that is what it’s all about.

And so ends the summer of 2015. Farewell to the hot weather and hello to the crisp autumn. Despite the seasons changing, the murals that adorn the walls of casinos and empty buildings, parallel the memories created at Life is Beautiful 2015: They both will remain vivid in our minds and stay long after the music stops.