Hijab, the Muslim head-covering, has come under a lot of scrutiny this past decade due to political tensions and media stereotypes. ‘Burqa’ has been the umbrella term given to sweep all forms of religious garb into one category: oppressive.
However, what many have failed to see is that there is a thriving, booming, $96bn dollar Islamic-fashion industry. Burqa is the cultural dress specific only to Afghanistan made mandatory by extremist ruling groups within the country.

Abayas, on the other hand, are what is appealing to fashionistas all over the world. They are a traditional cape-like garment worn over regular clothes by women outside the house for the purpose of modesty. Although abayas are worn by most women of Gulf countries like Bahrain, Qatar and Saudi Arabia, it is the Emirati trends from United Arab Emirates (UAE) that have really captured a global audience.

In the last five years, the coveted “Arabian” smokey eyes and the ever-popular “flower clips” to achieve that high-volume hijab look are all trends that have been associated with Emirati women. The abaya is now not just a standard among hijab-wearers in the West, but also becoming increasingly popular with non-Muslim fashionistas. 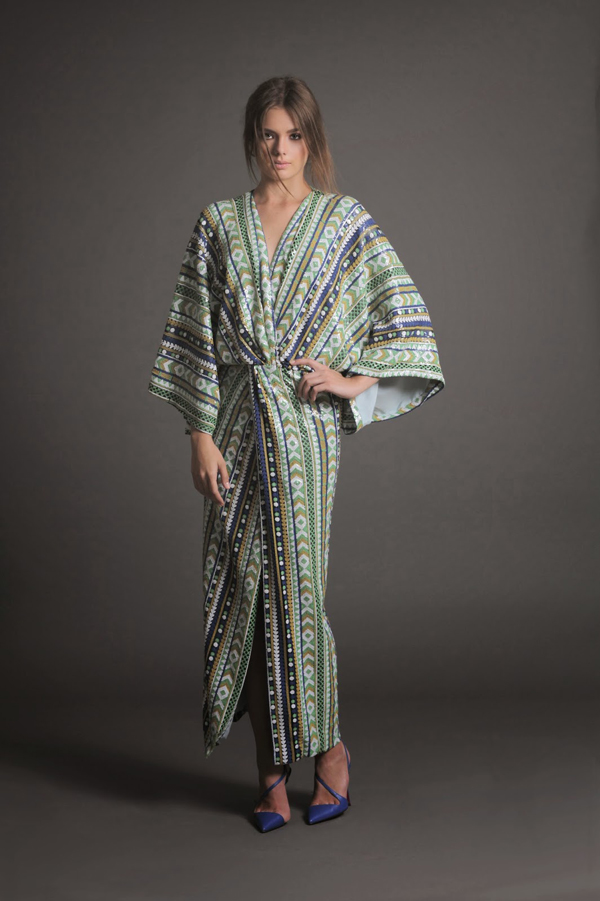 We spoke to Nafs Designs, an abaya boutique that recently showcased their collection in London. Noora Abdulla, owner and designer, says that the abaya industry has now become like any other fashion industry. “London is our first abroad try, but we got a lot of invitations to participate in exhibitions worldwide, example: US, France, and even Indonesia,” says Abdulla.

According to Abdulla, the exchange of culture between UAE and the West is a result of UAE being the most globalized Gulf state.

“UAE is made up of many different nationalities. Major fashion labels first open here in the UAE, hence we are more open and accepting of the fashion industry than the rest of our neighboring countries,” says Abdulla.

While traditionally black in color with simple styles, abayas now range from creams and navys, to mauves and maroons, depending on the season. They are fashionable, versatile and trendy with cuts and styles inspired by the runway.
With endless possibilities of creatively designing a traditional outfit, abayas for the millennial is a form of creative self expression while still maintaining traditional values. Abdulla says that two years ago, only older women would wear abayas when vacationing abroad.

“But now that abayas targeting young women are available, they choose to wear it too. Looking at them walking around London streets with those trendy abayas, they do not look out of place. Instead, they actually fit in.”

Moreover, the abaya is extremely versatile and its design is inspired by the individual who wears it. Hundreds of tailoring shops and markets dedicated to customizing these garments based on your budget are available around the country. 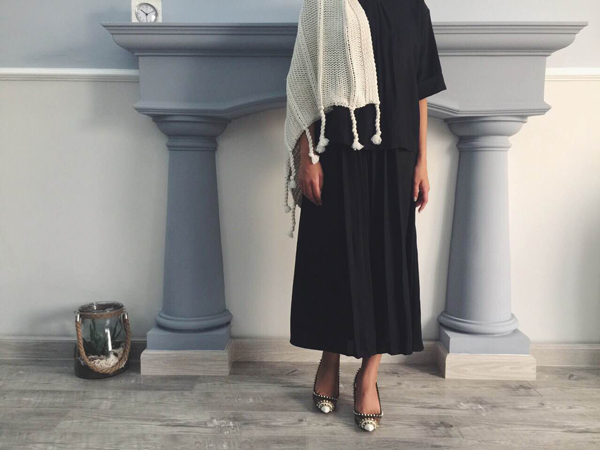 With that in mind, and given a multicultural society, the cultural exchange between UAE and other countries is almost organic. Perhaps that is one of the reasons why Emirati fashion is rapidly reaching different parts of the world. Thus, while becoming influenced by globalization trends, the UAE itself has had a significant influence in the world of fashion.
When asked whether globalization will make abayas redundant, Abdulla says she doesn’t see that ever happening. “It will evolve, change, and be influenced by globalization but it’ll never disappear. After all, its main purpose is to cover up. During my recent visit to Europe, I have noticed more women are wearing abayas, mainly colored ones. They feel comfortable in them.”
But why exactly are Emirati abayas popular? After all, abayas in many different styles are worn by Muslim women all over the world, including Egypt, Morocco, Pakistan, Afghanistan and Arab Gulf countries. Perhaps it is the combination of modern, designer fashion mixed with cultural elements.
Abdulla says it is because “Emirati girls are more daring to try to new things in the sense that we’ve been mostly influenced by western fashion.” She added that women of this generation are edgier, and that they would rather express their sense of style instead of covering it up.
In short, abayas are versatile and trendy. They are certainly not oppressive, and they are certainly not limited to a particular religion. Constantly evolving with the latest runway trends, abayas are much influencers in the global fashion industry as they are influenced. And as Abdulla says, “Like a classic Chanel bag that will never change in design, black abayas will always remain classy and forever in style.” 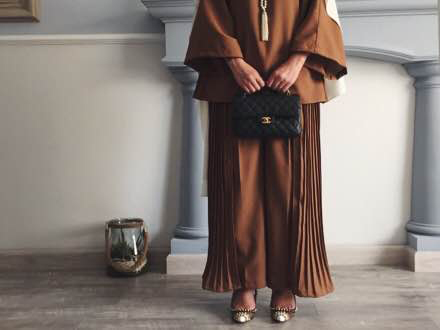 98 thoughts on “Hijab: The Evolution Of A Traditional Garment”