Who wants to be a billionaire? It seems that it takes a lot more to obtain the financial ecstasy that is dreamt of than what the world believes, and the world’s wealthiest entrepreneurs have the evidence to prove it. Though money talks, even billionaires have to adhere to the consequences of their criminal actions. With charges ranging from tax fraud to embezzlement, these billionaires have cheated the system, some suffering minor consequences while others serve life in prison. Here are five known criminally convicted billionaires that will leave you speechless. 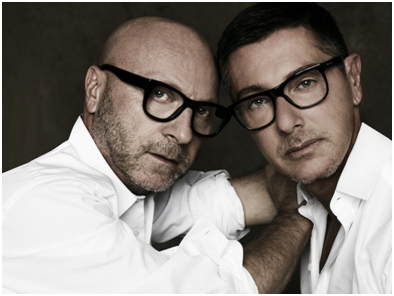 Net worth: $1.65 billion each
Well known for their brand Dolce and Gabbana, Domenico and Stefano appeared as two of the most high profile cases in Italy’s crackdown on tax evasion. The fashion power duo was sentenced to 20 months behind bars for allegedly hiding profits from the taxman through an offshore corporation.
In what the judge called “sophisticated tax fraud,” the designers sold two of their brands to a holding company in Luxembourg named Gado, allowing them to avoid more than US$570 million in taxes. While the designers are appealing, if the conviction is upheld they will be forced to fork over $470 million in fines, says Forbes. 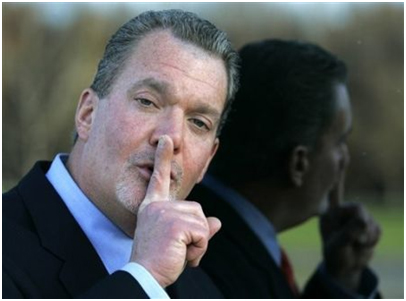 Jim Irsay is the current CEO of the Indianapolis Colts. One Sunday night, Irsay was driving from Indianapolis back to his home in the suburb of Carmel, Indiana. Due to his erratic driving and suspicious acts on the road, the police decided to pull Irsay over.
What police found was a little more than what they were expecting. Irsay was high beyond words and prescription drugs were found in his car. Irsay had to go to jail, and the NFL wasn’t too happy with him. Irsay was suspended for half of the season.

After being sentenced to 110 years for his role in what was described as a ‘massive Ponzi Scheme’, Allen was sentenced to life in prison. The Texan was once the Chairman of the Stanford Financial Group, leading a financial conspiracy that aimed to deceive investors. Stanford’s scheme robbed investors of at least $7 billion. During his time in prison, it is said that Allen sustained serious injuries after a violent assault from a fellow inmate and is now partially sighted. Karma was not in his favor. 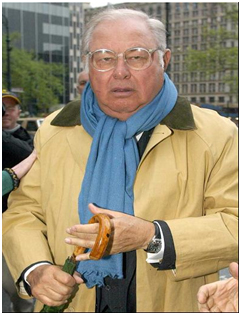 Mall tycoon and former Sotheby’s chairman spent nine months in jail in 2004 for allegedly rigging art auctions. He insisted he was innocent and published a book in 2007 outlining his road to becoming a billionaire and describing his time in prison. The mall mogul pledged $56 million to the University of Michigan and is now the largest donor in the school’s history, having given $142 million. In all he has given more than $250 million to charity, including $26 million to Detroit-area schools. Criminal or martyr for the community? 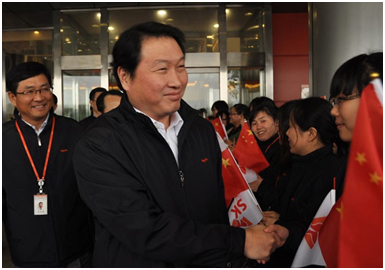 Chey Tey-Won was chairman of the renowned South Korean conglomerate, SK Corporation, primarily involved in the energy, petroleum and chemical industries. He was well-known for securing funds to build the Ulsan Grand Park, a major urban park located in South Korea but he was indicted in 2012 for embezzling nearly $45 million from several SK companies. When he was found guilty, he landed a 4-year prison sentence by the District Court of Seoul and eventually resigned as the corporation’s chairman. The odds were in his favor.