As taking up a gluten free diet the ‘cool, new eating disorder’? According to a quote by actress Jennifer Lawrence in November’s issue of Vanity Fair, going gluten-free is just an excuse to avoid eating carbs. This statement offended the gluten free community, as most individuals go gluten-free to treat their celiac disease. There has, however, been a recent spike in popularity over endorsing a non-medical, gluten-free diet due to advertised health and weight loss benefits. This has prompted mainstream supermarkets to stock up their shelves with a plethora of gluten-free snacks and meal options. A study conducted by Packaged Facts projects that gluten-free sales will exceed a whopping $6.6 billion dollars by the year 2017.

In spite of all of this mania, the weight loss part is not guaranteed.

In some cases, packaged gluten-free products can contain more calories than their full-fledged, gluten counterparts. The key to a successful gluten-free diet is to cut out the gluten and stay away from the packaged foods, even if they are sport a gluten free label. Instead, avoid the gluten and start to incorporate more fruits and vegetables into your diet. Of course, if you cut out the gluten and skip out on eating other foods for the sake of weight loss, you’ll be harming your body by depriving it of necessary nutrients.  This situation can apply to any diet plan, not just gluten-free ones. Any form of extreme dieting or exercising is tremendously harmful to your body.

According to the American Diabetes Association, only about 1% of the population actually suffers from celiac disease. The criticism the gluten-free diet receives from the media tends to hurt those with the disease.  For them, it is not a fad. Eating gluten-free is a difficult lifestyle choice they were forced to make. On the recent episode of South Park ‘Gluten-free Ebola,’ the show mocks the diet by making a newfound, gluten-free Mr. Mackey brag obnoxiously about how great he has felt since eliminating the stuff. This is relatable, as I imagine we all know somebody who brags whenever they make a lifestyle change. Like any personal lifestyle choice, it is probably best not to gloat too much, as any form of self-righteousness will irritate those around you. 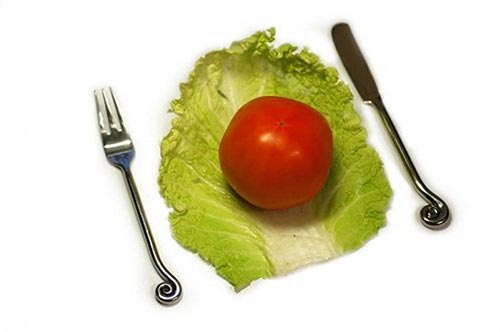 Mr. Mackey may not totally be in the wrong, as a study has emerged that involved 22 participants with irritable bowel syndrome but no celiac disease who found that eating gluten triggered current feelings of depression. Those with irritable bowel syndrome felt better mentally when they didn’t eat foods with gluten, even if they still felt their gastrointestinal symptoms. There are a lot of studies that show correlations between how somebody feels and the diet that they eat. Along with potentially losing weight, you could possibly feel happier by abstaining from gluten too.

With the holiday season right around the corner and the New Year following shortly after, you’ll soon be making your infamous first of the year promise to turn a new leaf and stick to a diet for once. Perhaps, going gluten-free will be in your radar when the ghost of carb’s past begins to haunt your expanded waistline. You’ll be in luck, as many restaurants now offer gluten-free dishes to appease the growing market. Some restaurants have even emerged as entirely gluten-free. The McDonald’s chain in Britain is even debating offering burger toppings without gluten as an alternative menu item. If this succeeds, the food chain may shortly start to offer gluten-free McDonald menu items here in the United States. Whatever your post-holiday diet decision may be, be sure to proceed with caution, consult your doctor first, avoid extreme media opinions and stay humble.

92 thoughts on “To Gluten Free Or To Not”