Magpie, a charming pie shop located at 1622 South Street, is full of the savory and the sweet. Opened in September of 2012, the store sticks to simple yet creative seasonal menus that are sure to please.

Upon entering, you’ll be greeted by crisp yellow walls and comfortable seating (three tables with a booth and a chair side, or the long countertop, close to the pies).

According to store owner Holly Ricciardi, Magpie gets its name from “a type of bird known for gathering things it likes and bringing them back to its nest.” Holly describes herself as seeing the pie shell as a nest, where she gathers to it what she likes. She says she is inspired mostly by classic pies that she gives a “face lift,” pairing one element she loves from a pie with another element.

Her inventive baking philosophy is definitely seen in the store’s pies. 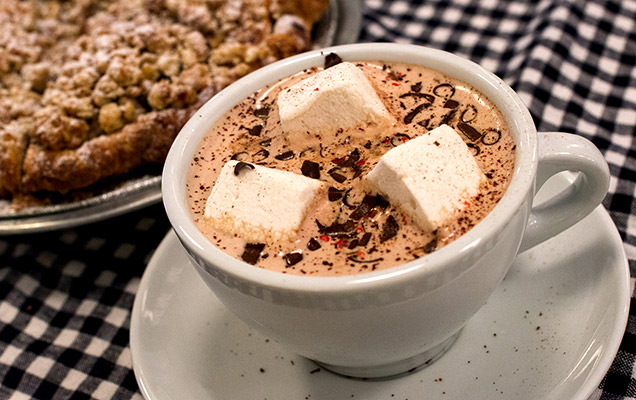 “Growing up for me, there was a pie made almost every week for dessert,” Ricciardi says. “It’s a feel-good food that needs a comeback. When developing the menu, I knew that it was going to be one that the seasons would predict.”

This season, if you’re craving an entree, order a chicken & biscuit, BBQ pulled pork, or mac & cheese pot pie. Looking for a vegetarian option? Opt for the molé chili frito pot pie. All “Savory” pot pies are served with lightly-dressed salad, and some pies with coleslaw and a pickle. For a “Sweet” dessert, select from peach bourbon, blueberry crumb, vanilla custard, or butterscotch bourbon pie.

Ricciardi says that Magpie offers “a variety of seasonal pies, so don’t be surprised to come in and see new pies on the menu.”

The chicken & biscuit pot pie will leave you with no regrets. Take in the thin but crispy crust, which is not flaky or oily. You’ll revel in the smart portioning that satisfies but leaves room for dessert. August’s Granola Smore pie has a homemade granola crust, thicker at the top portion of the pie, and filled with a sort of mix between chocolate custard and pudding inside. Relish the special toasted marshmallow topping and the blend of textures that meet your lips. 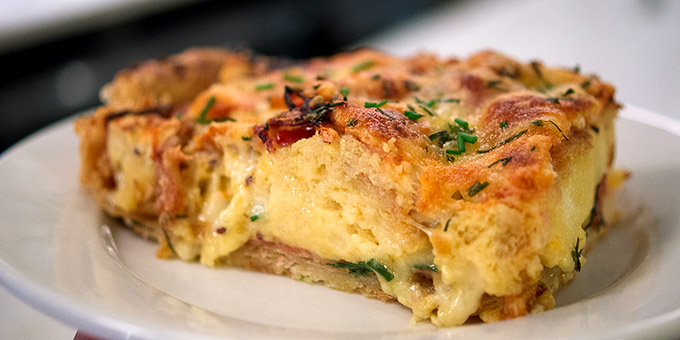 At $6 or less a dessert pie and $10 or less an entrée pie, you’ll leave knowing you not only got a deal but a hearty, delectable treat.

You can also order a pie shake, a Bassetts Vanilla Ice Cream shake blended with a slice of pie. Milkshakes can be made with any seasonal pie, and Ricciardi calls them a “must try.” She also says that Magpie has weekend quiches and seasonal house-made ice cream, and La Combe and Mighty Leaf Tea for a pick-me-up.

For special deals, celebrate Magpie’s September anniversary with a free slice of  Butterscotch Bourbon, the store’s signature pie that is sold year-round, and for $3.14 on National Pi Day. 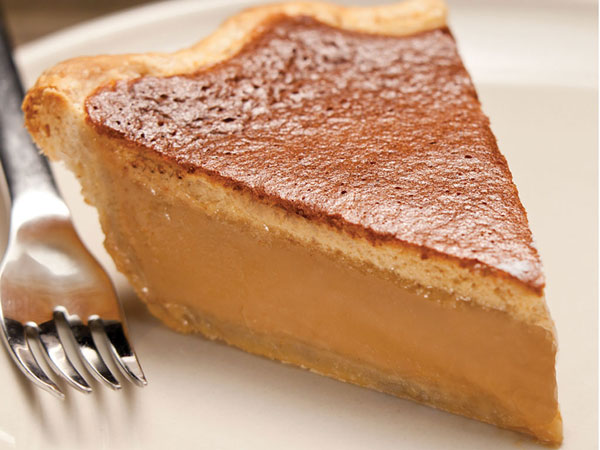 If you’ve ever wanted to try your hand at pie-baking, come in for a pie class that Ricciardi personally teaches with an assistant baker. According to one store worker, classes are usually two hours long and sometimes demonstrate the lattice method. “We have classes year round, and we’re already booking into November,” Ricciardi states.
Check out the shop on Facebook, Twitter, Instagram, or their website.