There are two personal and strange things about me that I would share with the world and those are my passion to create and my love to help. To me modeling is a way of making fast money and a reminder of being viewed as just another rapidly deteriorating beauty. But you know what?! I love creating! And when I don’t create in front of the camera, I need to create behind it (by doing photography, make-up artistry, painting, acting, hosting, organizing events, styling photo-shoots or even providing help as a photography assistant). My passion to create has no limits, therefore I am truly and forever grateful to all the people that I have been blessed to work with and that without them, I would have never got to where I am now, therefore I would have never discovered so many things about myself and about this big, wonderful and creative industry.

I was born in Romania and moved to Italy at a very young age. In Italy I have worked with different modeling agencies. I did the ad for Cimosa Jeans that also appeared in the Star TV: 4 , Milan, Italy issue. Other jobs were distributed in various local Italian magazines (Giornale di Bergamo, Liberta, etc). I also participated in several beauty pageants and traveled to Cannes and St. Tropez for the finals. The cover of the “Le Cannois” (2004) has me as one of the girls in the finals. I modeled for several wedding and jewelry campaigns throughout Europe. Recently I became a United States citizen and worked in The United States as well.  Traveling to different countries helped me learn many languages and gain many friendships. In the US, I have worked with Entourage Models in San Antonio, Texas where I did a shoot for Horace Mann – (school books and teachers manuals), a wine commercial (Cap Rock wine).  And more specifically, in San Antonio, I met Michelle Obama, who gave me a warm hug and appeared on www.kens5.com and on “Oprah”. After I left San Antonio, I decided to organize and host a (local) Beauty Pageant in Germany to support the Fisher House. I`ve always had a huge passion for entertainment and philanthropy projects as well. In the month of October, I worked with London photographer Grant Davis and designer Belinda Chorley and with their amazing team, the shoot earned him the title of “Hasselblad Photographer of the Month”. A few magazine spreads later, I got into acting and just did a short movie right outside of Paris (called “Leavening Lead”) that is still in production. Acting became my biggest passion and I am really hoping to do more of it in the future! 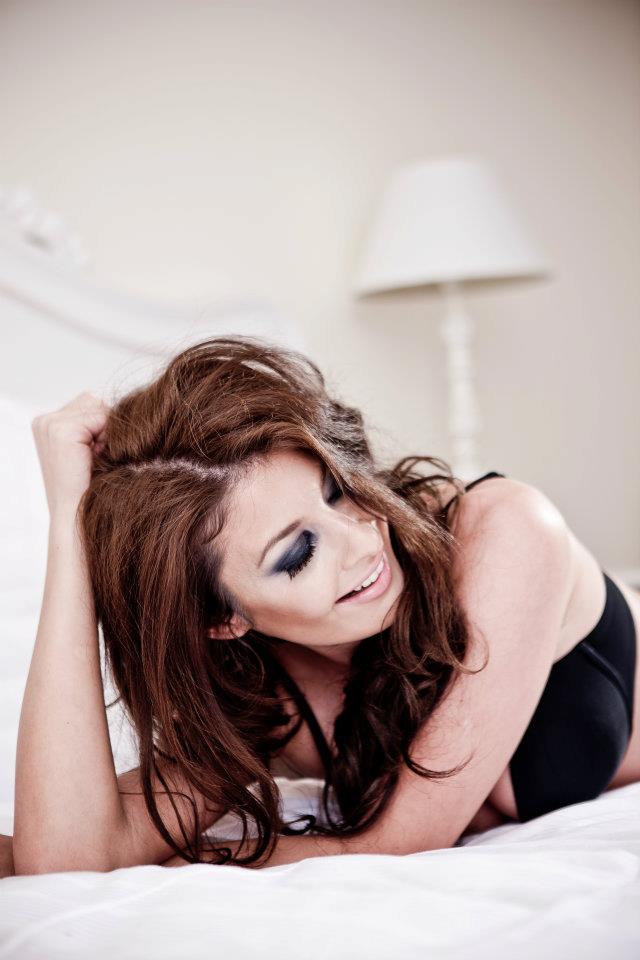 In this industry, I`m not sure how others view me, but I can tell you that I have more friends than enemies; therefore I might not be too bad J I consider myself to be a loyal friend and I try to be a helpful person.  When I go to sleep at night, it is not about how I modeled that day. I rest better if my day involved creating something or helping, in any kind of way. Being a fashion model motivates me to learn, grow, expand and improve in all my talents and most of all, it allows me to create and help.

Written By
Contributor
More from Contributor
Whether these ladies decided to go nearly nude or strategically show skin,...
Read More