Diane Von Furstenberg is indubitably hailed as not only one of the most influential women of an industry ruled predominately by men, but also as one of the most inspirational women of our era.  What other designer could add entrepreneur, fragrance connoisseur, author, philanthropist, princess, and mother to their resume? Along with these incredible feats, Diane is also the recipient of the Council of Fashion Designers of America’s Lifetime Achievement award, additionally DVF is listed as one of the Forbes most powerful women of 2014. 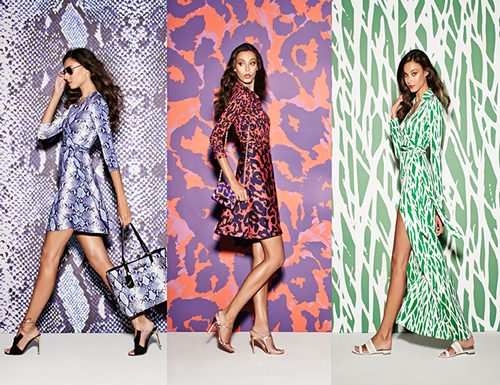 One would think that with all her unyielding successes, DVF would become one of the many complacent contenders in the Fashion World, alongside iconic designers such as Carolina Herrera, Donatella Versace and even Chanel. However, Diane continues to push boundaries, and expand her company into a global empire founded on her personal values of empowerment and glorification of women worldwide.

For the 40th anniversary of Diane’s ultimate creation, the wrap dress, Diane decided to celebrate not only the history of the dress, but all of the fabulous women who’ve worn it throughout the years by hosting an exhibit at LACMA to accompany the release of her memoir, appropriately entitled “Journey of the Dress.” DVF’s memoir served as inspiration for the exhibit, which boasted 200 brilliantly dressed mannequins that seamlessly evolve throughout 40 years of fashion history, as well as masterpieces of Ms. Von Furstenberg herself as rendered by famous artists such as the late and great Andy Warhol. 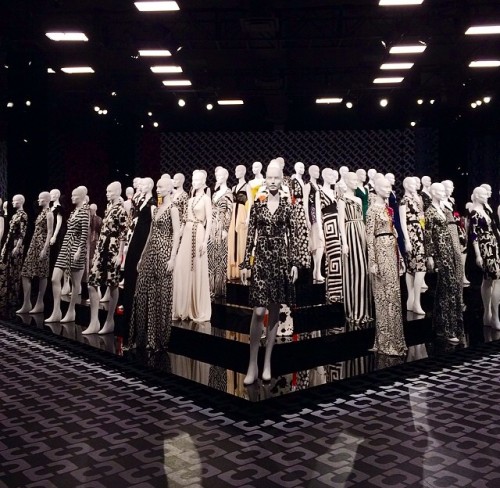 Daring, bold, prints plastered the not only the garments on the mannequins but also were vibrantly displayed on both the walls and floors throughout the exhibit. The vivacity of color and attitude found in ”Journey of a Dress” perfectly mimicked Diane’s unabashed view of what it truly means to be a sophisticated, confident, and stylish woman, as she once famously said, “Attitude is everything.”

Her newest and most noteworthy memoir to date, ‘The Woman I Wanted to Be’, was release on October 28th and received outstanding reviews from the likes of powerful women such as Gloria Steinem, Kate Moss, Sarah Jessica Parker, and even Anna Wintour, the editor-in-chief of Vogue, had nothing but glowing reviews for DVF’s latest work. 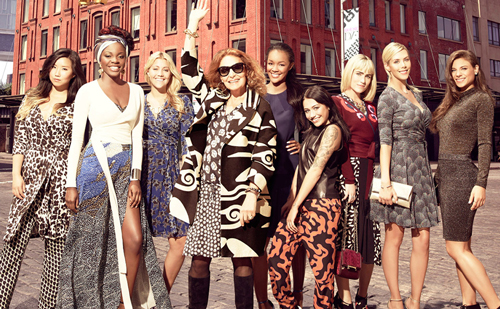 Aside from her clothing collection and numerous novels, Diane has taken it upon herself and perhaps more importantly, her brand, to conquer yet another challenge: television. As of two weeks ago, Diane can add yet another title under her snakeskin belt. Although reality TV star might be a bit misleading when sharing the same network as the Kardashians, Diane has proved that a businesswoman of her stature and elegance can utilize television as a mere facet to expand her enterprise. House of DVF, her reality show, centers on Diane’s search for a young woman who could potentially encompass the legacy and excellence of her brand in order to fulfill the role of Brand Ambassador for DVF.