The Reformation Of A Mafia Hitman

“No, I didn’t think I was the fall guy; I knew I was the fall guy!” John Alite, Ex Mob enforcer for the Gotti family expressed his claims to Social. “How am I a rat? When he (John Gotti Jr) was debriefed in 2005 with a 302 document also called Queen of the Day.” An FD-302 form is used by FBI agents to “report or summarize the interviews that they conduct. Alite explains that this document can be found in the pages of George Anastasia’s Book, Gotti’s Rules: The Story of John Alite, Junior Gotti, and the Demise of the American Mafia,’ by George Anastasia.   to be released Jan 27. 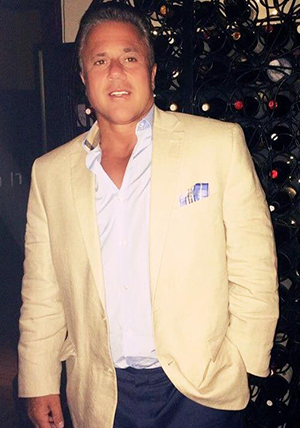 John Alite says he looked up to John Gotti Sr or, Teflon Don, and his image when Alite was a young man. Never cared for his son John Gotti Jr. Alite declares, Gotti Jr had no street credibility and was itching for something to boast about.  He would often self-mutilate with cigar burns to his hand, and command the enforcer to take him to crime scenes after a hit is made, getting a sick thrill out of the aftermath.

Alite also claims, an anonymous police source recalls in the1980s that young Gotti Jr. referred to a violent scuffle involving two Spanish men on Liberty Ave, Ozone Park. Junior allegedly was stabbed in the leg as a result of this dispute. Alite comments, there were no witnesses and it seemed like he wanted to get caught.

Gotti Sr. went to jail in ‘92 giving his son a seat at the round table of “made men.” Alite didn’t respect the thrill seeking directives or the incompetence of the inherit mobster. Notably, John A. mentions that distrust arose for Junior when Bobby Boriello, fellow hit man and family friend of the Gotti’s, was murdered. Gotti Jr. was said to have “bad mouthed him” after he passed.

The desire Prince Gotti had, to satisfy an ego he did not earn was apparent to everyone around him and soon a conspiracy, that Alite was admittedly apart of, was formulated to end the reign of Gotti Jr along with his Uncle, Pete Gotti Sr. and brother in law.

Junior pays off his conspirators, but suffers a tragic death of any hope for street cred. In a 1997 raid the FBI found over 300,000 dollars in cash, a list of “made men” and a guest list of attendees at his wedding. This raid earned him the name of “Dumbfella” in the media.

Alite claims Junior is an idiot, but is not that much of an idiot to have documented evidence just laying around on accident. These documents contained list of other Mob officials and affiliates, or in other words, Alite speculates these documents gave Gotti Jr. leverage.

The 302 was documented and signed by John Gotti Jr. the same year he was released from federal prison in 2005, Alite goes on to say, in this year Junior cooperates against Joe Watts, which is further explained in George Anastasia’s Book.

According to Alite, Charle Carnesi, infamous Mob lawyer, is who discovered the 302. Then informed Daniel Marino, Mobster, and Marino gave it to Josseph Corozzo Sr, acting Mob boss. But Gotti Jr. was not “dealt with” appropriately. It became overwhelmingly apparent to the enforcer that the rules do not apply to everyone, or moreover that there are no rules. John A. mentioned that Pete Gotti Sr, prior to the mob, was on a jury that convicted a man of assault on a police officer. However his cooperation in a trial doesn’t tarnish his Mob stature in the least.

Facing the harsh realities of Alite’s own life choices, he saw the corner he painted himself into, life-in-prison. “When you’re young you believe in the loyalty, comradery and sharing wealth. It doesn’t exist. You don’t see the small print. The betrayal, the lost relationships with your kids, no medical attention, ….”

Having pled guilty to his crimes in 2008, John Alite agreed to be a state’s witness in a case against Gambino enforcer Charles Carneglia in 2008, who was sentenced to life in prison. And then in 2009 he also testified against John Gotti Jr, who was acquitted for the fourth and last time.

Since 1995, Alite has spent almost 20 years of his life in prison. He indicates that his relationships with his children are in the mist of repair, and he goes to therapy. The take-away from his life of crime is that he now has lived the “small print.”

Looking back, Alite says he was a good kid, and played varsity baseball in high school, being captain of the team for two years. He also earned a series 7, but wanted fast money and mobsters were prevalent. He states that Mob life is being glamorized, and that it is nothing for anyone, children especially, to glorify.

Now, John Alite, makes an honest living working in real-estate and has consulting jobs. He wants children in his neighborhood and those reading his story to understand that a life of crime and mob life is not a fantasy and it comes with a heavy price.