Former Marine and now business owner, Patrick Tuohy also known as Pat, has always been a man of risk.  Thomas Jefferson may have said, “With risk comes great reward,” but Pat is a modern day example of how rewarding risk truly can be. 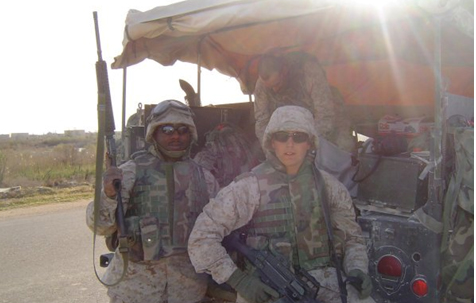 After graduating as a student-athlete from Westfield High School in 2000, Pat attended Roanke College for 1 year before he decided to enlist in the Marine Corps at 19 years young.  Pat served overseas in OIF 1 and OIF II (Operation Iraqi Freedom) all before the age of 21.  With countless forms of military training/education, service overseas and Meritorious Promotions throughout his military career, Pat built common bonds amongst his military brothers and was taught disciplinary and leadership skills.

Post deployment Pat re-attended Roanoke College where he received his B.A. in History in May 2006, then went on to teach at Union High School from 2009-2010.  However, he knew something was not right in his life, and so once more, Pat took a risk.

It was 1 year later, in 2011 when Pat decided to quit his full-time job as a teacher and follow his dream of opening an athletic training center.  Today, 3 years later, Pat successfully owns his own Athletic-based training center known as X-tra Mile Fitness LLC.

X-tra Mile Fitness, located in Cranford, NJ, was built on sweat, fear, passion and a dream.  Pat created this facility to train and assist athletes in being the best they can be, on and off the field.  Their clientele ranges anywhere from 3rd grade student athletes to 80-year-old men/women. Although X-tra Mile focuses primarily on athletes, they offer various other services for other fitness related activities such as yoga, adult/youth boot-camp, 1-on-1 classes, summer camps, TRX, Pilates, etc.

Not only was Pat a former football and lacrosse player in high school and college, but he is also the Lacrosse Coach of Westfield High School where he has won Coach of the year in 2010 (as Assistant Coach) and most recently in 2014 as Head Coach.  With these qualifications, an assortment of certifications and military training it is safe to say that Pat knows a thing or two about fitness and wellness. 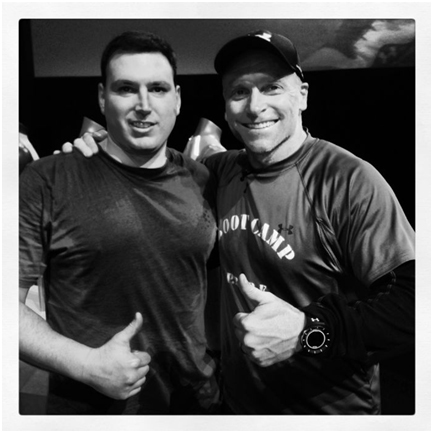 Matt Andzel, Strength and Agility Trainer, has also been a key member of the X-tra Mile team and their growth since 2011.  Former football player and coach received his Masters in Exercise Science from Kean University in 2011 and since then has received multiple certifications in fitness and strength training.  Not only has he played a significant role in the training centers successful expansion but he himself has also learned and grown as an individual from working alongside Pat at X-tra Mile.  “He lets be me, there are no limits,” says Matt, “We have similar ideas on training and share a sports knowledge because of our backgrounds at athletes and coaches, I always feel encouraged here.”

Not only does X-tra mile offer a variety of flexible classes/programs, but they also offer a free consultation for members who are unsure of whether or not this training center may be a fit for them.  Visit their website today (web-address below if you are not able to click the previous link) to learn about their pricing, checkout their class schedule/descriptions, read more on their trainers/athletes, view their online store, collect new healthy recipes and food choices and view photos of the facility and training that takes place on a daily basis.

“The goal remains the same, in order of just providing a premier product for our clients and I feel like, you can’t get too far a head of yourself.  You want to have plans and benchmarks but I also do not like to limit myself, Pat shares, “Sometimes you can limit yourself with your mind before you even start, but what if you could’ve done more?”

It is clear that not only is X-tra mile filled with fantastic training services and equipment throughout the facility, but the clients and athletes who train here are lead by outstanding instructors who want nothing but the best, mentally and physically, for their trainees.  There is nothing you can lose by becoming a member of their extraordinary team, you will only gain.  So, take a risk, and go the X-tra mile.