Inside The Mind Of Film Producer Adi Shankar

di is patient. I learned this as I needled my way through thousands of people after an extended press junket during NYCC. The Javits Center being the behemoth it is, we could not find the designated spot for our interview. Being an avid comic book fan and a film producer, Adi was on the top of my ‘must interview’ list. Granted this might seem audacious considering you might think I had the likes of Kanye West or Brad Pitt in the echelon of interviews, but I had my reasons. Producers rarely get any love. Having done interviews and junkets myself, I feel the focus is usually on the director or actors; sometimes even the writer. It’s like looking at a building and going the only important pieces are the designer and architect. How about the individual that brought them together? Isn’t there a level of interest that should be attributed outside of the industry? So many questions to answer but the only thing on my mind as I almost knocked over a Bumblebee cosplayer was that I could not miss this meeting.

But who is Adi Shankar? I mean he looks like the cool Hollywood type with the intriguing name and face paint. Is he eccentric? Unapproachable? Existentialistic? He is more than just the youngest independent producer in history to have a number one at the box office. Or the guy who drives studios crazy with his introspective shorts on some of our favorite comic book heroes (and villains). He has given us Lone Survivor, The Grey, Dredd, and Killing Them Softly, amongst many others. The man is intriguing, doing AMAs on Reddit and even putting out a 13 rule mantra of breaking into Hollywood itself (which was the basis of my ‘Rise of the Collective’ article a few months back). 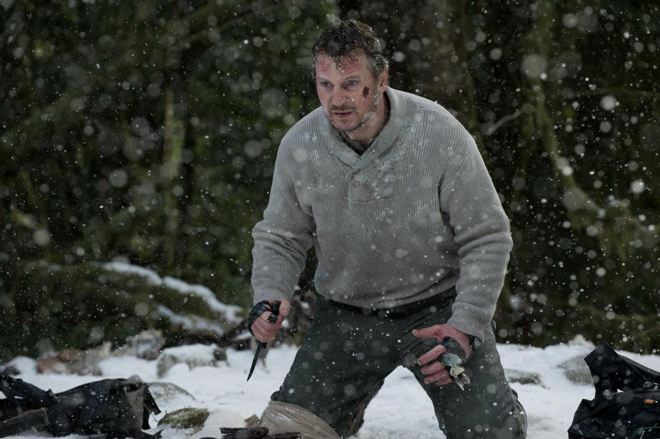 I made it to Adi as he was in between sessions and was looking to grab a bite to eat. He introduced me to his girlfriend at the time, Rachel, and I was ready to reschedule. Instead, Adi went for the interview, and even more so, guerrilla  style. This was my first bloc of interviews that were done on my time, more Adam Carolla-esque in that I was talking to peers and colleagues. I knew I had Mike Tyson in half an hour, but this was different. And different tends to be worth the risk. I rattled off a handful of honest to god run of the mill questions that I cringe hearing back (“Did you anticipate Dredd doing what it did in the box office?”, “How does it feel to be a minority in film?”) before we were inexplicably saved by Michael Uslan (the godfather of Batman and in turn DC). Adi introduced me and Michael, and as they talked, I came to the realization that Adi was, in laymen terms, a cool ass dude. I’ve been dealing with fellow producers for almost a decade in film, and for the most part they are either at least 20 years older than me or pompous as sh*t. Not all of them, but enough for me to always have a guard up. As soon as we started walking again, I changed the way I approached this whole process. See, I read all of Adi’s interviews before. They are carbon copy (no offense to the writers). Anyone can Google how he is the youngest producer to have a number 1 movie at the box office (Dredd) , or how he had one of the greatest viral short of all time (Dirty Laundry). But to really get in the nitty gritty (probably the third time I’ve used that word ever), I had to just be me.

As we ate a quick sushi lunch and talked, I saw how Adi treated Rachel. She wasn’t some trophy girlfriend or arm candy, she was someone he cared about. He seems to always by hyper alert that the people around him are comfortable (as he asked me numerous times if I’m hungry or thirsty). It wasn’t a front, as you can tell the emotional truths of someone by looking at their face as they talk. His look was distant, this was him; there wasn’t a focus on acting this way. Hollywood is filled with two kinds of people; asshats and those who are perceived as asshats, but really aren’t. Adi isn’t an asshat, I maybe one though (kidding).

He talked to me about growing up in Hong Kong, moving about his whole life, and flipping the bird to the system. It’s all fun and games, especially when you can take your love for something (comics), employ a good friend of yours (Thomas Jane), and put together a poignant piece (Dirty Laundry) that was a probably more lauded Punisher flick than the last two that came from FOX. We had a lot to discuss, and we had such little time, but he asked me if the magazine would consider putting him on the cover, as we sped back to Javits. I said yes without pondering much on it. This is someone that NEEDS to be on a cover. He had blown my mind in such a short period of time, and I had to really get in the mind of such a peer who was the anti-asshat.

We split as we got back to Javits, and after wrapping my day, I put a feeler to the team about Adi, resulting in a conversation, which leads to this cover story. This was a lengthy explanation at best, but one needed in showcasing something important. I might be a producer first, but I do understand journalism to a tee.  It isn’t about putting out the juicy story that oozes blood onto ink, creating buzz like flies to carcass. It isn’t about scoops (especially with social media the way it is, who REALLY breaks stories anymore). It is about real f*cking people doing meaningful sh*t. It is about a changing environment in a notoriously unchanging industry. It’s about guys in their 20’s who are not any shade of white coming in and turning things on their heads. And as we met one more time before the end of the convention, I spent a half hour geeking out with Adi over comics, cementing in my head a hope for our industry; people who actually care about their craft. It’s that care that is going to drive this whole business to new depths in the coming years.

The last time I saw Adi was during his photo shoot. He came alone, no publicist or manager and had fun as we sat and got him ready for the three hour photo fest we had ahead of us. There were no frills, just laughs and pizza. As we walked out, I learned that he and Rachel had broken up, and he had a certain air to him that I had not seen since my doomed marriage. It was an understanding of the inevitable, a sadness for what had become, and yet a thirst to learn about relationships on a greater scale. We spent the next four hours really unburdening each other’s souls (not as dirty as that sounds), which lead to us discussing my last relationship (a sh*t show that ended right before NYCC), and the different paths that we all find ourselves on in the journey to the middle (thanks Cameron). It was a long discussion of distracted fathers, cultural pressures, the significance of marriage, and the long hallways of depression that breakups leave us in, surrounded by locked doors of answers, and hanging lights of misunderstanding. As we were wrapping up dinner, Adi was distracted by a group message he was on, which he apologized for. There was never a need for apology, but it lead to him explaining the nature of it, which was a running joke on one of his sets that was never ending. To see cohesiveness on any set (especially after some of the drama I have seen on many) was refreshing. There is usually so much industry gossip to discuss that sometimes it almost feels strange to have an actual human-to-human conversation.

But Adi’s opinions were far reaching. And a big chunk of our time was understanding the Sony hack and The Interview in general. “I don’t know how I feel about that movie, I really don’t, because on some level, the concept is funny. It is a funny concept. But on another level, if another country made the movie about Obama, there would be a problem. So it’s kind of this American hubris, this ethnocentric, egocentric world view that we are untouchable. The old world is dead, welcome to the new world. Yeah you might have a big army but you can annihilate someone on a personal level. Because those (cyber) attacks didn’t affect Sony as it did Amy Pascal. It was almost like they were like Sony’s fine, but we are going after the person who green lit this movie.” This was such a far out notion, as this was something that we are going to have to come to fear; cyber, personal terrorism. The last thing any one of us wants is our search histories leaked (and that’s just one thing that can be leaked).

Leaving his apartment was bittersweet as he was ready to watch Birdman (eh), and I was headed to a holiday party on the Paramount lot. He gave me some last minute advice (Inherent Vice is probably not going to be very good, which I ended up seeing anyways, but yes Adi you were right), and embraced before thanking me for a great time. I had to thank him, because oddly enough I felt I found out more about myself that day then I did about him. I came to terms with an identity crisis I’ve been struggling with since I was younger, as well as really found closure for my ex girlfriend (yeah you girl from Queens). I think I intended to quote him more, but I feel most people wouldn’t get the far out trip we took, so just focus on knowing the true side of someone from the elusive, fantastical mountain entitled Holly-Wood. To take a quote from one of Adi’s interesting characters, Diaz from The Grey, “I just had the clearest thought. I’m done. I’m done”. And so is this story.

Adi Shankar currently has the dark comedy The Voices starring Ryan Reynolds and Anna Kendrick opening on February 6th as well as the Bollywood indie Gangs of Wasseypur open now in theaters. Also make sure to check out his Power Ranges pseudo-sequel below.